During the meeting hosted by deputy superintendent Rob Gannon, school board member Liza Rankin, and Mike Mathias of Anything Helps, Mathias falsely claimed that the encampment was not a security threat despite numerous lockdowns in the school, violence in the encampment and overdose deaths. 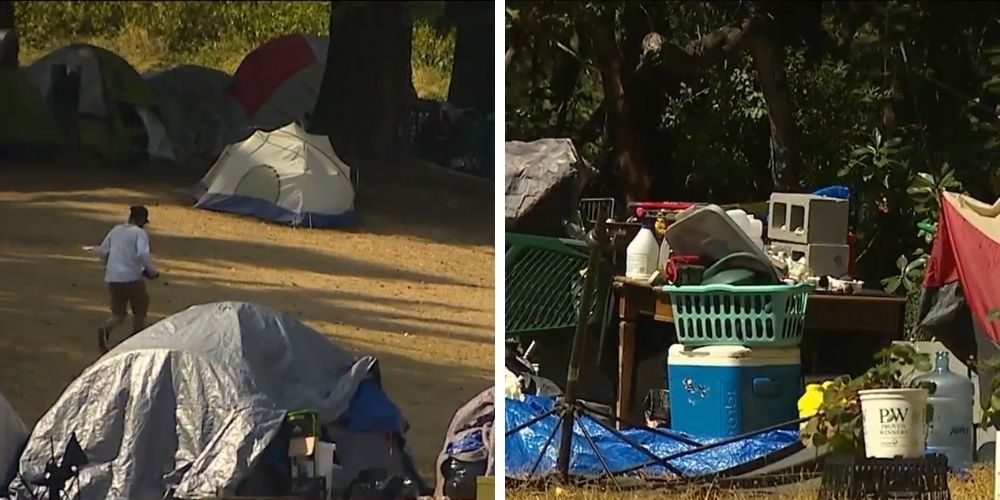 Six weeks after Seattle Public Schools hosted a public meeting to address a dangerous homeless encampment on a public school property, pinning their hopes on one-man organization with an extensive criminal record to solve the problem, it was announced that the encampment behind Broadview Thomson K-8 School will not be removed before classes start on Sept. 1.

Meeting attendees said the campers are being made a higher priority than the children who attend the school and officials set no timeline for when the tents will be cleared.

Teachers, parents and neighbors have been calling for the encampment’s removal for over a year but have been stymied multiple times by the school board. In that time, the encampment has grown and currently 55 people are still living in tents on the property.

During a meeting Thursday night hosted by deputy superintendent Rob Gannon, school board member Liza Rankin, and Mike Mathias of Anything Helps, Mathias falsely claimed that the encampment was not a security threat despite numerous lockdowns in the school, violence in the encampment and overdose deaths. Due to the encampment, the district was forced to hire security guards after having banished police officers as school resource officers from campuses in 2020.

Video provided to The Post Millennial has show fights, drug deals and even an alleged assault of a woman by multiple men inside a tent.

One neighbor told The Post Millennial last month that SPS had erected a fence between the school and the homeless. "Why would they need the fence if they were planning on clearing the encampment?"

Reports of the failure to clear the encampment by the deadline circulated in local media Wednesday night. In response to the backlash, SPS released a statement:

"The partnership between Seattle Public Schools and Anything Helps continues and will continue beyond the start of the school year. Because of the complexity of the operation, we are shifting our anticipated date of camp removal to sometime after the school year begins. As we have previously shared with the community near Bitter Lake, and will do again tomorrow during a community meeting, modifications have been made to fencing, gating and security operations.

"The camp is unauthorized and unsanctioned, and we are firm in our commitment to completely remove the encampment. But it is important to note that the pace of this removal operation is directly tied to the time it takes to fully providing service and support to those experiencing homelessness. Mike Mathias of Anything Helps has done extraordinary work in assisting campers with organizing and preparing for a future that allows them to leave the cycle of homelessness, and we are grateful for his commitment to continue doing so until our goal is reached."

Mathias previously told The Ari Hoffman Show on Talk Radio 570 KVI, that he will not be receiving any money for his efforts and that he turned down funding. However, that claim ran contrary to Seattle Public Schools, which told parents and neighbors that the district is giving $5,000 for Mathias to begin his work.

Donations have also been coming into the fledgling organization and SPS officials said more money may be allocated. His only claim of experience or qualifications of the job was being previously homeless himself.

Police records revealed that Mathias, who has been tasked with dealing with the encampment, has an extensive criminal past as well as addiction and mental health challenges.

Mathias has admitted that he had substance abuse problems and that he completed an in-patient rehabilitation program for his addiction to methamphetamines.

Mathias has previously claimed that he secured agreements from two nearby shelters who have promised to make room for people if the encampment is not removed by the first week of September. This prompted the question as to why the delay in providing shelters for people camping in a field to which, no concrete response was given.

Neighbors have called him a "grifter," equating him to just a new face in the corrupt Seattle "homeless industrial complex."

"If it comes to it, the district has identified some dollars that can go toward supporting this effort a little bit more," said Liza Rankin in July, the school board director whose district includes Broadview Thomson.

Other homeless encampments have been cleared within a week. Most recently, the notorious City Hall Park encampment, the site of a fatal stabbing, multiple assaults and the alleged home of a suspect who attempted to rape a King County Courthouse employee, was shut down and cleared in just a few days.

In emails sent by neighbors and employees to The Post Millennial, board president Chandra Hampson and Director Zachary DeWolf demanded Mayor Jenny Durkan not allow the encampments to be removed from school grounds.