Interim Seattle Police Chief Adrian Diaz said, "So far, year to date, there have been over 100 additional shootings compared to the same time last year in 2020." 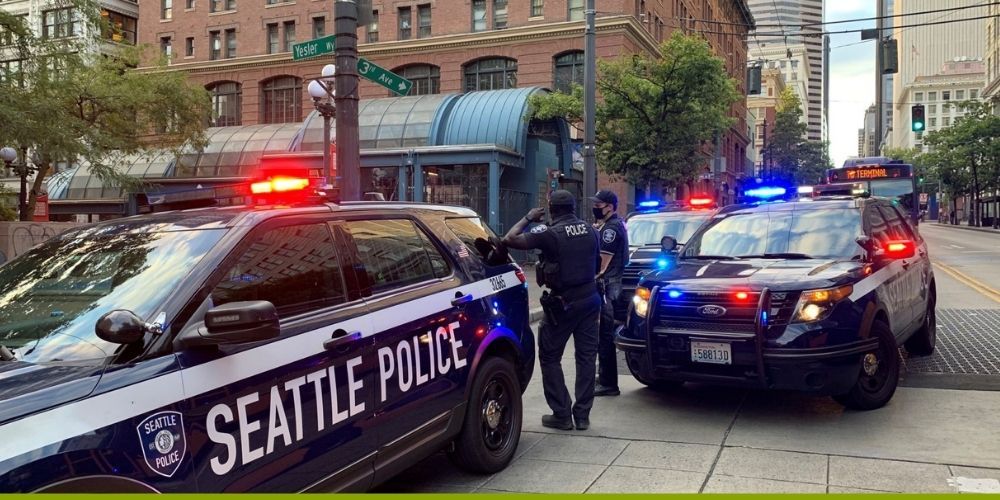 At a press conference Tuesday morning to address a weekend of shootings across the city, Interim Seattle Police Chief Adrian Diaz said, "So far, year to date, there have been over 100 additional shootings compared to the same time last year in 2020."

Following the press conference there were multiple shootings the same day in the city, including a 58-year-old female victim who was shot and injured in a robbery in the Green Lake neighborhood.

Prior to the multiple incidents Tuesday, there had been 16 shootings in the last week alone. As of Tuesday morning, there have been more than 380 shots fired, 135 victims and 35 gun killings in the city so far this year.

According to the King County prosecuting attorney’s latest report on shootings released last week, 197 people have been shot so far this year,  up 61 percent over the past four-year average. That number of victims is the highest number, through the 2nd quarter, since the prosecuting attorney’s office began keeping gun violence data in 2017.

The cause cited by police and safety experts is the slashing of the Seattle Police Department (SPD) budget and the demonizing of officers by public officials. Though the crime wave is spread across the city, victims are typically those in poor and minority communities.

In 2021, in the wake of a year with ongoing riots in the city following the death of George Floyd, the Seattle City Council cut the police budget by an $35.6 million on top of cuts made in 2020, roughly 20 percent of the department's budget.

As part of an annual report on the city's consent decree, Diaz described that "amidst often hostile rhetoric," SPD "experienced an unprecedented exodus of officers to other jurisdictions." Since Jan. 1, 2020, close to 300 officers have transferred, resigned or retired. US District Judge James Robart, who oversees a consent decree signed by the city and the Department of Justice in 2012, recently said, "I have seen too much of knee-jerk reaction and not enough forethought," the judge said. "We have to be religious in continuing to reduce bias and disparity, at the same time we need to recognize … there is an essential requirement for public safety."

The council rejected requests for money to attract new officer applicants and to reallocate money that would have paid the departed officers’ salaries. Only 87 new officers have been hired in the last two years. As a result, the response time for 911 calls has increased and can take over an hour.

From January through July of 2021, SPD responded to 310 shootings, contrasted with 223 during the same period in 2020 and 197 in 2019. The department is so short staffed that command staff has had to reassign detectives from investigations and specialty units to patrol.

According to the report, the council’s cuts have jeopardized the goals they themselves set for alternatives to policing. "Much of the training, technology and review systems implemented under the consent decree cannot be sustained without necessary budget and personnel." It went on to state that because of the cuts and staff shortages "essentially there is no community policing happening in Seattle."

This despite over $100 million dollars allocated by Seattle Mayor Jenny Durkan having been redirected to community alternatives following the month long "autonomous zone" in the city.

It was also revealed on Tuesday the Federal Bureau of Investigations showed a spike in hate crimes in Washington causing the state to have the fifth-most hate crimes per capita in 2020, with the trend continuing in 2021.