The virtue signaling effort was the victim of online mockery due to the fact that the letters appeared to spell MBL instead of BLM for Black Lives Matter. 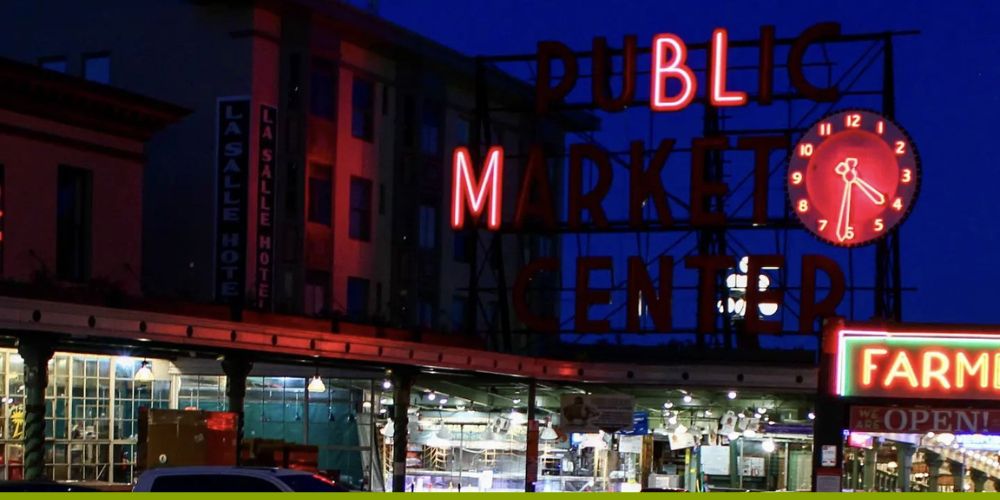 The sign for Seattle’s iconic Pike Place Market was dimmed for Juneteenth so that only the letters B,L, and M were visible on Saturday.

The official account for the market tweeted, "Today is Juneteenth. In recognition of its significance, we are dimming the lights of our Public Market Center Clock & Sign to show only BLM."

However, the virtue signaling effort was the victim of online mockery due to the fact that the letters appeared to spell MBL instead of BLM for Black Lives Matter.

Pike Place Market is one of Seattle's most popular tourist spots with over 10 million visitors per year. The market opened in 1907 and is one of the oldest continuously operated public farmers' markets in America.

During the height of the 2020 riots in Seattle following the death of George Floyd, and in the middle of the armed occupation of six blocks of the city by BLM and Antifa activists called the Capital Hill Autonomous Zone, the market also dimmed the sign.

At the time, the official account for the market posted on Instagram, "Today, the Pike Place Market honors Juneteenth in our continued support of Black Lives Matter. For the first time, we are turning off our iconic Public Market Center Clock sign tonight to illuminate only B-L-M. The main lights will remain off through the weekend," read the social media post.

Earlier that same month, while riots raged across the city, other local organizations and landmarks including the Seattle Space Needle, turned out their lights for "BlackOutTuesday" and tweeted, "Tonight, in solidarity with those standing up against the systemic injustices, racial inequalities, and violence affecting the black community, the space Needle will remain dark. Black Lives Matter."

The market also published a message of solidarity with BLM even as violent riots and protest broke out in Seattle and across the country. Many businesses, including minority owned businesses, were destroyed despite posting signs signaling their support of the BLM movement.

Ironically, stores across from the market, such as the original Starbucks, were vandalized during protests in 2021, on the day of President Joe Biden's inauguration.

Last year, President Joe Biden signed a law declaring Juneteenth, which fell on Saturday this year, a federal holiday. Juneteenth celebrates June 19, 1865, when those who were still enslaved in the Confederate state of Texas learned they were free.