On Wednesday, Senator Kyrsten Sinema voiced her concerns over a staggering $3.5 trillion Senate budget plan, while earlier in the day making a breakthrough on the Biden administration’s $1.2 trillion infrastructure plan. 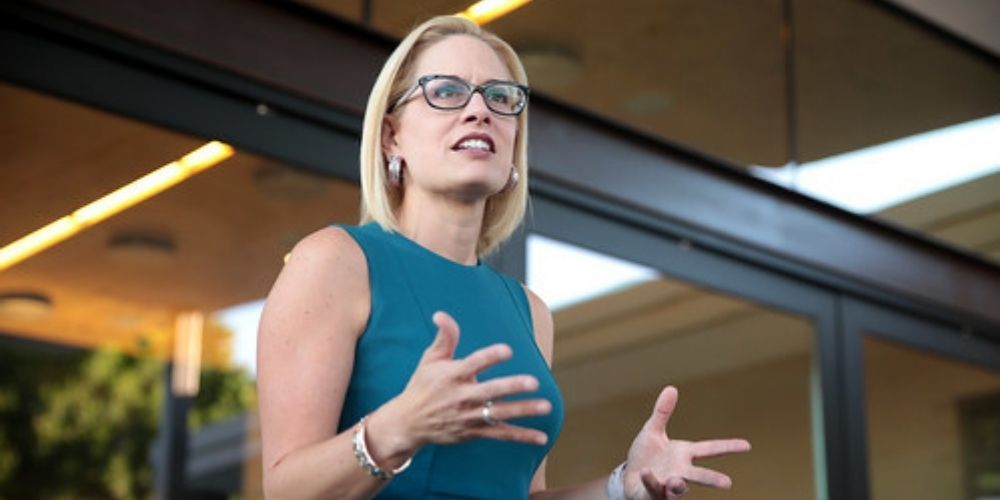 On Wednesday, Senator Kyrsten Sinema voiced her concerns over a staggering $3.5 trillion Senate budget plan, while earlier in the day making a breakthrough on the Biden administration's $1.2 trillion infrastructure plan.

Speaking with the Arizona Republic, Sinema said that while she supports many of the goals laid forth in the Senate Budget Committee's spending framework, the bill price tag was too high.

"I have also made clear that while I will support beginning this process, I do not support a bill that costs $3.5 trillion — and in the coming months, I will work in good faith to develop this legislation with my colleagues and the administration to strengthen Arizona's economy and help Arizona's everyday families get ahead," said Sinema in a written statement.

Sinema, along with Democratic Senator Joe Manchin, have both expressed concerns on the overall budget bill, signaling that Democrats may not have enough votes to pass the bill.

According to the Arizona Republic, All Senate Democrats would have to vote in favor of the budget reconciliation bill to pass it 50-50 in the chamber, where Vice President Kamala Harris would deliver the tie-breaking vote.

The package, as part of President Biden's "human infrastructure" agenda, includes expanded medicare, care for the elderly and disabled, as well as universal pre-k education.

Also on Wednesday, Sinema, in cooperation with Senator Rob Portman, announced a breakthrough on the $1.2 trillion infrastructure plan that would look to rebuild roads, airports, bridges, transit, and other projects across the nation.

Although appearing to have stalled after missed deadlines and lacking GOP support, Sinema briefed Biden on Tuesday on work that she and 10 other Democratic and Republican lawmakers have made on working through so-called "sticking points" in the bill.

The Senate will now be able to vote to move the package forward as early as Wednesday as a result of this breakthrough.

"While bringing both parties together can seem impossible these days, Arizonans elected me to do the hard work," Sinema said to the Arizona Republic. "Our historic legislation would make the strongest investment in America's critical infrastructure in a century — creating Arizona jobs, expanding economic opportunities for our state, securing our water future, and protecting our communities from wildfires."