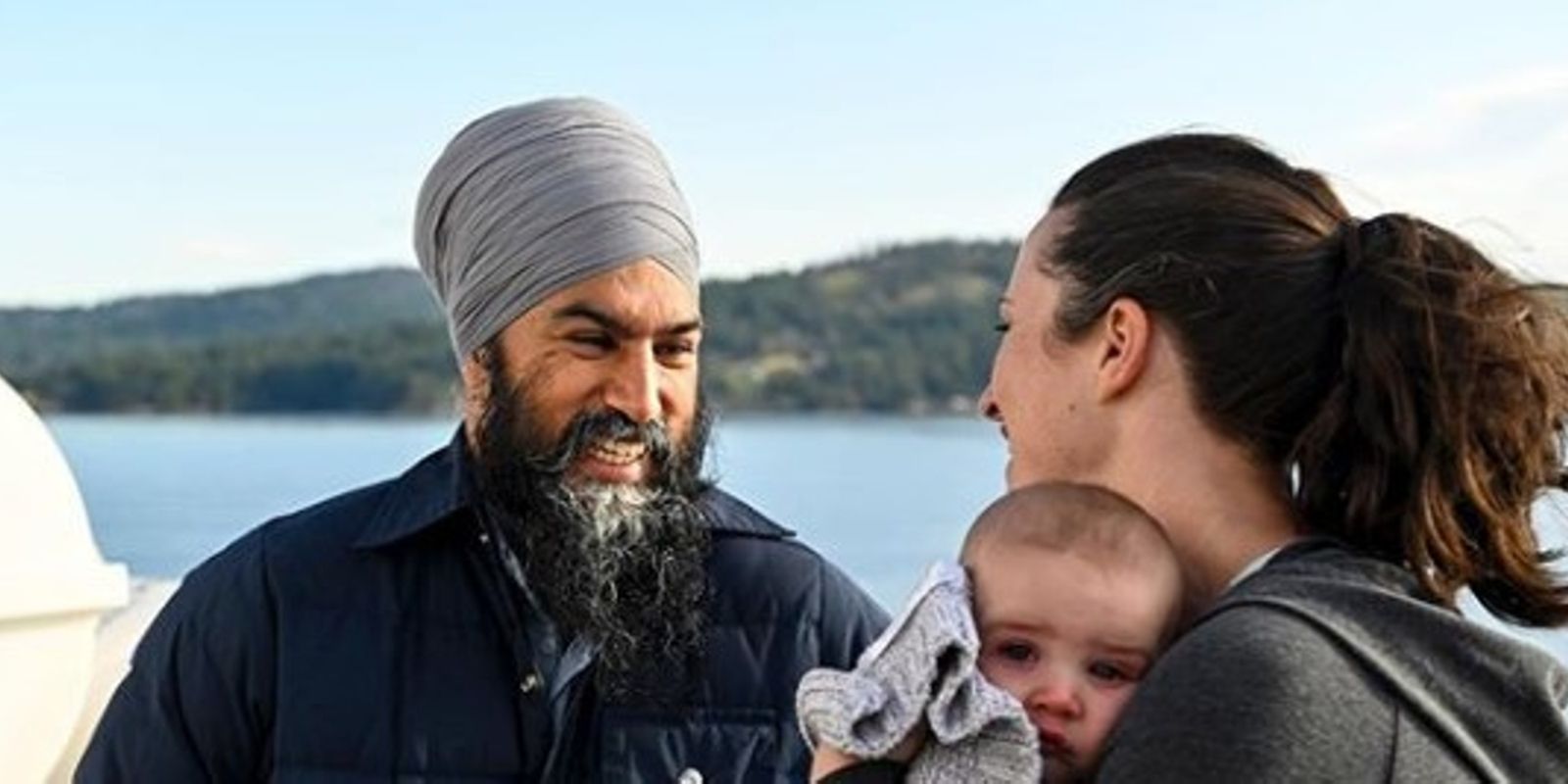 In response to a tight race between the Liberals and Conservatives for seats in parliament, NDP Leader Jagmeet Singh has promised to form a coalition government with the Liberal Party to prevent a Conservative minority.

Singh made the announcement in a Liberal-held riding in Surrey, B.C. amid the Liberals arguing that the only way voters can prevent a Conservative government is to vote Liberal. Singh assured voters that he will support a coalition to prevent Scheer from becoming prime minister with a minority government.

This tactic could help the NDP retain its base following the election, assuring NDP voters that they don’t need to strategically vote Liberal in order to prevent a Scheer victory. Singh said that the NDP would “absolutely” work with the Liberal Party, Bloc Quebecois, and Green party on a coalition government.

On the campaign trail, Liberal Leader Justin Trudeau warned left-wing voters against casting their ballot for the NDP.

“Do we give in to the polarization and the fear and the division and the misinformation being spread online,” he continued, “or do we continue to move forward, pushing back against Conservative cuts and choose a progressive government that is going to continue investing in people and continue fighting climate change.

“I think it’s very clear that Canadians are worried about what a Conservative government would do.”

Bloc Quebecois Leader Yves-Francois Blanchet says that he has no interest in forming a coalition government with anyone, stating that his party represents Quebec’s interests, not the Liberal’s or NDP’s.

“There will be no support for a government, for a party, for a coalition or anything of the sort,” Blanchet said in French during a campaign stop on Sunday.

“We speak exclusively for Quebec and our friendships are more within Quebec than with the other parties in Ottawa.”

Regardless, an NDP-Liberal or NDP-Green-Liberal coalition would be more than enough to swing things in the Liberal Party’s favour, and the Bloc Quebecois wouldn’t be needed.

Conservative spokesman Simon Jefferies said the Conservatives are staying positive in the wake of Singh’s announcement.

“The Conservative campaign has been positively sharing our plan to put more money in the pockets of Canadians so they can get ahead,” Jefferies said in a written statement. “We have also been reminding voters about Justin Trudeau’s record and explaining how he will continue to make life more expensive if re-elected.”