In a gruesome act of animal cruelty, six puppies were tied together by their rear paws and left to die and decompose at a home in London, Ontario. 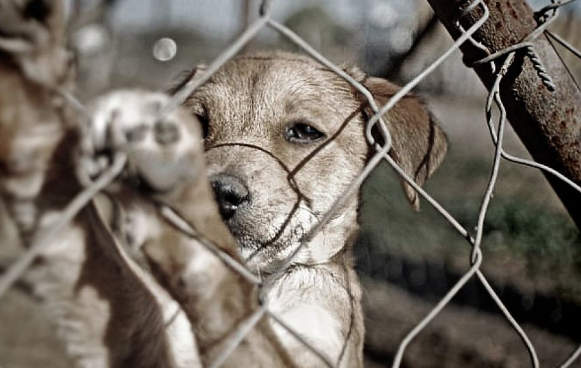 In a gruesome act of animal cruelty, six puppies were tied together by their rear paws and left to die and decompose at a home in London, Ontario.

Global News reports that this morning, at 9:30am, the six puppies were found by a passerby and were in an advanced stage of decomposition.

Norfolk OPP are asking for the public’s assistance in the matter.

“However, I just went over there and had a look, and the rear paws are tied together.”Constable Ed Sanchuk told Global.

“Anyone with information that may know someone who recently had a litter of puppies, five or six of them, and they don’t know what happened to those puppies, they’re being urged to contact Crime Stoppers or the Norfolk County OPP,” Sanchuk went on to say.

Anyone with tips is encouraged to contact the OPP.

Here’s hoping the monsters behind this despicable act are soon brought to justice.