For those of you who don’t know much about our Heritage Minister Steven Guilbeault, here are six quick facts about him. 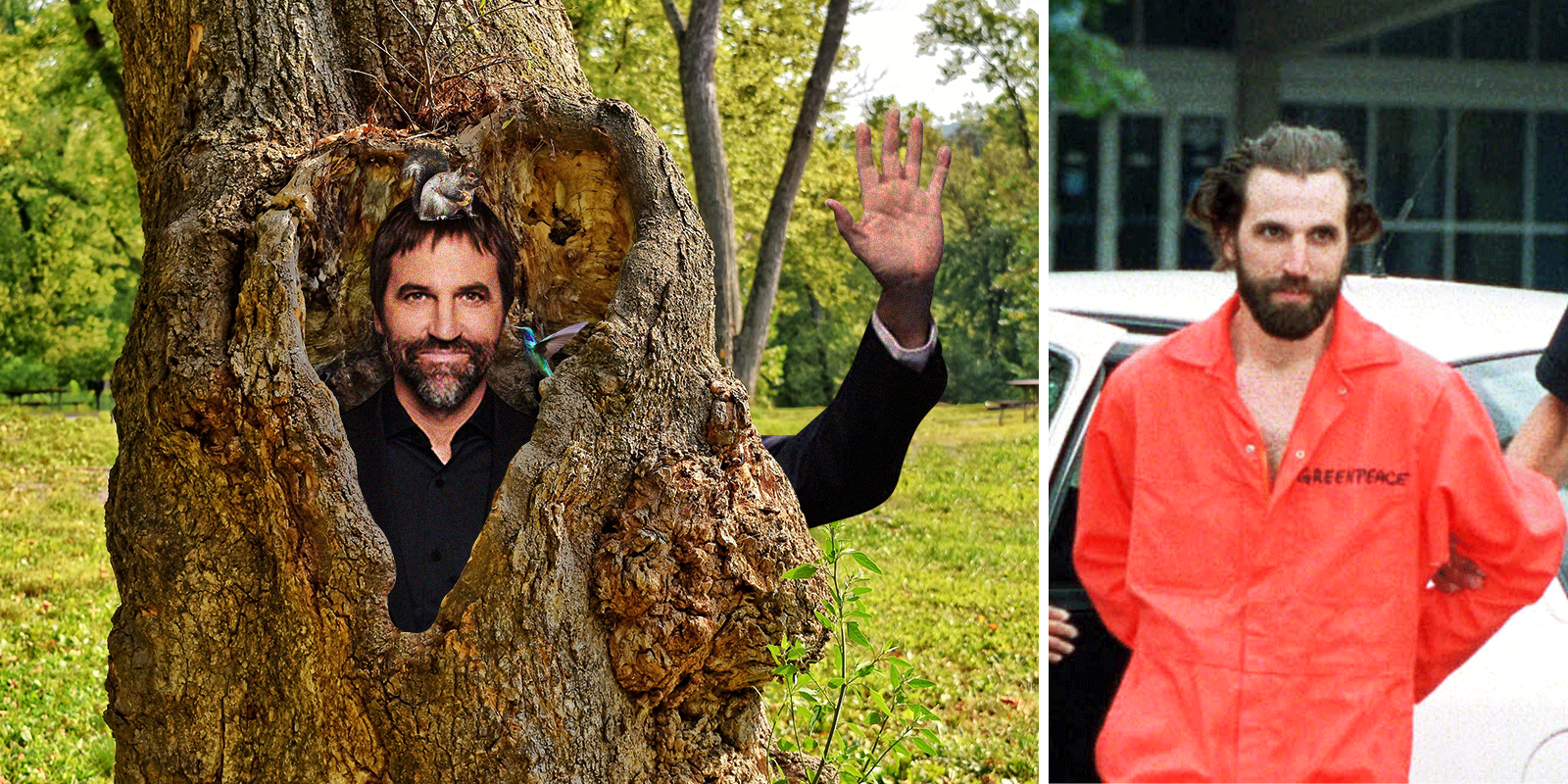 Canadian MP and Minister of Canadian Heritage Steven Guilbeault has built himself quite the resume. In his time in the public spotlight, Guilbeault has made headlines for a variety of stunts, comments, and borderline un-Canadian proposals.

For those of you who don’t know much about our Heritage Minister, here are six quick facts about him.

1. He climbed a tree in protest at the age of five

Born in La Tuque, Quebec, Guilbeault’s history of supposed activism goes back to the young age of five, when he climbed a tree that a developer wanted to clear.

According to Wikipedia, Guilbeault climbed the tree “in an effort to block a land developer from clearing a wooded area behind his home. The tree was felled a few days later, but the event is cited by Guilbeault as the genesis of his environmental activism.”

2. He climbed the CN Tower and got arrested

While a member of the environmentalist group Greenpeace, Guilbeault scaled the CN Tower in an attempt to draw attention to climate change, which at that time was still commonly referred to as global warming.

The protest was in response to Canada and the United States’ position on the Kyoto agreement of 1997. Canada had originally signed the agreement, later ratifying the agreement in 2001. Guilbeault was arrested for his part in the protest.

Years later, Guilbeault was asked about the event, calling himself a “radical pragmatist,” going on to say that civil disobedience was “a tool” he used. “Now I’m using different tools.”

3. He believes in thought-policing

In October of 2019, Guilbeault sent a mandate letter that proposed to create regulations on social media that would remove “illegal online content” such as “radicalization, incitement of violence, exploitation of children, or creation or distribution of terrorist propaganda.”

Of course, that all sounds fine and dandy on paper. But when it’s the government who decides what is considered “radicalizing” content, which Guilbeault is clearly interested in deciding, considering he later met with stakeholders on whether to also include regulations on “fake news.”

Only last month, Guilbeault suggested that news media in Canada should be regulated, and that Canadian news outlets should require mandatory licencing.

“If you’re a distributor of content in Canada and obviously if you’re a very small media organization the requirement probably wouldn’t be the same if you’re Facebook, or Google. There would have to be some proportionality embedded into this,” Guilbeault told Evan Solomon an interview on CTV’s Question Period.

“We would ask that they have a licence, yes,” Guilbeault continued.

Seems pretty cut-and-dry, right? Guilbeault would eventually walk back those comments after a wave of controversy began roaring towards him.

Only days later, Guilbeault made an announcement walking back his comments.

While speaking to media, Guilbeault said “… Our focus will be and always has been that Canadians have diversity to high-quality news sources,” said Guilbeault to reporters in Ottawa.” A near mirror-opposite of what he had previously said… Which leads to number five.

After chickening out of his first comment, Guilbeault would AGAIN say that he would introduce a bill that will follow the recommendations for the registration of internet news sites, according to Blacklock’s Reporter.

That came despite Guilbeault saying that he would not license news outlets after a CTV interview where he said he would. Now, Guilbeault is trying to do the same thing, again.

Despite the controversy that Guilbeault created by these comments, he is now attempting again to register news sites.

This legislation comes after a report by a cabinet advisory panel, where they recommended that the Trudeau government should force news outlets, like The Post Millennial, to register with the government.

This panel believed news reporting that was “accurate, reliable and trusted news content is in peril.” In order to fix this, they believed that a government body, in this case, the Radio-Television and Telecommunications Commission, should monitor outlets.

6. He’s a huge fan of propaganda

As it turns out, Guilbeault isn’t as crazy about honest media as he might make himself out to be. An example of this is that Guilbeault’s Department of Canadian Heritage was directing journalists to write articles about climate change.

According to Blacklock’s Reporter, the Local Journalism Initiative started by then-minister Pablo Rodriguez and now under Guilbeault’s watch would give The Canadian News Media Association payments of up to $14.4 million dollars.

Payments like these, including a subsidy to Yukon-based publication The Narwhal, would inspire environmentalist articles such as “Meet The Alberta Climate Activists Who Say They’re Not Scared of Jason Kenney.”

They also wrote this flattering profile on him. What a coincidence!

The Post Millennial reached out to Guilbeault for comment, and were told that he was travelling, and thus unable to answer.