Stocks for the scandal-ridden Quebec-based engineering and construction company SNC-Lavalin Group Inc. surged by nearly 15 percent on the morning after Justin Trudeau’s re-election to a Liberal minority government. 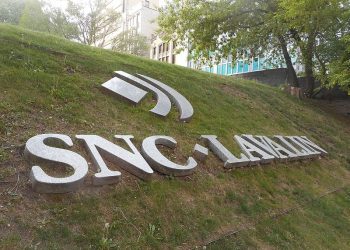 Stocks for the scandal-ridden Quebec-based engineering and construction company SNC-Lavalin Group Inc. surged by nearly 15 percent on the morning after Justin Trudeau’s re-election to a Liberal minority government.

Currently, SNC-Lavalin is facing corruption charges for bribing officials while conducting business in Libya, including bribes to the son of former dictator Muammar Gaddafi.

The company was at the heart of an election interference scandal that plagued the Trudeau government and resulted in the ejection of former Justice Minister Jody Wilson-Raybould and MP Jane Philpott from the Liberal caucus.

Wilson-Raybould has since been re-elected as an independent candidate for Vancouver Granville.

Trudeau was eventually found to have broken the law and had attempted to politically interfere in the prosecution of SNC-Lavalin by the ethics commissioner.

Prior to Trudeau’s re-election, SNC-Lavalin stocks had faced a downturn, falling more than 60 percent over the last year.