A Michigan softball team found themselves attacked on social media for a photo in which five of them were wearing sombreros for Cinco de Mayo. The coach and players have since apologized. 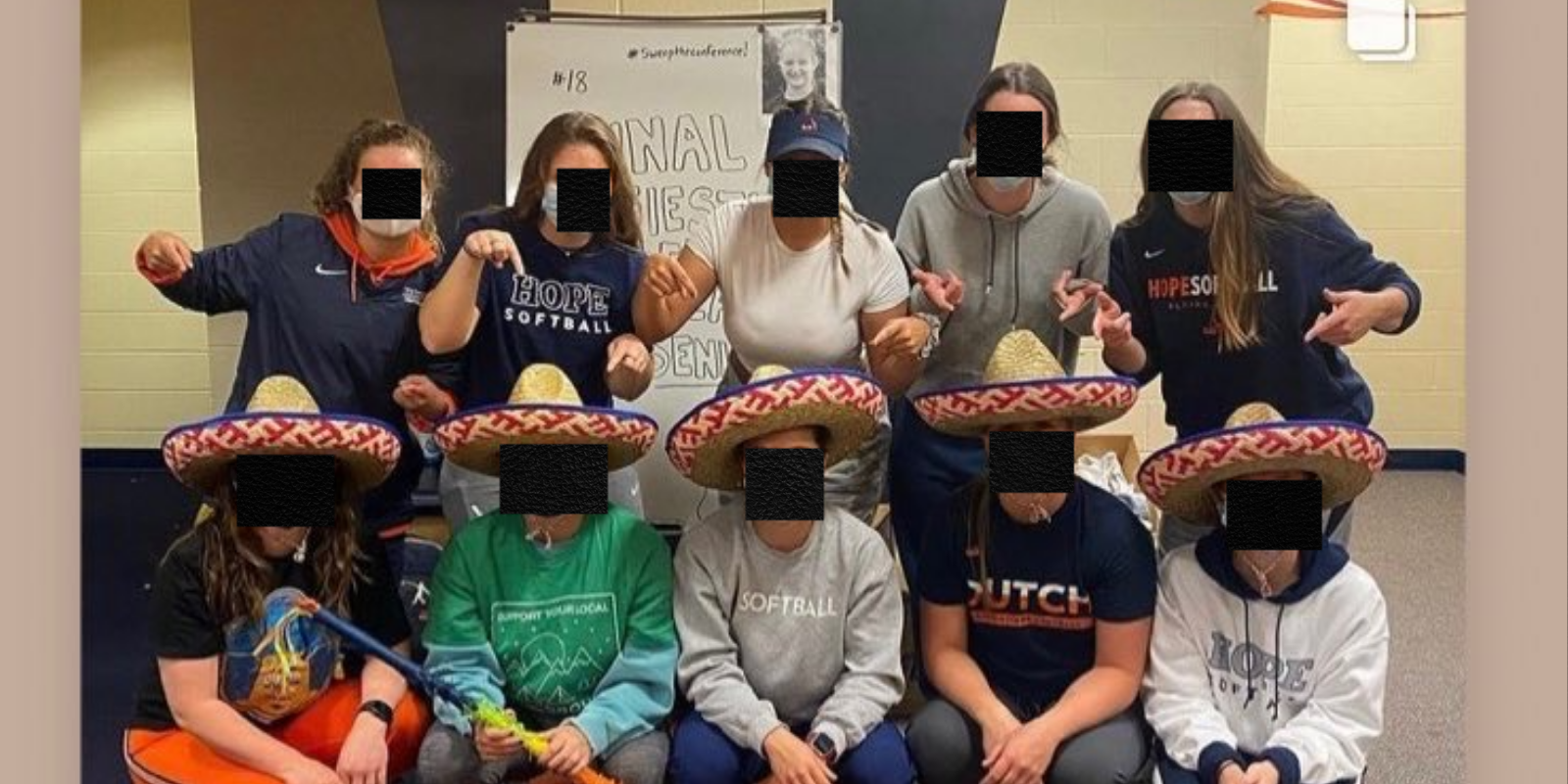 A Michigan softball team found themselves attacked on social media for a photo in which five of them were wearing sombreros for Cinco de Mayo. The coach and players have since apologized.

The women's softball team of Hope College were out and about for Cinco de Mayo, and wound up taking a group photo since they were all together informally. Five of the ten women in the photo, as can be seen, had sombreros on at the time.

According to the Daily Wire, the unfortunate ladies found themselves mobbed on social media, and irate students began calling the college's administration demanding something be done about it.

The students then felt obliged to take the post down and issue the following joint apology:

"The original post featured a picture of softball players wearing sombreros at an informal team gathering. In her apology, Coach Mary VandeHoef recognized the hurt caused by turning a culture into a costume — a hurt that is felt especially deep by our Latinx students, staff, and faculty."

"We, too, acknowledge the pain this caused, we apologize, and we stand with our Latinx community."

Coach Mary VanDeHoef also issued an apology of her own:

"By wearing the sombreros, we turned a culture into a costume, and by posting the image, we demonstrated a lack of awareness. That was wrong."

"I have reached out to the Center for Diversity and Inclusion leadership and our Athletics administration to take the next step forward and I’m committed to developing resources for our team … I am sorry it was at the expense of students and a culture that are [sic] often marginalized and misrepresented."