George Cacioppo, a senior vice president of engineering at Sony, was recently fired after a YouTube channel caught the executive soliciting a minor for sex. 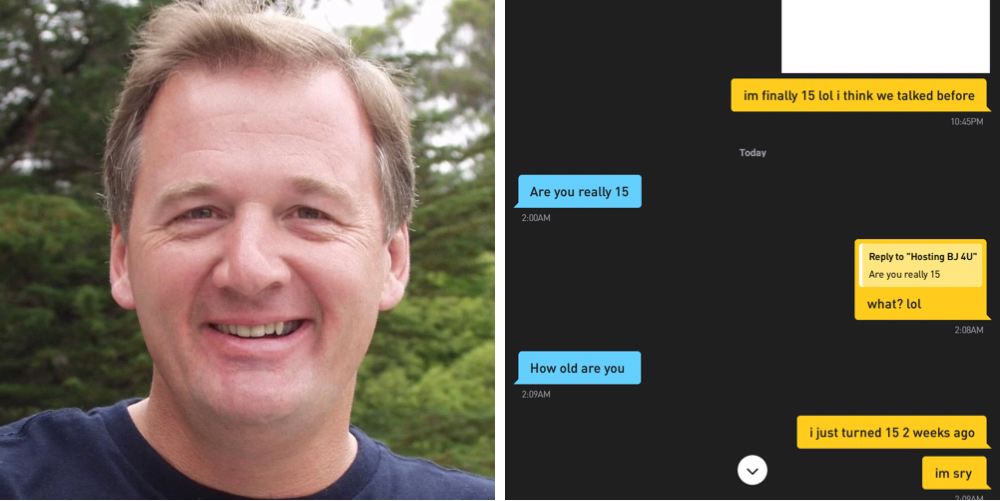 George Cacioppo, a senior vice president of engineering at Sony, was recently fired after a YouTube channel caught the executive soliciting a minor for sex.

According to the YouTube channel People v. Preds, which runs amatuer sting operations on pedophiles, Cacioppo was caught trying to have sex with a 15-year-old boy from the dating app Grindr.

The individuals behind the channel were fronting as an adolescent boy on Grindr when they exchanged messages with George Cacioppo, who used the screen name "Hosting BJ 4U" and went by the pseudonym "Jeff."

Despite the decoy repeatedly telling Cacioppo they were only 15-years-old, the Sony vice president exchanged explicit photos and invited the boy over to a home in San Diego for oral sex. It's unclear if the address is a residence of the Sony executive.

In the video posted to People v. Preds, a cameraman can be seen confronting Cacioppo standing outside of a home and questioning the executive whether or not his name was "Jeff." The camerman continued to ask questions, such as who the executive was planning on meeting, which resulted in Cacioppo going back into the home.

Sony released a statement on Sunday acknowledging the inappropriate behavior seen from Cacioppo and said, "We are aware of the situation and the employee in question has been terminated from employment."