The Medical University of South Carolina (MUSC) is closing down its pediatric gender service and will no longer provide puberty blockers or hormone therapy to minors. 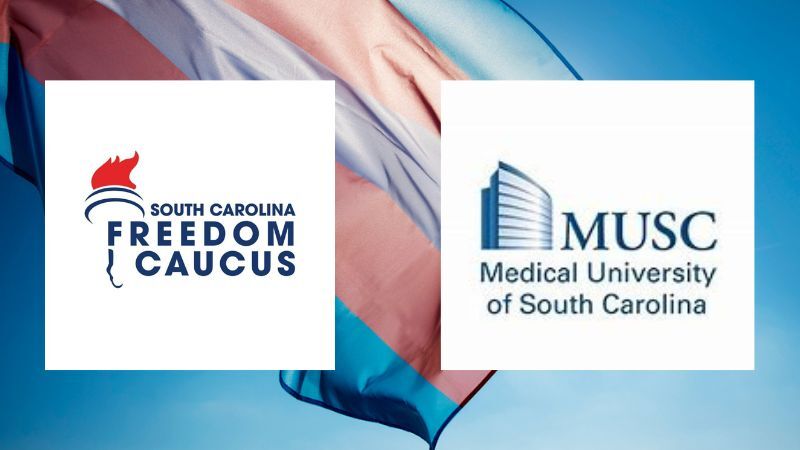 The Medical University of South Carolina (MUSC) is closing down its pediatric gender service and will no longer provide puberty blockers or hormone therapy to minors, according to a statement from the South Carolina Freedom Caucus.

"Officials from MUSC have informed us that they will no longer be providing morally and ethically repugnant 'gender-affirming care' that results in irrevocable and irreparable harm for minors," said South Carolina Freedom Caucus (SCFC) Chairman Adam Morgan.


According to News13, a spokesperson for the medical university said they did not have a specific clinic dedicated to child and adolescent gender care, but did confirm that the institution would no longer be providing puberty blockers or cross-sex hormones for minors.

"MUSC Health does not offer gender-altering surgery," the spokesperson added.

The South Carolina Freedom Caucus describes itself as being "a group of conservatives dedicated to standing on conservative principles in order to pass positive, conservative policy."

The group made a series of Freedom of Information Act requests to the medical university after the American Accountability Foundation revealed research showing that children as young as 4 were being seen at the clinic.

The same research showed that 62 percent of the children were on some form of hormonal treatment, and that a significant number had psychiatric comorbidities.

News13 reports that MUSC responded to this records request by informing the SCFC that the university was no longer attempting to perform sex changes on gender-confused young people.

In a statement, a spokesperson for the university said that MUSC Health has "worked diligently to make sure that we are in compliance with the 2022-2023 Appropriations Act and provision 23.4, and will do the same with any future legislative requirements/directives."

News13 explains provision 23.4 as requiring that "no funds appropriated to MUSC pursuant to this appropriations act shall be used to fund or support any action furthering the gender transition of a minor child under the age of 16. This proviso shall not prohibit MUSC from providing medically necessary treatment that is unrelated to physical gender transition. Further, this proviso does not prohibit mental health counseling services."

MUSC stressed that "behavioral health and nutritional support and social services are provided, based on need, for all pediatric patients and families regardless of sex, gender orientation or race," and that parents or legal guardians are involved in all decision-making.

Andy Roth, president of the State Freedom Caucus Network, declared the announcement to be a "huge victory" for the SCFC and parents in South Carolina.

The SCFC vowed to continue to stand up for the next generation, saying "our children are non-negotiable."