A black passenger traveling as part of a group was removed from a Southwest Airlines flight. According to the airline, the crew removed him for not wearing a mask after multiple requests to do so. 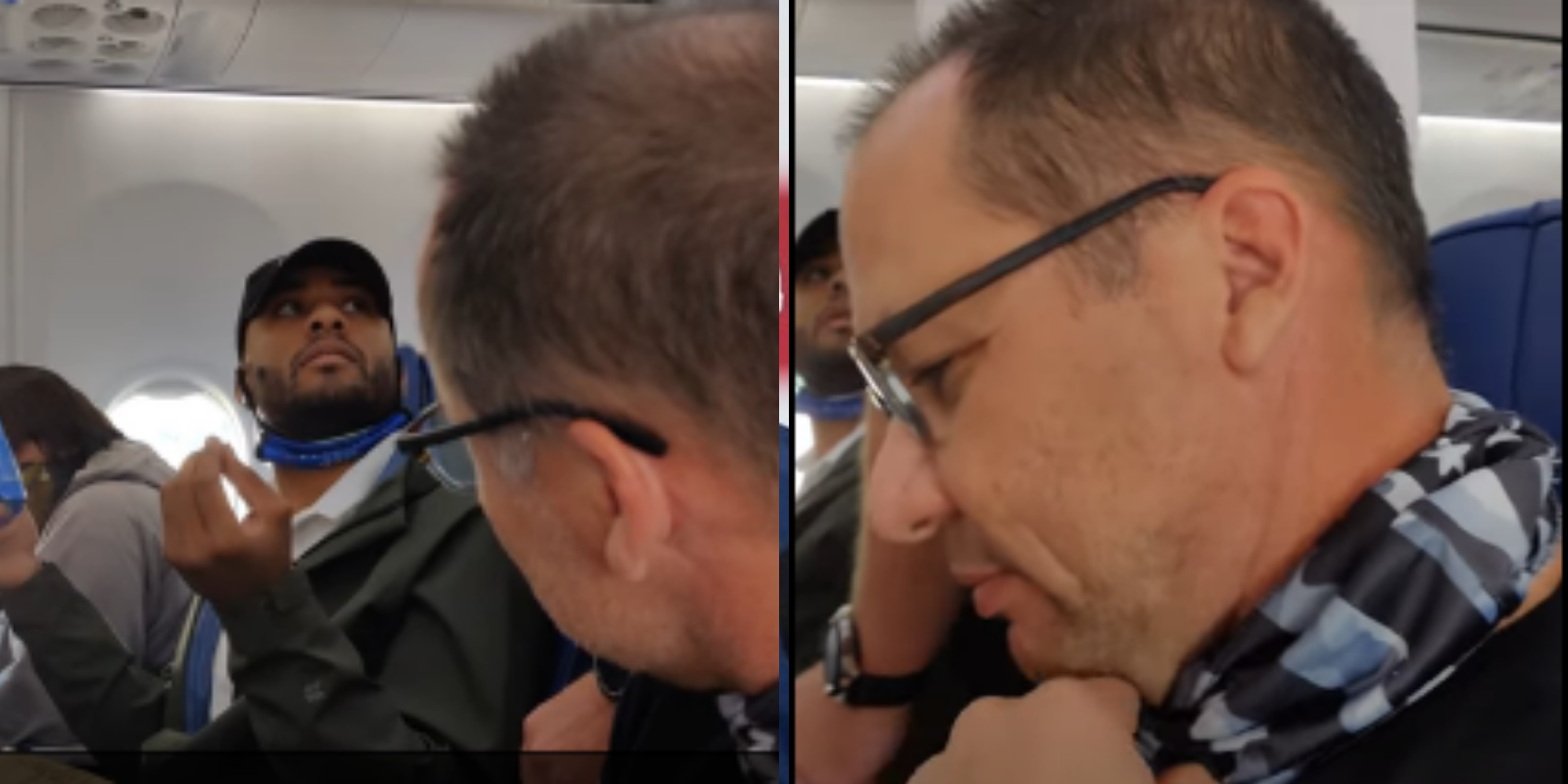 A black passenger traveling as part of a group was removed from a Southwest Airlines flight. According to the airline, the crew removed him for not wearing a mask after multiple requests to do so.

Video shows the interaction beginning at the moment a flight attendant asked the man to leave and runs for just under five minutes.

This is the latest in a series of viral incidents regarding people getting kicked off of flights for possible draconian or perceived discriminatory behavior on the part of the airlines.

One can clearly see another white passenger sitting right next to the black man who is being asked to leave in the frame early on in the video. He was maskless at the start of the video up until the 0:41 mark. At no point during the video did the crew of the plane have anything to say to him.

The woman recording the video has identified herself as KrisAnne Hall, a lawyer who at one point identifies herself as the man’s legal counsel, which is ignored by the crew member. She also identifies the man kicked off the plane as  Philip Ndifon. Hall and Ndifon were traveling together with a group to Amarillo, TX.

Hall believes Ndifon was targeted in a discriminate manner, possibly because of his pro-Trump hat and mask, which had “Black Voices for Trump” and “Trump 2020” printed on them, respectively.

Hall also claims in the video that passengers had been told that they were allowed to take their masks off if they were eating. Ndifon echoes her sentiments.

The man was removed from the flight, and allowed on another later flight, as long as he assured that he would comply with the company’s mask policy.

According to Newsweek, a Southwest spokesperson Chris Mainz defended the crew member's actions.

"The customer did not comply with our crew's multiple verbal requests—including while boarding the flight before seated," Mainz said. "Therefore, the decision was made to return to the gate and re-accommodate him on a later flight to his final destination after receiving assurances he would comply with our face covering policy.

"We regret the inconvenience the situation created for all involved, but our crew must uphold the well-being and comfort of all passengers."

"Our policy clearly states that we require all customers over the age of two to wear a face covering or face mask while traveling to help prevent the transmission of COVID-19.

"We communicate this policy to all customers at multiple touchpoints throughout the travel journey including during booking, in a pre-trip email sent prior to departure, and during a required acknowledgement that's part of the Customer Health Declaration Form which appears during the check-in process," Mainz concluded.