WestJet cancelled a flight from Calgary to Toronto yesterday morning when a family onboard struggled to mask their 19-month-old child. 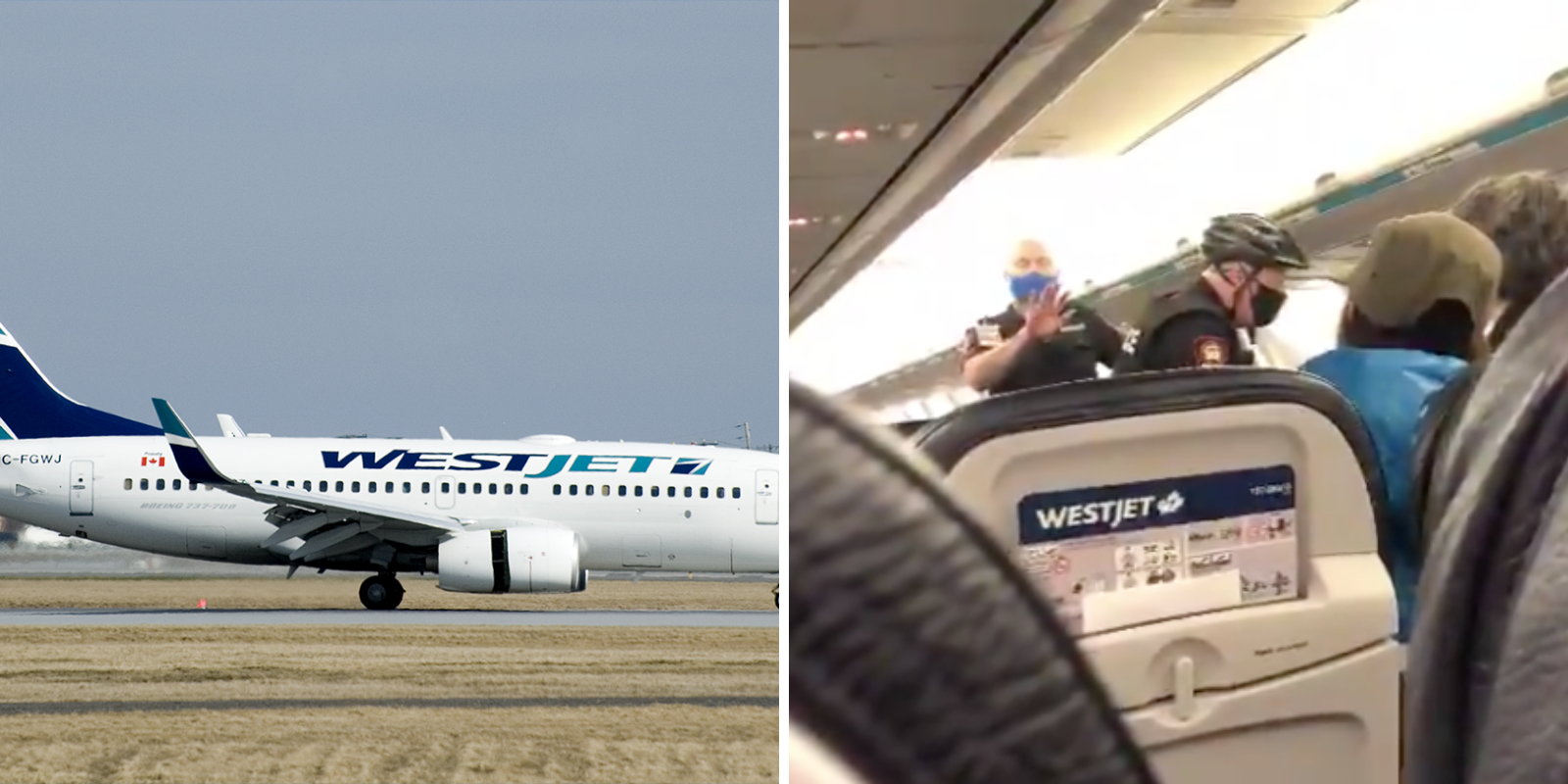 WestJet cancelled a flight from Calgary to Toronto yesterday morning when a family onboard struggled to mask their 19-month-old child.

"Earlier today my family endure the most horrific & dehumanizing treatment onboard @WestJet plane," the father, Safwan Choudhry, tweeted. "My wife was threatening [sic] to be arrested & forcibly removed unless my daughters, 3 yrs & 19 months would wear a mask. While my 3yrs wore her mask, the 19 months old was hysterical."

“We were just looking to go back home like most people after the long weekend,” Choudhry told Global News.

An attendant approached Choudhry's wife, demanding that her child wear a mask. She masked her three-year-old daughter. But as the mother grappled with masking her screaming and panicked 19-month-old baby, the crew member looked on.

That's when the incident escalated.

"[The flight attendant] said, 'I’m asking you for the last time because the next time it will be police that will come here and they will arrest you and you will leave with your child,'" Choudhry recounted.

Two Calgary police officers arrived on scene but told Global News that their presence was only for reinforcements as no charges were levelled against the family.

"This is bulls*t! You're ignorant!" can be heard on camera shouted over the baby's screams as one officer in a bicycle helmet approached the seated family and chastised how they were "reminded several times" to mask up.

"We've all seen it!" someone responded.

The family questioned why law enforcement was warranted given that their 19-month-old is exempt from the COVID-19 mask policy and their three-year-old followed instructions. Transport Canada dictates that children under two years of age are absolved of the guidelines.

Officials confirmed that Flight 652 was cancelled after patrons 'chose not to comply with the Transport Canada order related to the wearing of masks on-board the aircraft for all guests two and older."

"Our flight attendants have access to the guest manifest, which specifically states which guests are under two (booked as infants) and are enforcing the policy as per the Transport Canada regulation for guests two and older," stated WestJet spokesperson Lauren Stewart. "Overwhelmingly, our guests have been doing an excellent job adhering to the directive and we thank them for their co-operation and dedication to the safety of all."

WestJet acknowledged how difficult it can be for young children to comply with pandemic restrictions, and staff are trained for such a scenario. However, non-compliant parental guardians are subjectable to enforcement.

The flight's cancellation was issued moments before takeoff, leaving the family and other passengers stranded.

"The entire flight has a mixed reaction,” Choudhry noted. “Obviously, there [are] people upset with us that we caused this to happen, and there are people who are standing up for us and saying, ‘I’d rather have this flight cancelled and to put up with this.'"

Some guests allegedly hurled racist remarks at the family, but Choudhry still thanked the majority onboard for their overwhelming support.

"We wish to extend our sincere regards & prayers for the passengers who had to endure any form of discomfort & hardship," the father tweeted. "[W]e're glad to learn that most passengers have made it to their destination. We are dearly touched by all messages from various passengers throughout the day."

As of Tuesday night, the family was still grounded in Calgary searching for another flight home.