Halloween is around the corner! But with the official holiday having landed on a Thursday this year, many suited up a weekend early to flaunt their often uncreative get-ups! Here are some of the highs and lows of this past weekend. 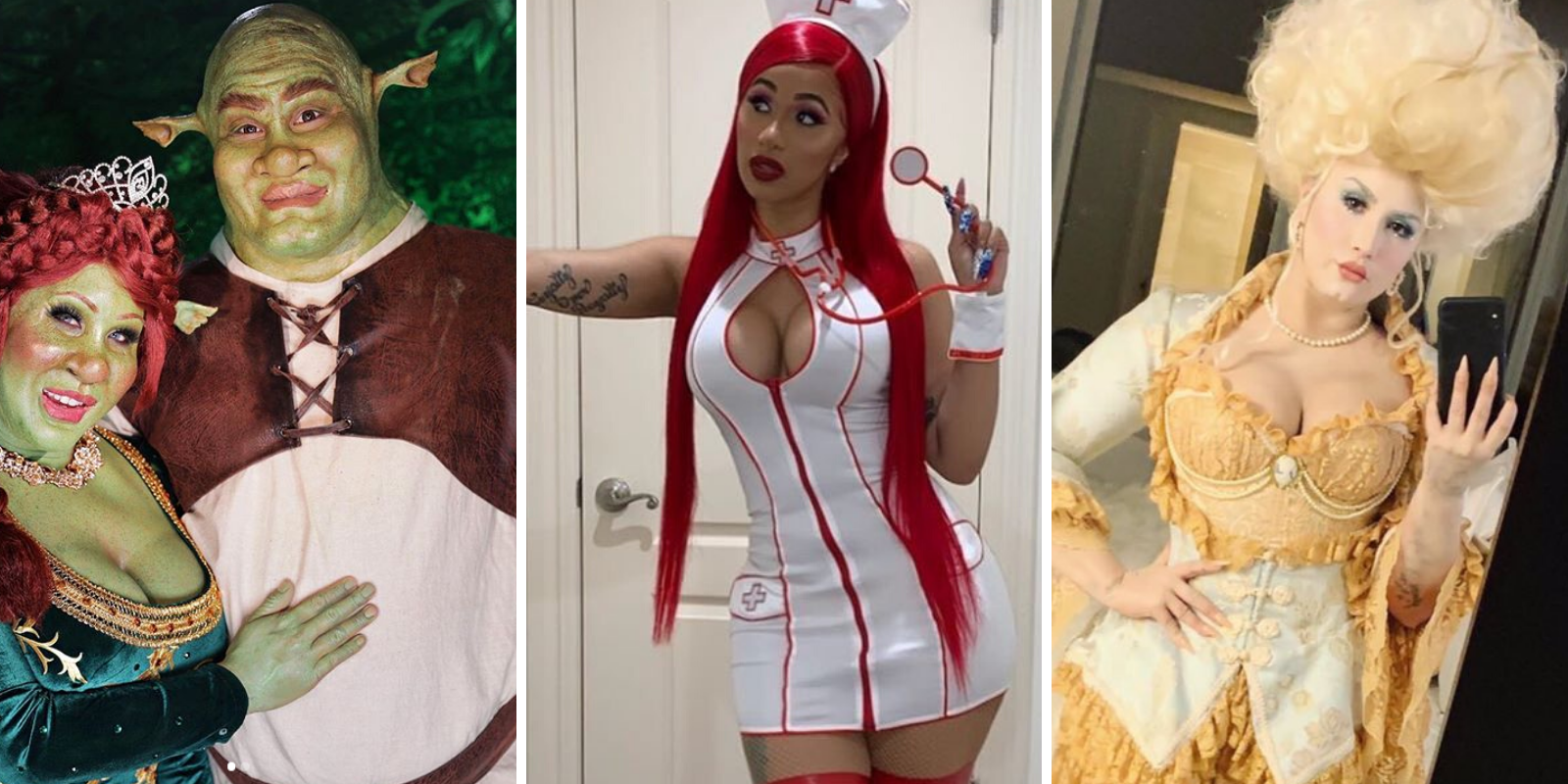 Halloween is around the corner! But with the official holiday having landed on a Thursday this year, many suited up a weekend early to flaunt their often uncreative get-ups! Here are some of the highs and lows of this past weekend.

International superstar Cardi B, short for Cardigan Backyardigan, posted a fire photo of herself dressed as some sort of Sexy Swiss Misses Clause, complete with Mrs. Claus’ signature sexy stethoscope.

Backyardigan, a well known sexual predator and rapper, posted the photo to rave reviews from fans. “Wow. Outfit is [fire emoji]. I think you would most certainly lift up our Veterans spirits if you walked into their VA hospital room like that!” posted Twitter pervert @blabermouth.

All in all, we’re going to give Cardi 3 pumpkins out of 5 ???. Though the creativity of wearing a Sexy Swiss Medical Misses Clause is not something that’s been done before, it could have been better. Perhaps a beard next time, Mrs. Backyardigan.

Rapper Nicki Minaj also decided to dress up for Halloween, double-teaming a costume idea with her husband.

Despite the projected popularity of Joker outfits this coming Halloween due to the 2019 release of Joker, Minaj and her husband Kenneth Petty, decided to dress like a cross country skier who hates his dad, and world-renowned fast-pitch softball champion Lisa Fernandez.

The costume really doesn’t do much for the judges here at TPM, who have decided to give the get-up a collective 2 pumpkins out of 5 ??. The ideas aren’t well thought out enough to justify anything higher.

“‘Won Halloween’ subconsciously conditioning deeper into the divide and conquer groupthink. Right vs left, black vs white, we’re all separated and must endeavor to be better than our peers in all we do,” replied the totally-fun-at-parties Salvatore Antithesis on the photo. “Subtle but effective thru repetition and pure volume.”

In our opinion, though,  Graham’s commitment to being Pregnant Jessica Rabbit is unparalleled. To go through the effort of getting pregnant just for Halloween is truly something we have not seen before.

When it comes to costumes, commitment is really what matters. That’s why we HATE musician and former child Demi Lovato’s costume as Marie Antoinette, the last Queen of France prior to the French Revolution.

The history buffs out there will agree with us. If Lovato was going to be Antoinette, she could have at least decapitated herself via guillotine at 12:15 pm on October 16, as per the historical record.

For that reason, we’re going to give Lovato 1 pumpkin out of 5 ?. Though she looks fantastic, a half-assed idea is one not even worth doing.

Look, we didn’t know who Patrick Starr (not from Spongebob) was until we wrote this article, but we really have to give credit where it’s due.

Star, who has a massive Instagram following of over 4.7 million, dressed as Dreamwork’s studio’s beloved ogre, Shrek.

We aren’t the easiest judges in the world to please, but this costume is nearly a perfect 5 out of 5.

We’re going to give this costume a 4.9 pumpkins out of 5 ?????. The only thing that could have made this costume a perfect 5 is if they had hired Eddie Murphy to dress as Donkey.