BREAKING: State legislatures in PA, AZ and MI to hold public hearings on the 2020 election

The Trump legal team announced today that state legislatures in Pennsylvania, Arizona and Michigan will hold public hearings examining the legitimacy of the 2020 election. 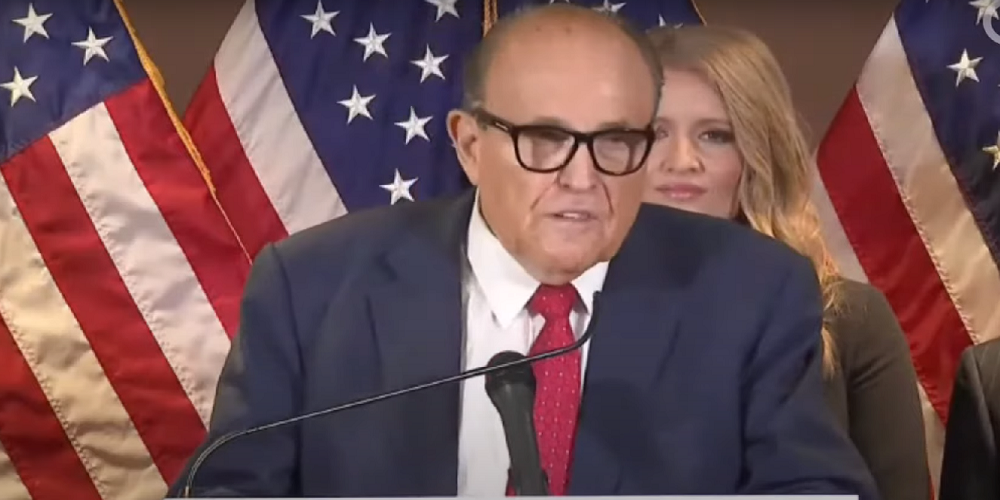 The Trump legal team announced today that state legislatures in Pennsylvania, Arizona and Michigan will hold public hearings examining the legitimacy of the 2020 election in their states starting tomorrow and continuing next week, a Trump campaign press release states.

The the Pennsylvania State Senate will conduct the first hearing Wednesday, November 25. Each Senator will provide a five minute opening statement followed by witness testimonies from those who filed affidavits claiming election fraud, the press release says.

Rudy Giuliani will also be giving a presentation on the first day of hearings, according to the release.

An Arizona hearing is scheduled for Monday, November 30, and a Michigan hearing for Tuesday, December 1st.

The only way to vet the 2020 election results is with "public hearings, complete with witnesses, videos, pictures and other evidence of illegalities from the November 3rd election," Giuliani says in the release.

"We are pleased that the State Legislatures in Pennsylvania, Arizona and Michigan will be convening hearings to examine the November 3rd presidential election," Trump's Senior Legal Advisor Jenna Ellis said.

"There were serious irregularities, we have proof of fraud in a number of states, and it is important for all Americans to have faith in our electoral process. All we have wanted from the outset is to count every legal vote and discount every illegal vote," Ellis continues.

The release states that State Legislatures are able to hold hearings examining the legitimacy of elections as well as select their representatives to the Electoral College serving as a safeguard against election fraud via Article 2, Section 1.2 of the United States Constitution.