"As a condition of these appropriations, the University of Wyoming shall not expend any... funds under its control for any gender studies courses," the budget amendment reads. 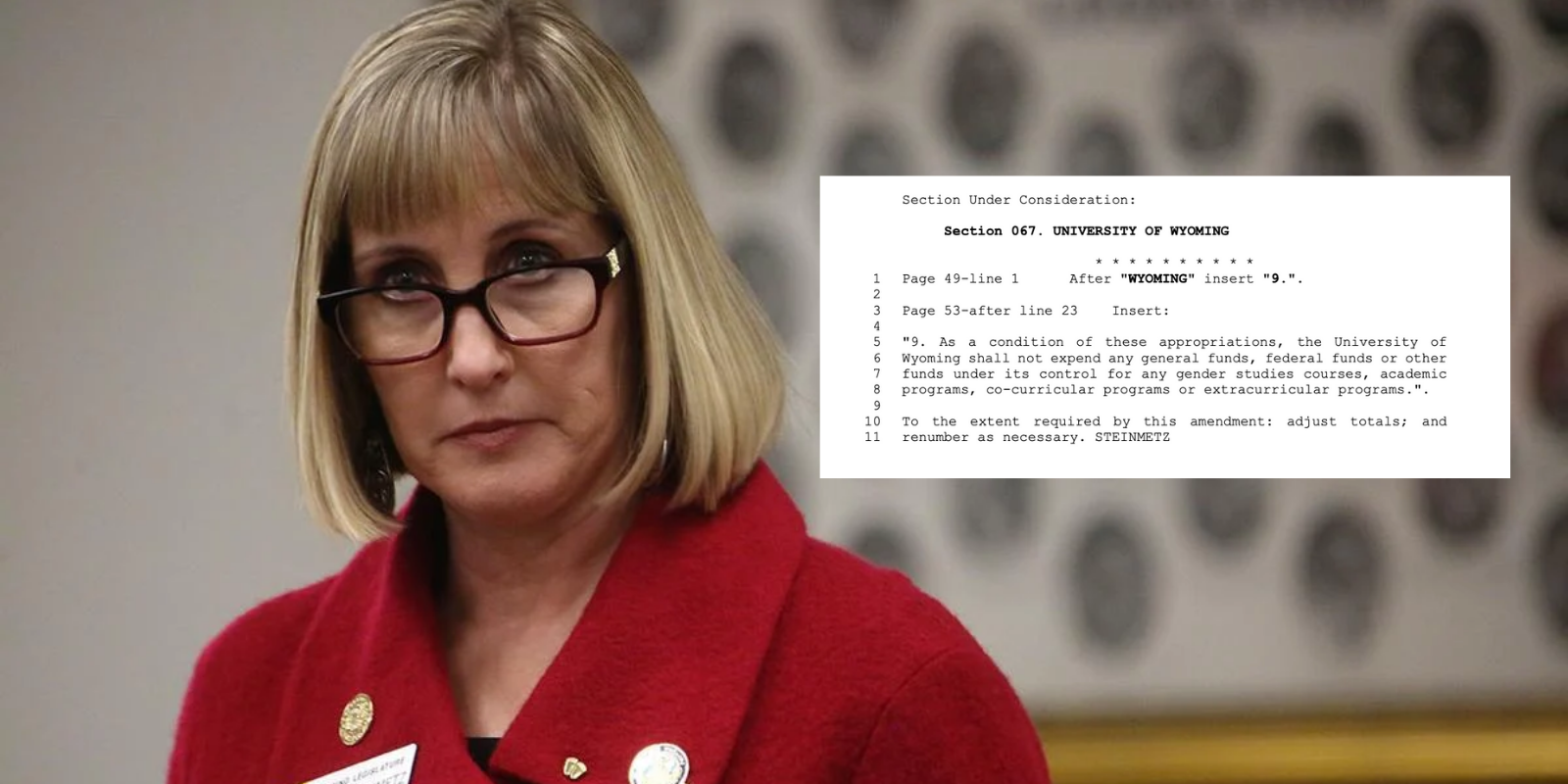 The Wyoming State Senate has cut the Gender Studies program at the University of Wyoming. The vote in the state senate was 16 to 14. The amendment was proposed by Cheri Steinmetz who represents Lingle, and had found some of the course offering at the state funded university to be unnecessarily extreme.

"It's one that's caused me to lose some sleep," Steinmetz said, according to Wyoming Public Media "because as being (one of) the folks that deal with the public funds going to this University, I felt that this was one that our constituents, I know certainly mine, wouldn't agree with."

"And I would challenge any of you to take this home to your constituents and ask them what they think of it," Steinmetz continued.

The amendment reads: "As a condition of these appropriations, the University of Wyoming shall not expend any general funds, federal funds or other funds under its control for any gender studies courses, academic programs, co-curricular programs or extracurricular programs."

Charles Scott, who represents Casper, said that the course offerings in the Gender Studies program are "extremely biased," and that they are so "ideologically driven" that he can't see any academic "legitimacy" to them.

"I think we'll hear complaints about how we’re interfering in the internals of the university," Scott said, "but I think what we’re really doing is sending them a message that they should be concerned about the quality of their work. Needs to be cleaned up. Instructions are being given," Scott said.

A similar amendment was struck down by the Wyoming House, "saying that it was not an appropriate budget amendment," local public media reported. Tara Nethercott, representing Cheyenne, said that this amendment goes to far.

Kate Hartmann, an Assistant Professor of Buddhist Studies at the University of Wyoming, said that it's "an unlawful government overreach and attack on academic freedom that would affect 30 academic programs and 105 courses, and limit the ability of students to learn about the many ways gender affects our past, present, and future."

"The bill is vague enough that it’s almost unenforceable, but also I’m sure that’s the point," she tweeted. "It's meant to cast a chill over faculty speech so that we’re afraid to teach the reality that gender is complex, historically contextualized, and inevitably part of any honest interrogation of our past and present."

The University of Wyoming has a School of Culture, Gender and Social Justice, which is listed as providing "a robust, interdisciplinary, liberal arts education that is informed by the historical, social, political, and cultural forces that shape society. Unique in its hands-on, practical approach, the SCGSJ enables students to understand complex social problems in a way that prepares them to be real-world problem solvers. Upon graduation, SCGSJ students are ready to advocate for justice, capable of developing innovative solutions to society’s most difficult problems, and prepared to lead transformative, collaborative, work in any field they choose."

There's also a "Gender and Women's Studies" department that offers "an interdisciplinary exploration of the issues of sex, gender and sexuality."