Former Canadian Prime Minister Stephen Harper is scheduled to receive the 2019 Moral Courage Award from UN Watch, a non-governmental organization which monitors the performance of the United Nations. 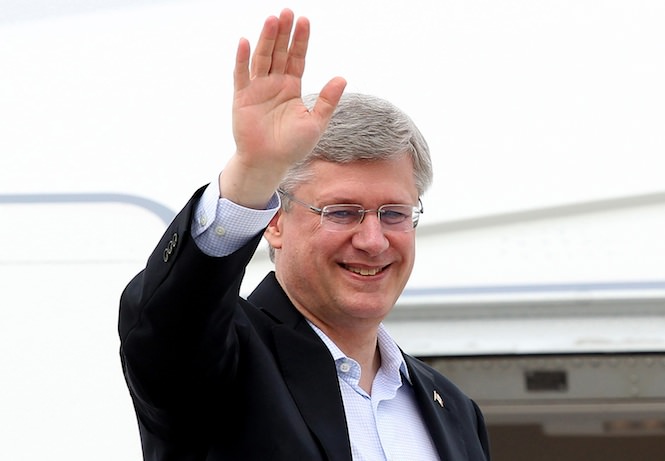 Former Canadian Prime Minister Stephen Harper is scheduled to receive the 2019 Moral Courage Award from UN Watch, a non-governmental organization which monitors the performance of the United Nations.

The award will be handed out at the 2019 UN Watch Annual Gala Dinner on June 13, 2019, in Geneva, Switzerland. In addition to receiving the award, Harper will also be the gala’s keynote speaker.

In a statement posted to the UN Watch Facebook page, the NGO wrote  concerning Harper’s record on Israel related matters:

Under his leadership, Canada was the only country in the world to consistently vote against anti-Israel resolutions at the UN Human Rights Council; the first to pull out of the UN’s antisemitic Durban II Racism Conference; and the only nation to stand up to the entire 54-nation Francophonie and prevent them from wrongly blaming Israel for the second Lebanon war. UN Watch

A Macleans article from 2013 writes of Harper saying that “On matters of Israel, the Prime Minister is utterly immovable.”

UN Watch was created in 1993 by civil rights activist Morris B. Abram, the former U.S. Permanent Representative to the United Nations in Geneva. The organization participates actively at the UN as an accredited NGO in Special Consultative Status to the UN Economic and Social Council (ECOSOC) and as an Associate NGO to the UN Department of Public Information (DPI).

The group’s primary focus is to ensure a just application of UN Charter principles by the UN. Its advisory board contains leaders from across the world including a Canadian, Professor Irwin Cotler, a international law professor and former Liberal MP and Justice Minister.