Steve Bannon subpoenas Pelosi and Jan. 6 committee ahead of trial 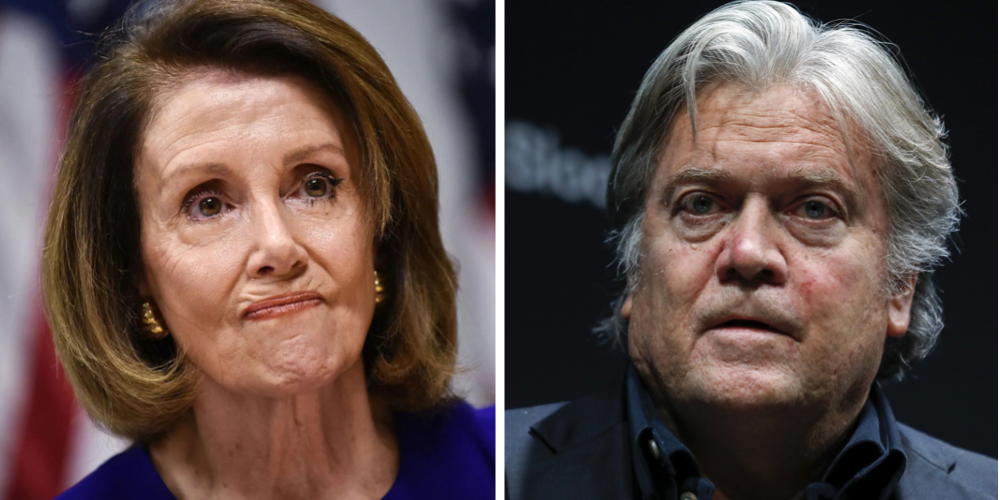 Steve Bannon, former chief strategist and counselor to President Donald Trump, has subpoenaed House Speaker Nancy Pelosi (D-CA) and other members of the select House Committee investigating the Jan. 6 riot at the US Capitol, as he builds his defense before going to trial next month after defying a congressional subpoena from the committee last year, CNN reports.

Bannon was indicted by a federal grand jury in November 2021, and charged with contempt of Congress for refusing to testify before the January 6 select House Committee. He has pleaded not guilty.

16 lawmakers and congressional staffers were subpoenaed by Bannon's legal team to testify at his July trial, according to one of Bannon's attorneys, CNN reports.

Bannon's attorneys are arguing that Bannon was not required to testify on grounds that it could have jeopardized former President Trump's executive privilege.

"I believed from the start that it's a purely political motive going after Bannon," said David Schoen, one of Bannon's attorneys.

Schoen said that if the committee actually wanted Bannon's testimony, they wouldn't have criminally charged him, and that the charges are politically motivated.

"They'll never get his testimony now," Schoen said. "I have to draw the conclusion it's purely a political message. They're afraid of the message Bannon puts out there."

The Jan. 6 select House committee is set to hold its first public hearing on Thursday, June 9.