"These Democrats only have one tired trick—political theater—and their latest request only reinforces that pathetic reality." 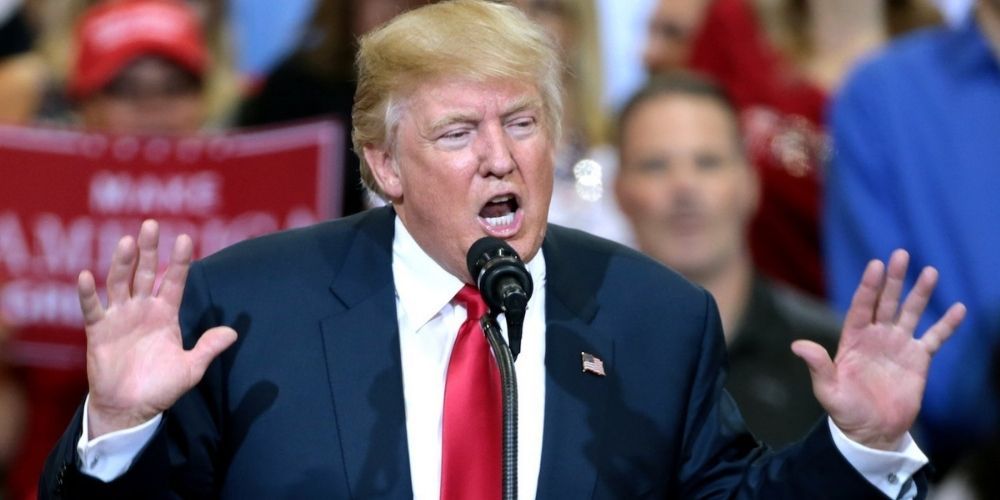 "The Leftist 'select committee' has further exposed itself as a partisan sham and waste of taxpayer dollars with a request that's timed to distract Americans from historical and global catastrophes brought on by the failures of Joe Biden and the Democrats," said Trump in a statement Wednesday, according to the Daily Mail.

"Unfortunately, this partisan exercise is being performed at the expense of long-standing legal principles of privilege," he continued. "Executive privilege will be defended, not just on behalf of my Administration and the Patriots who worked beside me, but on behalf of the Office of the President of the United States and the future of our Nation."

"These Democrats only have one tired trick—political theater—and their latest request only reinforces that pathetic reality," Trump concluded.

In a letter to the National Archives, committee chairman Representative Bennie Thompson demanded a vast array of documents, including various communications and visitor logs from the day, as well as "all documents and communications related to the mental stability of Donald Trump or his fitness for office."

In asking the National Archives for these communication documents, Thompson said that the committee is looking for "Planning by the White House and Others for Legal or Other Strategies to Delay, Halt, or Otherwise Impede the Electoral Count."

In a letter to the Department of Defense, the committee demanded: "all documents and communications relating to the establishment of martial law, requests to establish martial law or legal analysis of martial law."

In addition, they requested documents and communications "relating to defying orders from the President."

"The Select Committee to Investigate the January 6th Attack on the United States Capitol is examining the facts, circumstances, and causes of the January 6th attack. Our Constitution provides for a peaceful transfer of power, and this investigation seeks to evaluate threats to that process, identify lessons learned and recommend laws, policies, procedures, rules, or regulations necessary to protect our republic in the future," wrote Thompson on the release of the letters.