I recommend protests. I recommend legal challenges. I even recommend peaceful civil disobedience. To the premier and his cabinet I recommend resignation. They've done enough harm already. 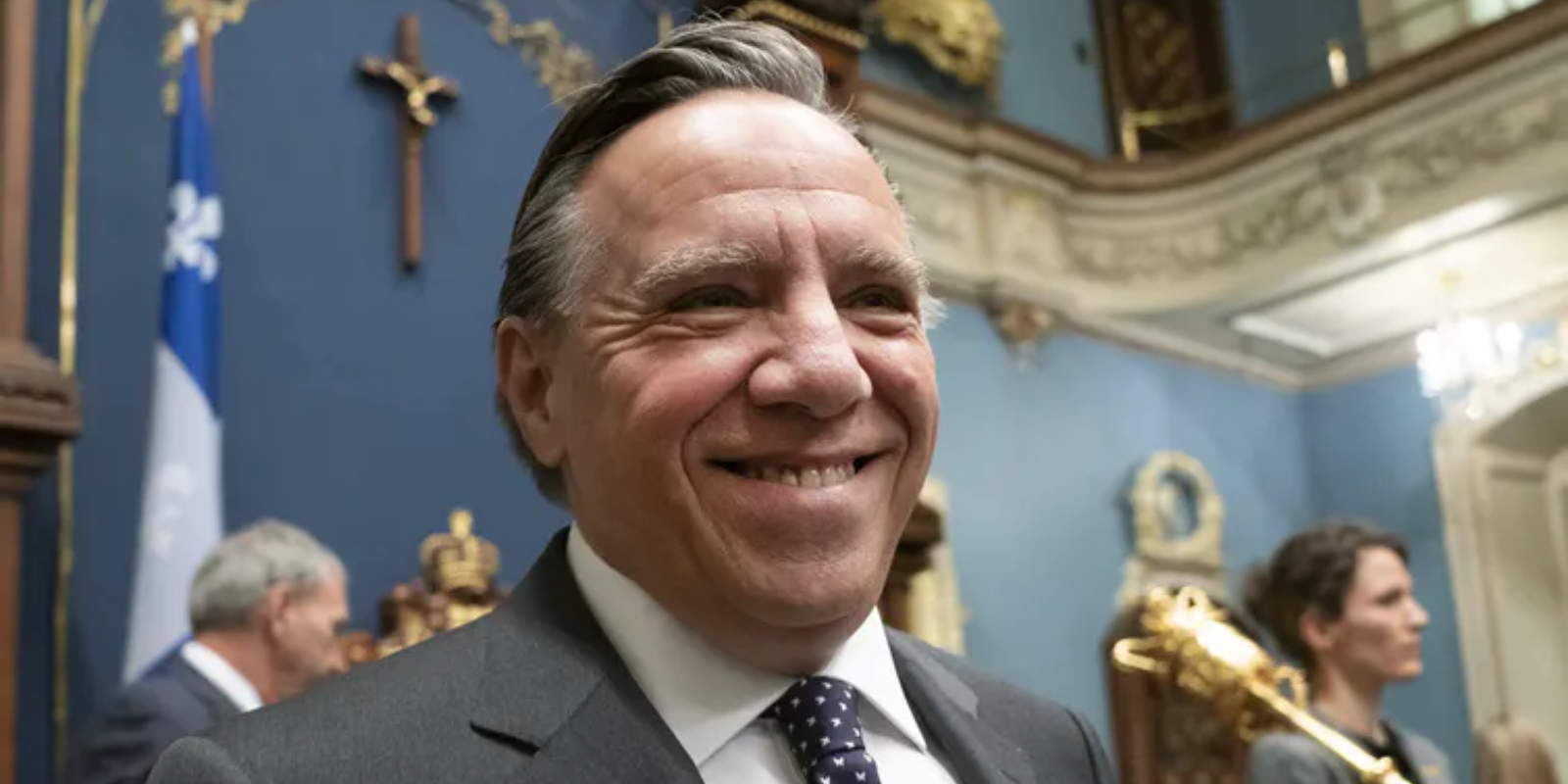 In Quebec, our government has issued orders shutting down the province for a month, complete with an 8 pm curfew and a ban on religious services, in response to an entirely predictable seasonal surge of the coronavirus, which emerged from Wuhan, China, about one year ago. Premier Legault has offered no cost/benefit analysis and no moral justification that can stand the least scrutiny. He merely repeats the refrain of equally irresponsible medical experts who claim that this will somehow rescue us from an impending disaster by stemming the winter wave of COVID transmissions. It will do no such thing. What it will do is cause still more serious harm to people deprived of their incomes and of their support communities, to say nothing of their constitutional rights and freedoms.

On the eve of the announcement of the new orders, multiple medical experts were featured in the media to bolster support for the government. Dr. Donald Vinh, for example, is quoted in the Gazette as saying that strict lockdowns have proven very effective internationally. He also observes that 58 percent of confirmed COVID-19 cases in Quebec are among those aged 20 to 59; which, he alleges, "means that the social activities of these age groups account for the majority of ongoing community transmissions." Both these statements are highly misleading. Nor does his specific area of expertise (as a microbiologist who studies genetic factors in the transmission of infectious diseases) qualify him to render authoritative opinions on such things.

To take his claims in reverse order: Some 65 percent of Quebecers are between the ages of 15 and 65. Why then should we be concerned that 58 percent of confirmed cases fall in the 20-59 bracket? And why, on this logic, should we not lock down just the people in that bracket? They are the culprits after all, who transmit COVID without suffering from COVID. Or, since very few "cases" not of advanced age or subject to some compromising condition require hospitalization, why should we lock down anyone at all? Why should we not rather target our resources—of which we have fewer and fewer with every lockdown—on protecting and assisting those actually vulnerable to the virus?

After almost a year of futile attempts to flatten transmission curves that follow their own well-established pattern, it seems we've learned next to nothing. Why have we squandered so much time and money? Why have we failed to put our hospitals in order, leaving them instead to be overwhelmed, not so much by the virus as by incompetent responses to the virus, and by the resulting union politics that see many hospital staff home on "burnout"?  Why are we now content to punish further both the sick and the well by letting meaningless infection statistics manipulate our policy decisions?

COVID-caused ICU demands and "excess" deaths specifically from COVID have not generally gone beyond tolerable limits apart from the care-homes fiasco. Overall mortality figures in Canada are not out of line with other years. Hospitalizations are peaking in the present season just about where they would be expected to peak under the circumstances. That things are tough in some of the hospitals is undeniable. That we are losing neighbours and relatives is undeniable. Then again, we always do at this time of year. Ordinarily, however, we don't lose them to the effects of  irrational government decrees like the latest Order in Council or under the inhumane conditions thus created.  The truth is that nothing that is happening justifies the draconian orders just issued or even the previous orders they are now trumping.

As for the first claim, it is pure fiction (lacking any basis in controlled experiments) that curfews are "among the most effective lockdown measures to combat COVID-19." Meaningful advances and declines of COVID, in places where the virus is already widespread, do not correlate with lockdowns at all, nor with mask-wearing.  They correlate, as many studies have shown, with the ordinary patterns of viral advance and decline. The use of strict lockdowns, in places where infection is already widespread, is not a rational exercise and only multiplies the damage done to personal health and to the health of human economies. As Lt-Col. David Redman points out, it is a novel policy without any real track record at all, a policy we did not think sensible during previous pandemics and have no reason to think sensible now.

Many of us are growing weary of physicians who think themselves qualified to decide what is best not merely for their own patients—who at least have some choice in receiving or refusing their services—but for entire populations, whose choices are rapidly disappearing. We are growing weary of public health officers and specialists in experimental medicine experimenting with our entire lives and the future of our children. We are losing all patience with politicians who, following their lead, cover their own incompetence with draconian and arguably unconstitutional measures to produce what are unarguably negative results. They are so many Cnuts, ordering the viral tide to halt while it pays them absolutely no attention, something (unlike King Cnut) they did not anticipate and are still refusing to recognize.

Why, then, should we pay them any attention? Why should we be complicit in the unnatural harms they are adding, through their indefensible policies, to the natural harms of the virus? Why should we accept a "cure," even if it were a cure, that is worse than the disease? We are not prepared to tolerate much longer the deep erosion of our economy, our social fabric, our religious communities, our academic communities, our individual and collective psychological health, our access to medical care for threats more serious than COVID, our political independence and constitutional liberties. Such are the precious things being swept away by the rip tide of official and unofficial fear-mongering.

The premier tells us that "the police will be there" to ensure our compliance. How many police will that take, or does he intend to cultivate cadres of snitches to assist them in their work? The new stay-at-home orders explicitly make exceptions for protests, I notice, though not for religious services. That's interesting. I don't suppose the cabinet is offering MAGA militants a new home north of the border, but perhaps they're anticipating more action from BLM? Or are they just having a bit of fun with our timorous religious leaders? To the latter I do recommend plucking up some courage. I recommend protests. I recommend legal challenges. I even recommend peaceful civil disobedience. To the premier and his cabinet I recommend resignation. They've done enough harm already.

Douglas Farrow is Professor of Theology and Ethics at McGill University.