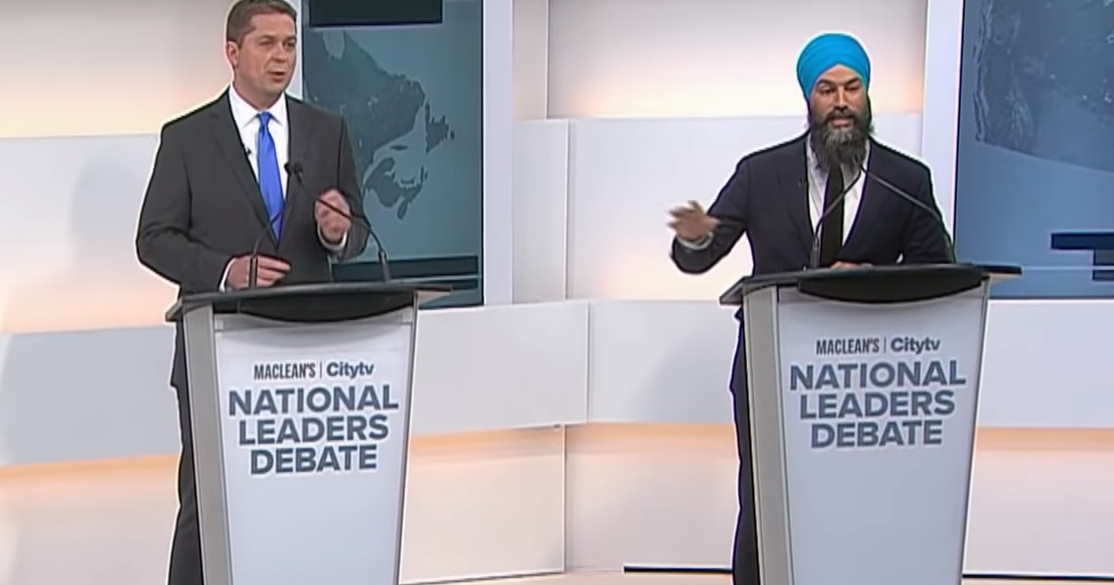 An election has been called in Canada, and straw man arguments will undoubtedly play an important role over the next several weeks.

(For the uninitiated, a straw man is when you attribute an argument to your opponent that is weaker than what he’s saying so that it’s easier for you to knock down).

I think the straw man argument is the source of an untold amount of evil these days. One might even say that it’s the very root of the political polarization and divisiveness that we see around us.

I say this because our straw men have reached the level where they not only weaken the opponent’s argument but transform our opponents into an evil person. Left-wing fiscal policy no longer is just inefficient economically, but is due to Trudeau wanting to make life less affordable for the middle class. Right wing immigration policy is similarly not about ensuring fairness and sustainability, but is linked to an underlying racism.

We make these straw men (both our parties and their supporters) because making your opponent have evil values turns a voter’s decision to support a party from a rational one to an emotional one, and it’s easier to sway people’s feelings than it is their heads. It also mobilizes your supporters better.

But it comes at a cost. Once you’ve tarred an opponent as being evil, there’s no ability to compromise because there’s nothing good at all behind the motive you attributed to your opponent. People also start to hate the other side as well. There becomes less reason to extend grace to the other side, or to be charitable in your interpretation of their words.

All of this taken together turns opponents into enemies. While people are willing to talk to their opponents, they’re far less likely to talk to enemies. This state of being enemies (in addition to other factors, of course) gives us the divisive “culture war” that we’re in today.

What would the alternative look like, and how do we get there? I think it starts with a fundamental change in how we view the value of our political opponents. Right now, I think people commonly view their political opponents as being entirely wrong, bringing no value to the table whatsoever. They see no loss in knocking down their arguments at any cost, even with dishonest straw man arguments.

But in John Stuart Mill’s essay “On Liberty,” Mill says that the truth often involves two values that are in tension with one another. Think of the balance between liberty and restraint, or individuality with sociality, or cooperation and competition.

Mill states that it’s tough for one person to promote both of the values in tension at once fully: “Truth, in the great practical concerns of life, is so much a question of the reconciling and combining of opposites, that very few have minds sufficiently capacious and impartial to make the adjustment with an approach to correctness, and it has to be made by the rough process of a struggle between combatants fighting under hostile banners.”

What Mill applies to individuals could easily be applied to political parties. It’s not that we only need an immigration policy that is compassionate or fair, but that we need both, and it is difficult for a single party to embody both of those values at once. Consider also the tension in economic policy, which is continuously in a state of choosing between policies that grow the economic pie but distribute it less equally, and policies that shrink the pie but provide more distribution.

Therefore, part of the solution involves recognizing the value that your opponent brings to the political debate. It’s a value that you can’t bring because they’re often looking at the problem from a different perspective than you. They will have an inherently higher value for compassion, or individuality, or cooperation, or liberty, and will see aspects of an issue that you won’t.  When we talk to our opponents, we’re better able to bring the value of both sides together for solutions that move us forward together.

As one prominent psychologist puts it, assume that the person you’re talking to knows something you don’t. In short, we need to have a little humility.

Straw man arguments will be far less attractive if we genuinely believe that the person we’re arguing with is bringing value to the table that we don’t. If we’re actually trying in good faith to make the country better, we’ll want to capture that value instead of knocking it down.

So this election season, don’t feel bad about picking your party and being partisan. But when discussing your opponent’s position, ask yourself if you’ve explained that position in the strongest terms possible before you attack it. Maybe you can formulate their argument in an even stronger way than they can (which is called “steel manning” the argument). You’ll do a more honest job of advocating for your party, and you’ll probably make more friends while you’re at it. Most importantly, our culture and country will be all the better for it.