"Blue Anon" trended to the top of Twitter on Sunday following a successful effort to purge the infant term from the Urban Dictionary and Google. 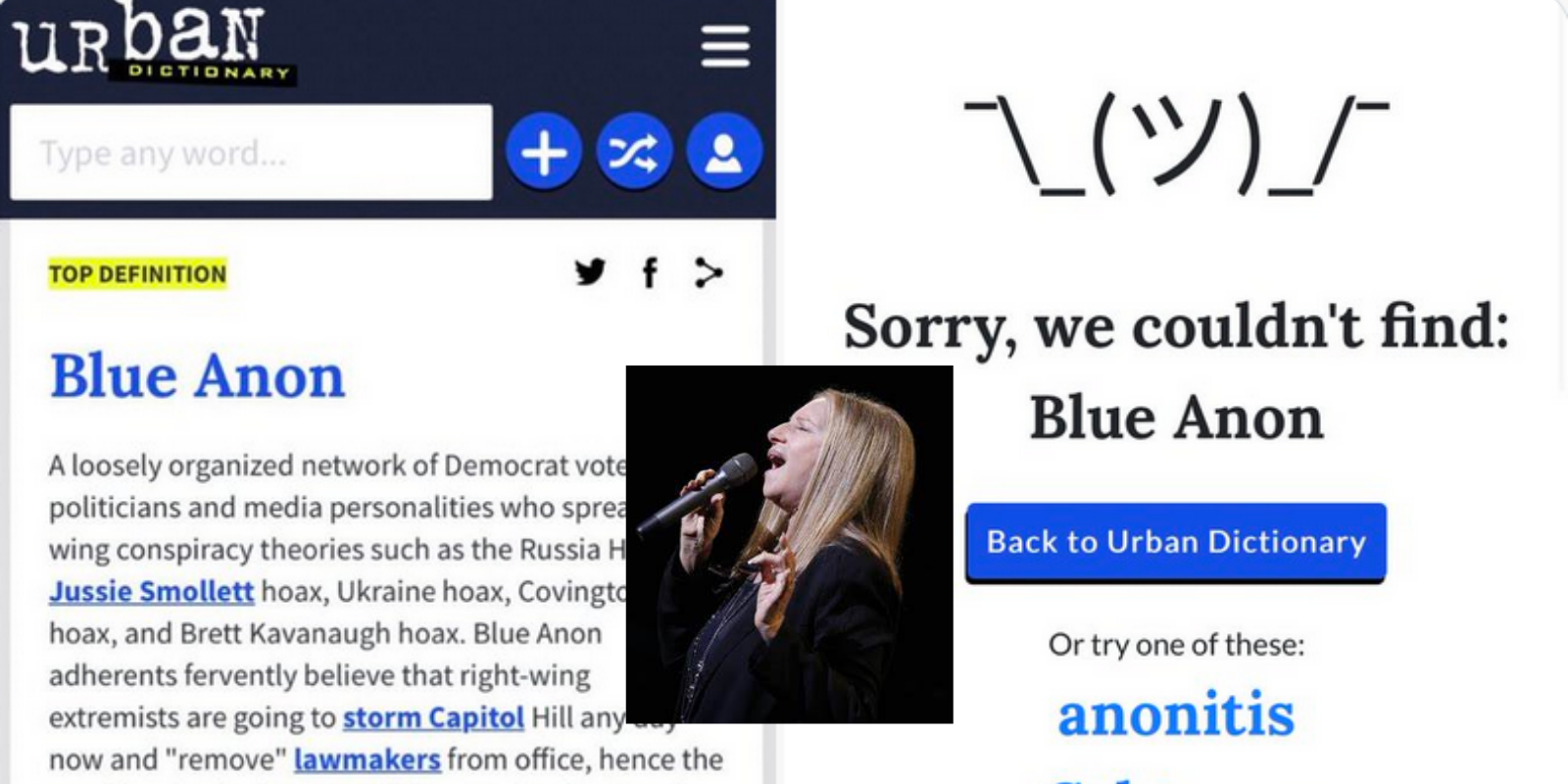 "Blue Anon" trended to the top of Twitter on Sunday following a successful effort to purge the infant term from the Urban Dictionary and Google. After emerging on social media and landing in a spot in the slang-term glossary on Saturday, it was quickly erased. A Google search now brings up nothing on the term other than brand name ski gear.

However, efforts to remove the term appeared to have backfired, as "Blue Anon" continued to trend the rest of the weekend. This could be a case of the "Streisand Effect," named for Barbra Streisand who in 2003 sued a photographer for publishing an aerial picture of the singer and actor's home as part of a collection of coastal homes to document coastal erosion.

The term "Blue Anon" is a counterpoint to the leftist penchant to classify all conservative conspiracy theories under the heading QAnon, and gives a catch-all to all the wacky leftist theories that float about online.

After the purge of the term, many on Twitter started using it, liberally.

Contained within the Urban Dictionary definition were many of the top conspiracy theories bought into frequently by registered Democrats. Here is a list of them as they appear in the definition:

The definition of "Blue Anon" read as "a loosely organized network for Democrat voters, politicians and media personalities who spread left-wing conspiracy theories."

It went on to say, "Blue Anon adherents fervently believe that right-wing extremists are going to storm Capitol Hill any day now and "remove" lawmakers from office, hence the need for the deployment of thousands of National Guard stationed at the US Capitol."

Tech company censorship of conservatives has been at the center of the national conversation since Twitter, Facebook, and Google suppressed the New York Post's reporting on Hunter Biden and emails found on a his laptop in October. Tech companies have been emboldened by the leftist push to ban, censor, and deplatform ideas, works, and people that they find unpalatable.