Students are literally demanding that their universities silence them

Oxford student groups wanted events to be more inclusive so that no one would be triggered by the deafening sound of one hand hitting the other. 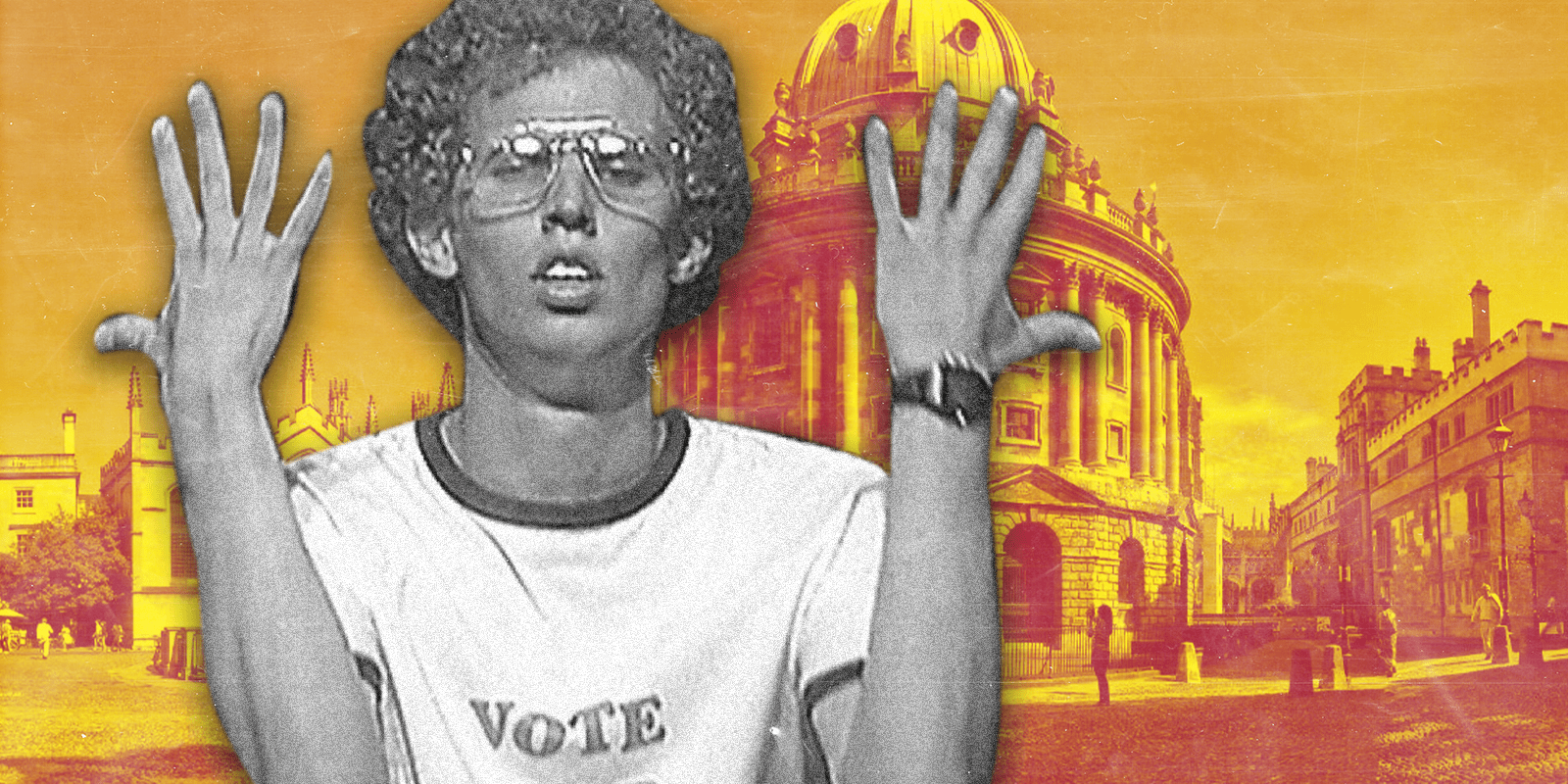 The great Twitter troll Titania McGrath, as always, has a point. If Oxford University stops its forward march of progress simply at clapping, they will have done the world a disservice. Titania tweeted: “So proud of Oxford University Student Union for banning applause. With any luck, all forms of audible communication will soon be prohibited. Only in total silence may we be free to truly express ourselves.”

The move comes after Oxford student groups wanted events to be more inclusive, so that no one would be triggered by the deafening sound of one hand hitting the other. The University of Manchester put a similar ban in place earlier this month. Student union officer Sara Khan noted, “I think a lot of the time, even in Parliamentary debates, I’ve seen that clapping, whooping, talking over each other, loud noises, encourages an atmosphere that is not as respectful as it could be.”

Students are demanding that their universities silence them. They are requiring that their storied schools restrict the free expression of their population. Students will close their mouths, deny their impulse to cheer, holler, and rejoice, and will instead subsume their emotions into a noiseless waving of hands.

Perhaps, to make sure no one is triggered, all events should require students to sit silently, unmoving, with heads bowed, not making eye contact, not smiling, so that those who are sad, or think a gaze is violence won’t feel uneasy. Or what about agoraphobics who feel uncomfy in large crowds? To make sure they feel included, gatherings of students should only happen online, where each student sits alone in their own space, watching the events on a screen, jazz handing to no one. Only once each person is alone in their own room will all students be truly included.

No one knows when clapping first originated in the course of human events, but surely it was greeted as an advancement, and not a liability. We can make music, keep time, and all together we can create quite a mighty racket. That is, in fact, a good thing. Back in the era of beat poetry, when poetry readings would be held in basements, clapping was replaced with snapping so that square neighbors wouldn’t complain about the noise. This isn’t the first time that clapping has been eschewed in favor of something less aurally invasive, but it’s certainly the first time the reason has been this stupid.

Peter Boghossian appeared on Tucker Carlson Tonight recently to address this ideological crisis that is rife across western campuses. He put it perfectly: “They are [institutions of higher learning] attempting to rob you of your cognitive liberties … They have institutionalized this on college campuses through ‘bias response teams,’ and political correctness and mechanisms to not only restrict speech, but to restrict your ability to pursue truth.”

Trigger warnings, safe spaces, 157 genders, pronouns, railing against “whiteness,” the rape culture panic, trauma-informed therapy, the erasure of women, the normalization of anti-Semitism: all of these things first took root in the modern university. While the replacement of clapping with silence may seem ridiculous now, so did all of these other concepts that are now all too commonplace in our society, and causing real, lasting damage to individual rights.

The purpose of higher education is not to come up with answers to all the big questions then use those answers to bludgeon people who disagree with you. It is acceptable to disagree, and to use those disagreements as a tool to further discourse, not a tool to dismantle it. However, as Boghossian notes, more kids these days think the First Amendment goes too far in protecting speech. In fact, according to a poll from the Campaign for Free Speech, 59 percent of 18 to 34-year-olds believe the First Amendment should be updated to enshrine hate speech restrictions. Why would anyone advocate for less freedom, less speech? Do we all really believe we’re either so dangerous or so gullible or simply too fragile to parse things on our own?

McGrath’s tweet about what’s going on at Oxford is the perfect piece of satire. Like all good satire, it’s both preposterous and eerily plausible in the very near future. You see, to most regular people, the idea of replacing applause with silent jazz hands is ridiculous, yet it is 100 percent happening. The foreboding punch line of McGrath’s tweet is what makes it extra powerful: “Only in total silence may we be free to truly express ourselves.”

Yes, it’s hilarious and nonsensical. But in the cultural context we currently live in, where “diversity” and “inclusion” trump individual freedoms, this is exactly what universities, corporate and social media want you to believe: Stay in your lane. Don’t speak—especially if you can think for yourself. Be silent. What’s worse, is that a few decades of this kind of deflated discourse has led to a place where students are demanding that these restrictions be placed on themselves. “Please, muzzle me,” they squeal, “I just can’t be trusted with my own voice.”

The end goal here is complete cognitive compliance. Insidious, “inclusive” initiatives such as this one need to be resisted. It is irrelevant why these programs are implemented. It could be out of fear, or compassion, or simply from the best intentions, but the push to silence others is never an acceptable solution to a problem, never mind the “problem” of applause. If you are at Oxford, or anywhere there is discourse for that matter, and you are in a position to make noise, you must. Raise holy hell.