Study finds that asymptomatic COVID spread is rare—so why are healthy people in quarantine?

Discovering that people without symptoms rarely spread the virus is like discovering the world is actually round and you can't fall off it. Now we can all go a lot farther. 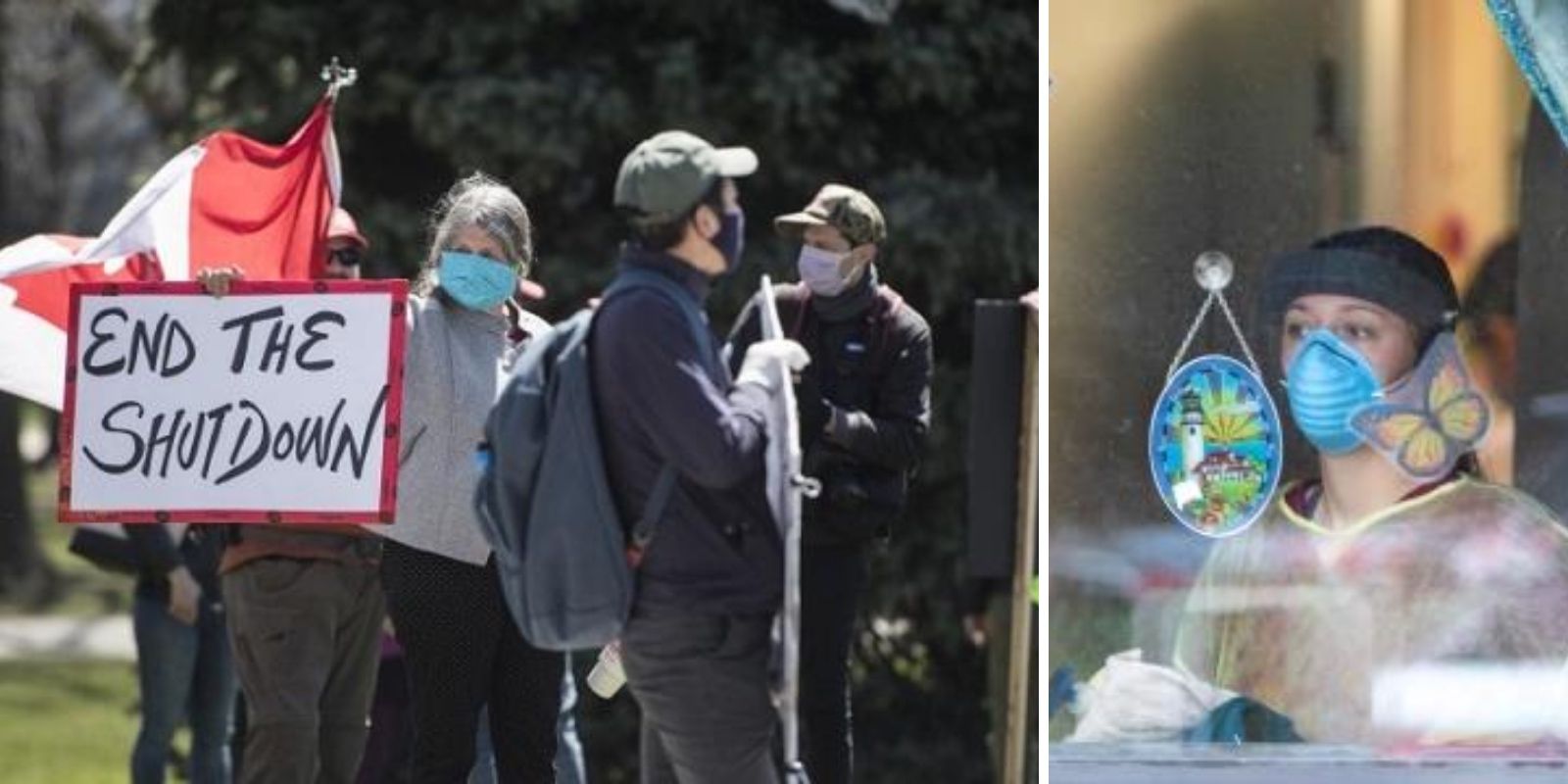 In a new study published in the Journal of the American Medical Association (JAMA), a team of researchers from the University of Florida and the University of Washington found some key information that should change the way we handle the existence of COVID-19: people with no symptoms of COVID-19 rarely spread the virus.

The authors of the study conducted a "meta-analysis of 54 studies with 77,758 participants" to try to figure out the "estimated overall household secondary attack rate" of COVID-19. The secondary attack rate of a virus determines how much it transmits illness in a home or other closed population. In doing this, they discovered symptomatic cases were more likely to transmit the virus than asymptomatic ones, at a whopping rate: 18 percent to .7 percent.

Experts have suspected this for some time but that evidence, based on contract tracing, had not been reported publicly in solid sources like JAMA. The report concluded that their findings suggest "households are and will continue to be important venues for transmission, even in areas where community transmission is reduced."

This news might sound underwhelming but don't let the dry medical terms fool you: This should be a game changer for the way we as a society handle COVID-19 in the immediate future. Furthermore, now that we know this, we should admit shuttering schools, businesses, and especially outdoor areas like playgrounds, was based on bizarre elitist groupthink rooted in fear mongering, not actual science.

This is important, not just because it is science, but science that bucks the narrative politicians have been jamming down everyone's throats since this began about three major areas of American life: school closures, business lockdowns, and mandated masks.

In an interview in June, Dr. Anthony Fauci said "Science is truth." However, even last summer, medical experts were already suggesting schools should reopen, including the Centers for Disease Control and Prevention. This study, published in December found that "secondary attack rates were higher in households... to adult contacts than to child contacts, to spouses than to other family contacts, and in households with 1 contact than households with 3 or more contacts."

This confirms the already-discovered scientific fact that children rarely spread the virus. Yet schools either remain closed or they subject students and teachers to exhausting quarantine protocols that render school buildings half-empty: If a child or school employee in school tests positive for COVID-19, any person he has been in contact with that day is mandated to quarantine for two weeks.

The same protocol applies for students who have been in contact with adults with COVID-19 outside school. This makes no sense. Child to adult transmission is rare and now we know that asymptomatic transmission of COVID-19 is also rare. Yet schools remain either completely locked down or shuffling swaths of children in and out on rotation based on who came in contact with the virus. This means that often, half the schools staff, employees, and students are missing because they're at home, quarantined, despite being well.

This study provides even more proof, as if it were needed, that completely locking down society, closing businesses, entertainment, schools, churches, and even outdoor areas like playgrounds, was based initially on fear yet  continued as a means of tyrannical control even as the science outgrew it. Discovering that people without symptoms rarely spread the virus is like discovering the world is actually round and you can't fall off it. Now we can all go a lot farther.

This information renders mask mandates void too. I didn't mind wearing the mask at first to be honest, but the fact that they were often mandated via executive order, even outside, seems bizarre. The fact that businesses would kick people out for not wearing masks because they thought they had to enforce an executive order established via political fiat via elitist groupthink from on high--that's a long way down what is not a very ignorant rabbit hole.

That airline kicking a two year old and her family off a flight because she wouldn't wear a mask? Asinine. That school making kids learn virtually because teachers are terrified of getting sick despite almost nonexistent child to adult transmission rates? Bunk. That salon, restaurant, small business, indoor play area, bar, craft store that's forced to remain closed, preventing its owners and employees from making a decent living because everyone who frequents it must be spreading the virus? Nonsensical and unscientific.

It was one thing to lock down the country out of pure fear at first, and frankly hope that science was backing up all those protocols, but as soon as the science began to clarify who was getting COVID-19 and how, the social and economic protocols should have changed with it, if not for our economic health but our mental and emotional health too.

Now we know better and we can't plead ignorance. "Science is truth," Fauci says, and science says if you don't have COVID-19 symptoms, you're probably not spreading it. So unless you are, it's time to ditch the masks, open the country, reopen the schools, and live life.

An earlier version of this tory said that symptomatic cases were more likely to transmit the virus than asymptomatic ones, at a whopping rate: 18 percent to .07 percent, it is actually .7 percent.