'Survivor mode:' 11-year-old girl smeared herself with friend's blood to convince Uvalde gunman she was dead

In an effort to stay alive, Rivera said that her niece went into "survival mode," smearing the blood of her friend on her before playing dead. 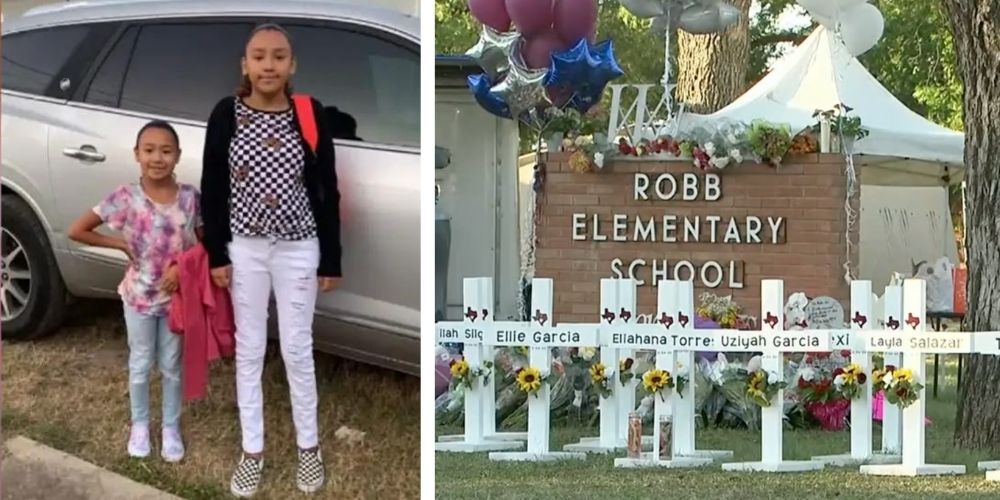 One 11-year-old student who survived the shooting at Robb Elementary School in Uvalde, Tex. reportedly made it through the massacre alive by smearing the blood of a mortally wounded friend on her body and playing dead.

According to KPRC, Miah Cerrillo witnessed her teacher and friend being shot to death, her aunt, Blanca Rivera, said.

In an effort to stay alive, Rivera said that her niece went into "survival mode," smearing the blood of her friend on her before playing dead.

Cerillo’s father, Miguel Cerrillo, said that his daughter told him that she decided to lay on top of her fatally wounded friend, who at first had still been breathing, but later succumbed to her injuries before help could arrive, according to the Washington Post.

Just before playing dead though, she grabbed the phone from her deceased teacher, Eva Mireles, and called 911.

Miguel Cerillo said that his daughter suffered from lacerations from bullet fragments and her hair was singed by the gunfire from the attack.

According to the Washington Post, doctors at Uvalde Memorial Hospital disinfected and covered the lacerations, but decided against removing the fragments.

Cerillo was released from the hospital late on Tuesday, and reportedly spent the night in fear that the gunman, 18-year-old Salvador Ramos, was going to get them.

Cerillo reportedly told her father to arm himself because “he’s going to come get us."

Rivera said that her sister-in-law called her on Tuesday night, expressing serious concerns about her daughter.

"Around midnight, my sister-in-law called me and she was just crying like, 'I think it just hit Miah. I think everything came to reality. We’re home, and she’s just crying and having a panic attack,'" Rivera said.

According to KPRC, the Cerillo’s second grade daughter was at school that day, but was not injured in the attack.

Miguel Cerillo learned of the shooting less than an hour after his daughter had been dropped off to school late from a doctor’s appointment.

Cerillo said that his wife arrived at the school first, where she saw parents trying to break the windows of the school building in an attempt to help students and staff escape.

He arrived at Robb Elementary School just after noon, and saw an officer exit the school carrying two children, one of which as Miah, who was covered in blood.

He attempted to run towards her but was stopped. "I panicked," he said.

Miah was loaded onto a yellow school bus, where Cerillo and his daughter talked about what she had witnessed.

"We figured Uvalde was safe," he said. "Now we know it’s not safe."