Suspect in double homicide released from Seattle jail 2 days prior to killings, had 69 priors

The victims were identified as Maryanne Wooden and Howard Hicks and were stabbed around 160 times in total when they were murdered in a “transitional Supportive Housing project” in the Georgetown neighborhood. 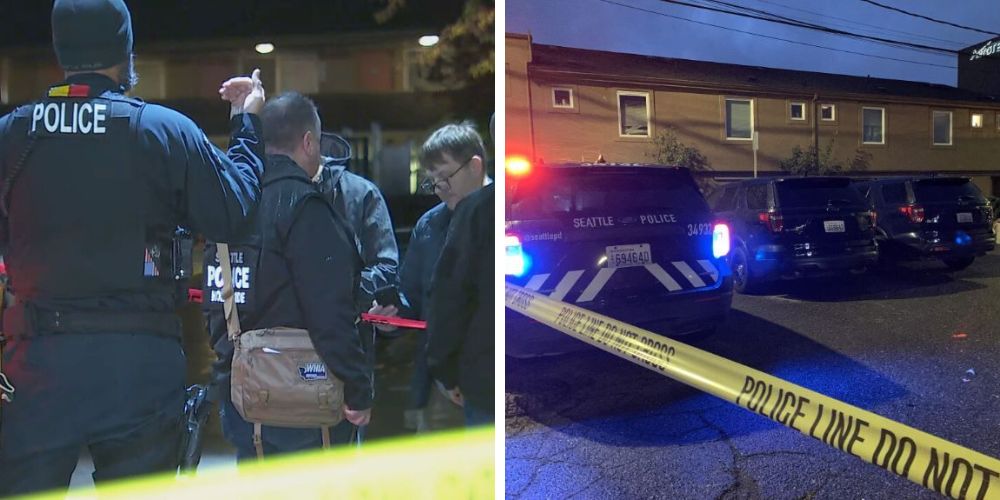 Ari Hoffman Seattle WA
Nov 2, 2022 minute read
ADVERTISEMENT
ADVERTISEMENT
Seattle Police have arrested John Marcel Williams, a prolific offender, for the Sunday afternoon double homicide of a 53-year-old man and a 55-year-old woman inside an apartment building for the homeless.

The victims were identified as Maryanne Wooden and Howard Hicks and were stabbed around 160 times in total when they were murdered in a “transitional Supportive Housing project” in the Georgetown neighborhood.

The double murder brings Seattle’s homicide total to 52 for 2022. In 2020, the city broke a 26-year high of 53 homicides and if trends continue will break that record this year.

The location of the crimes is Martin Court, a transitional Supportive Housing project operated by the Low Income Housing Institute for homeless, disabled individuals, and homeless families.

Earlier this year, Assistant Chief Deanna Nollette, commander of SPD’s Criminal Investigations Bureau, said regarding the spiking homicides, "…the single biggest increase is in homicides with a homeless nexus," where the victim, suspect, or both are homeless or a killing will occur in a homeless encampment. Nollette added that those cases account for 40 percent of the homicide unit’s caseload.

According to court documents, Williams has at least 65 arrests in California and four this year alone in Washington for attempted rape, misdemeanor assault, property destruction, unlawful use of weapons, and vehicle prowling.

His most recent arrest was over Labor Day weekend for attacking workers at a cafe near the Pike Place Market but was only charged with misdemeanor assault in that case.

Casey McNerthney, spokesperson for the King County Prosecuting Attorney’s Office told KOMO News, “That was the call by Seattle Police, and usually that’s done because of evidence, or what they’re able to prove before they send it to our office or the city attorney’s office.”

The Seattle City Attorney’s Office negotiated a plea agreement for Williams to serve 60 days in prison. The rest of his almost year-long sentence was suspended for 24 months. He pleaded guilty to three counts of misdemeanor assault and was sentenced to 56 days in jail with credit for time served.

Williams had just been released on Friday and according to police committed the murders only two days later.

The King County Prosecuting Attorney’s Office told KOMO that Williams’ previous attempted rape case from July has not yet been sent to their office yet for felony charges and the case is still under investigation.

Approximately a half hour later police received a 911 call about a man walking around covered in blood and arrested the suspect within walking distance of the murder scene.

Williams was a no-show for his initial appearance in court Tuesday. His bail hearing was rescheduled for this Wednesday.
ADVERTISEMENT
ADVERTISEMENT
Untitled_design_-_2022-11-02T005916.228