Swedish authorities have denied a man the ability to customize a vanity plate with the letters TRUMP, stating that the requested licence plate would violate motor vehicle department rules, due to the combination of letters being “offensive.” 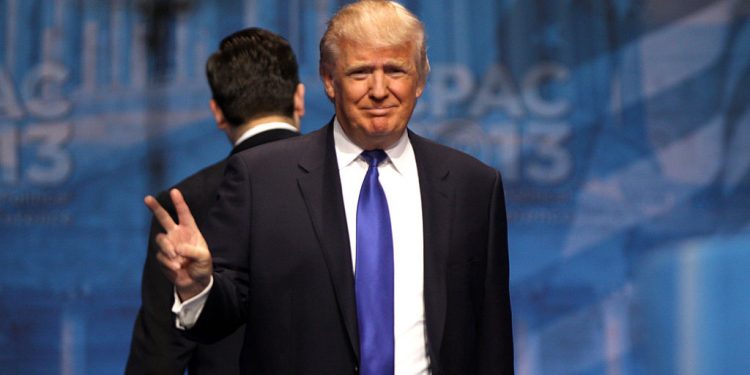 Swedish authorities have denied a man the ability to customize a vanity plate with the letters TRUMP, stating that the requested licence plate would violate motor vehicle department rules, due to the combination of letters being “offensive.”

The Aftonbladet, a Swedish tabloid, reported on Saturday that the man who made the request said  he “was drunk and thought it was fun to apply” online for a licence plate with the United States President Donald Trump’s last name “because the car is American.”

The story was confirmed by The Swedish Transport Agency that it did deny the man’s request based on a rule banning licence plate letter combinations that refer to politics. It as yet to be confirmed if this rule as been applied to other vanity plates. The agency has informed Marcus Saaf, the man who made the request, that he could not appeal the decision.

Swedish Twitter users have criticized the decision. Some saying that if the request was for an OBAMA licence plate then it would have been approved.

This happened less than a month after a Swedish court found A$AP Rocky guilty for assault. Trump got directly involved in the case through comments on Twitter, personally speaking to Swedish Prime Minister Stefan Löfven, and dispatching the State Department hostage-affairs envoy to attend the trial.

This may not be directly connected to the licence plate decision, but there is little doubt Trump has become a more inflammatory figure, in Sweden, due to his intervention.