The City of Seattle spent over $1 million dollars in tax payer funds to secure public buildings from rioters from May 30th to July 6th. 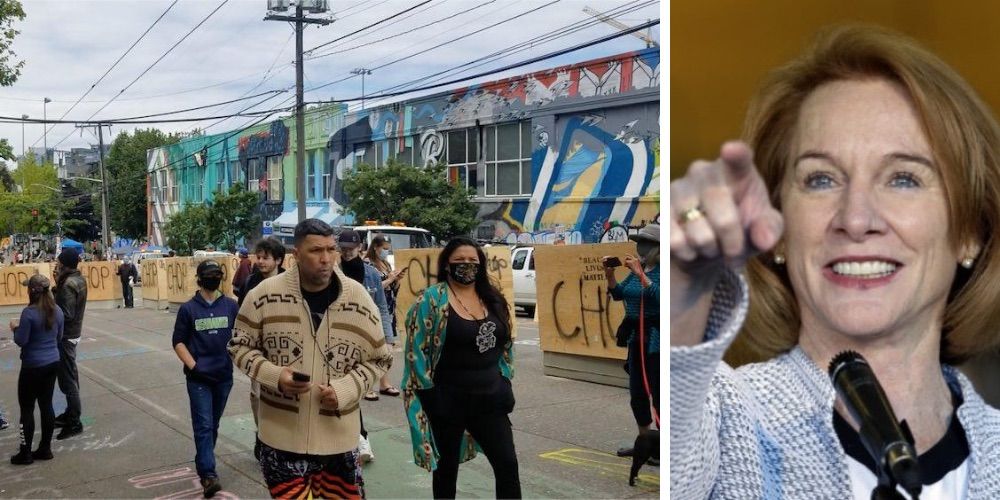 The City of Seattle spent over $1 million dollars in tax payer funds to secure public buildings from rioters from May 30th to July 6th. Nearly half of those funds went to secure the Capitol Hill Occupied Protest from the city itself. This boondoggle sum can be added to the $300 million revenue shortfall Seattle was already facing from coronavirus business closures.

According to documents obtained via a public disclosure request, Seattle spent over $1 million dollars to secure city buildings during 38 days of riots and protests that ensued after the death of George Floyd. Those buildings include City Hall, as well as police precincts around which barricades were erected to keep out the vandals, looters, and rioters. Demonstrators were smashed windows, burned police vehicles and threw explosives at city buildings and personnel.

Almost half of the funds were spent securing and maintaining the Capitol Hill Occupied Protest (CHOP). The militant occupiers who had cordoned off the downtown area as their own demanded this city support, and the city provided it. Sanitation facilities, materials for barriers, the erection of cement boundaries, and personnel costs contributed to this sum.

The occupation of downtown began in June, when Seattle abandoned the heavily vandalized East Precinct of the Seattle Police Department (SPD) to the occupiers. Rioters commandeered barriers left behind by the SPD and created their own 'autonomous zone' where police, and anyone who they deemed a threat, was not welcomed.

Occupiers demanded that the City secure the six block area for them and the City complied. Rental contracts for the original barriers clearly state that the "customer is responsible for loss theft or damage." It is not known if the city had to pay for the replacement of any rented barriers repurposed by the occupiers.

Over $30,000 of additional funds were also spent on materials for the CHOP such as the concrete barriers, called "ecology blocks," water barriers, boom truck rentals to install the barriers, sand and gravel for weight, pressure washers, and paint to cover graffiti which was on almost every visible surface inside the CHOP. About a quarter of those funds were used for plywood to cover windows. They were also used to create more surfaces on the sides of the barriers for "public art" which Mayor Jenny Durkan has said she intends to preserve.

There are multiple line items for "boarding business windows" in the area, which was done both before and in the early days of the occupation. This indicates that the city knew about the damage and vandalism that was being inflicted upon area businesses and residents. This is about when Durkan referred to the CHOP as a "block party" and "Street Fair." Seattle City Council Members referred to vandals, rioters, and looters as "peaceful protesters."

Many line items include "assist with clean up from protests" and "assist with graffiti & debris removal." Though the exact costs of the cleanup of the CHOP have not yet been released, as part of this disclosure it was revealed that over 31 tons of trash were cleaned up and hauled out of the CHOP by city employees. The occupiers left their trash behind when they left, and did not leave downtown Seattle a better place than when they found it.

Requests for the costs of the removal of barriers, repairing Cal Anderson Park which was at the center of the occupied zone, as well as the costs to repair the heavily damaged East Precinct are still pending.