Tamir Rice's mother SLAMS Shaun King for profiting off her son's death, 'God will deal with you white man'

"Personally I don’t understand how you sleep at night," she wrote. "I never gave you permission to raise nothing. Along with the United States, you robbed me for the death of my son." 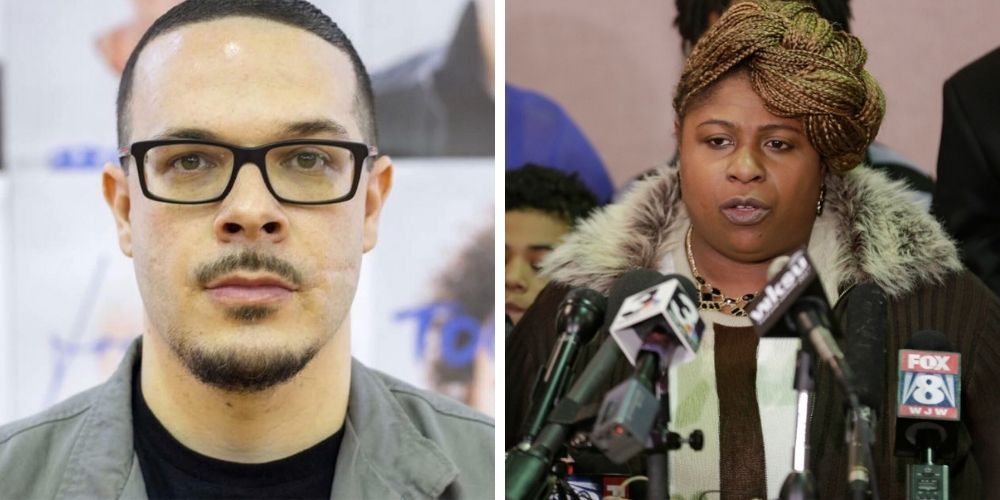 The family of Tamir Rice slammed author and activists Shaun King on Tuesday for allegedly profiting off of their 12-year-old son's death, who was tragically killed in Cleveland after a police officer mistook his toy gun for a real one.

Mother Samaria Rice accused King and other activists of profiting off of her son’s death and was furious to learn that King featured a private conversation they had in a recent podcast.

In a scathing Instagram post, Samaria Rice called out King after learning a private conversation they had was featured in his latest podcast. Rice and other mother’s recently criticized King and BLM activists for profiting off of their dead sons which was why the podcast left her furious.

"Why do you think its so important to tell folks we had a conversation," Rice wrote in an Instagram post addressed to King.

"Well we talked and everything that was said was very toxic and uncomfortable for me to hear that you raised additional money and then say you did not want to bother me. Personally I don’t understand how you sleep at night," she wrote. "I never gave you permission to raise nothing," Rice continued. "Along with the United States, you robbed me for the death of my son."

In a now deleted podcast episode titled "I spoke to Samaria Rice this past week," King provided a counter narrative to Rice's interpretation of the conversation and said "I learned a lot. Listened a lot. Shared my heart. And pledged we would continue to fight to get justice and accountability for Tamir."

In 2017, Samaria Rice created the Tamir Rice Foundation and the apparent fall-out happened after Rice accused King of using her deceased son's name as a headline to gain profit.

On Tuesday, King defended himself on his website and said he raised $125,000 through several fundraisers on behalf of Tamir, insisting he received zero profit for his efforts. King mentioned that its possible Rice was misled.

The two had a conversation last week to discuss one of King's staffers at Grassroots Law Project who worked to raise money alongside the Tamir Rice Foundation. "My first question for the organizer on our team was whether or not Tamir’s mother, Samaria, was aware that I lead the Grassroots Law Project (GLP)," King said. "She was. I was surprised because for the past few months Samaria had included my name in a list of activists and organizers and attorneys that she was frustrated with."

King mentioned that he apologized to Rice during their conversation for "not actually being in her face in 2014 and 2015 and wrongly assuming that the people around her were doing right by her."

"In an attempt to stay out of her hair, and give her space, I left her more alone than I understood," King said. "I regret that tremendously and moving forward I will make sure it never happens that way again."

"Everything else – every harsh word said about me, every lie spread by people about my work for Samaria, I just have to let go of. For her. And for Tamir."

However, Rice slammed the race-baiter and said King gave her a "cop and donut conversation."

"All lies Shaun, please stop thinking we on the same page." she said. "As a white man acting black you are a imposter that can not to be trusted."

Rice said her son's human rights were violated and blamed accused King of making her son’s death centered around him. "You are a self centered person and God will deal with you White man," she wrote.