Police said in a statement that they believe that some of this pornographic content took place on school property and were assessing whether any laws had been broken. 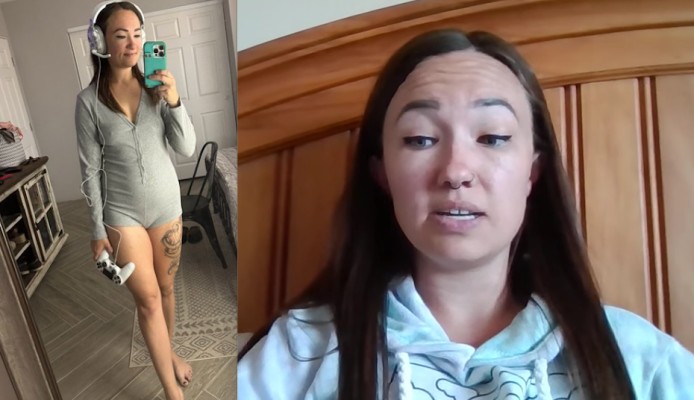 Alex Timothy
Nov 28, 2022 minute read
ADVERTISEMENT
ADVERTISEMENT
An Arizona middle school teacher who was fired after her students found her OnlyFans content has now been blocked from the platform, the New York Post reports.

Samantha Peer, a former science teacher at Thunderbolt Middle School, filmed the pornographic videos with help from her husband and uploaded them onto the content-sharing platform. Links to her OnlyFans page were then shared on her personal social media accounts in an attempt to actively promote the X-rated material.

"[She] was sharing these links to her sex site on her social media accounts, which are public, [on] which children follow her," one outraged parent said after discovering that the children were sharing her pornographic content amongst themselves.

Lake Havasu City Police Department said in a statement that they believe that some of this pornographic content took place on school property and were assessing whether any laws had been broken.

OnlyFans policy prohibits users from uploading, posting, displaying, or publishing content on the platform that features sexual activities recorded or broadcast from a public place, stating that anybody breaking these rules can be banned from the platform.

"So, it seems OnlyFans deactivated both accounts (refunded all customers/subscribers) and is blocking me from making accounts," Peer, who uses the alias Khloe Karter, said on Twitter, asking her followers where she should set up next.

When her story became public, she released a video statement explaining that she set up the account in order to supplement her and her husband's income from teaching that wasn't covering the basics.

Her husband, who was an elementary school teacher also in the Lake Havasu Unified School District, lost his job too in relation to this scandal, once it was revealed that he took part in some of the productions as well.

No criminal charges have been filed as of yet in relation to this story.

Peer is not the first teacher to lose her job over production and sharing of explicit material on OnlyFans.
Earlier in the summer, a youth program teacher with the United States Department of Justice also lost her job after it was revealed that she was posting and selling fully nude images of herself on her OnlyFans page.
ADVERTISEMENT
ADVERTISEMENT
onlyfans teacher