"I have been fired as my job as a teacher [sic]. Thank you all for your love and support. I appreciate you all and will be working diligently on my page," she wrote. 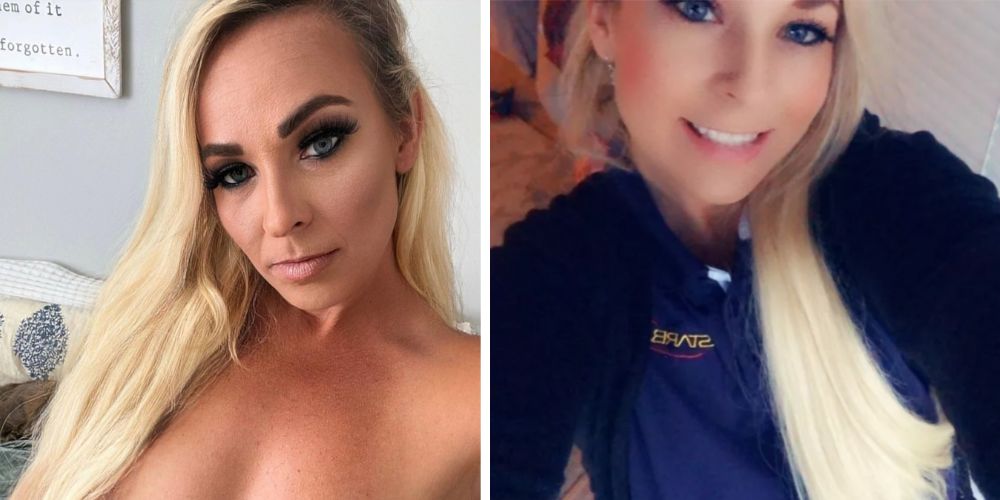 On Monday, Sarah Seales, also known as Sarah Juree, was fired from her teaching position at the South Bend location of the Department of Defense’s  STARBASE program after it was revealed that the teacher had a side gig on OnlyFans posting fully nude photographs for purchase.

According to Real News Michiana, Juree advertised her OnlyFans page on her public social media accounts, with her OnlyFans account username going by the name of "Buttercup," a nickname that she reportedly had students use for her.

In screenshots of Juree’s STARBASE profile obtained by the outlet, it states that she previously earned an Elementary Education degree from Indiana University of South Bend, and had previously worked at Healthworks! Kids’ Museum.

According to her LinkedIn profile, Juree began working at the South Bend STARBASE location in January of 2016. The location officially opened in March of the same year.

The program is focused on fifth graders, though offers other programs for children in sixth, seventh, and eighth grades.

When asked for comment by Real News Michiana reporter Clifton French, Juree said that her page is "clean." French pressed further, stating that the account was full of fully nude photos, and posted a photo that had been sent to him.

In response to the nude photo, Juree said that she would be filing a copyright lawsuit. She continued to blast the outlet and the reporter on social media, writing on Instagram that "this man is trying to get me fired from my teaching job and humiliate me all over social media."

In a Facebook post, Juree once again claimed that her OnlyFans page was "clean," and said that "a man contacted me today with the intent to threaten and harass me using stolen intimate content. He and his alleged accomplice(s) steal and distribute sensitive images in an effort to attack, threaten, and subdue professional women and their jobs."

"I will not sit down. I will not be quiet. And I will not have my livelihood threatened by someone who makes it their goal in life to destroy women," she continued. "It’s 2022, time to leave the misogyny behind."

In one OnlyFans post, Juree said that she is a single mom, and does not make enough on the DoD program's salary to support her kids.

In a post made to her OnlyFans on Monday, Juree said that she had been fired, and would be continuing to make content for her page.

"I have been fired as my job as a teacher [sic]. Thank you all for your love and support. I appreciate you all and will be working diligently on my page," she wrote.

According to Real News Michiana, Juree’s bio has been removed from the STARBASE website.

The outlet also states that Juree had been married to a convicted child molester for a number of years.

"A man, who appears to have been her husband until 2018 was convicted of Child Molestation in 1998 and spent 3 years in prison," the outlet reported. Juree has not made any comments on this allegation.