Teachers don't want parents to know they're indoctrinating their kids

This simplified cuisine of critical race theory that’s being spoon-fed to kids strips them of the concept that they can determine their own future. Instead they are taught a kind of racial determinism. 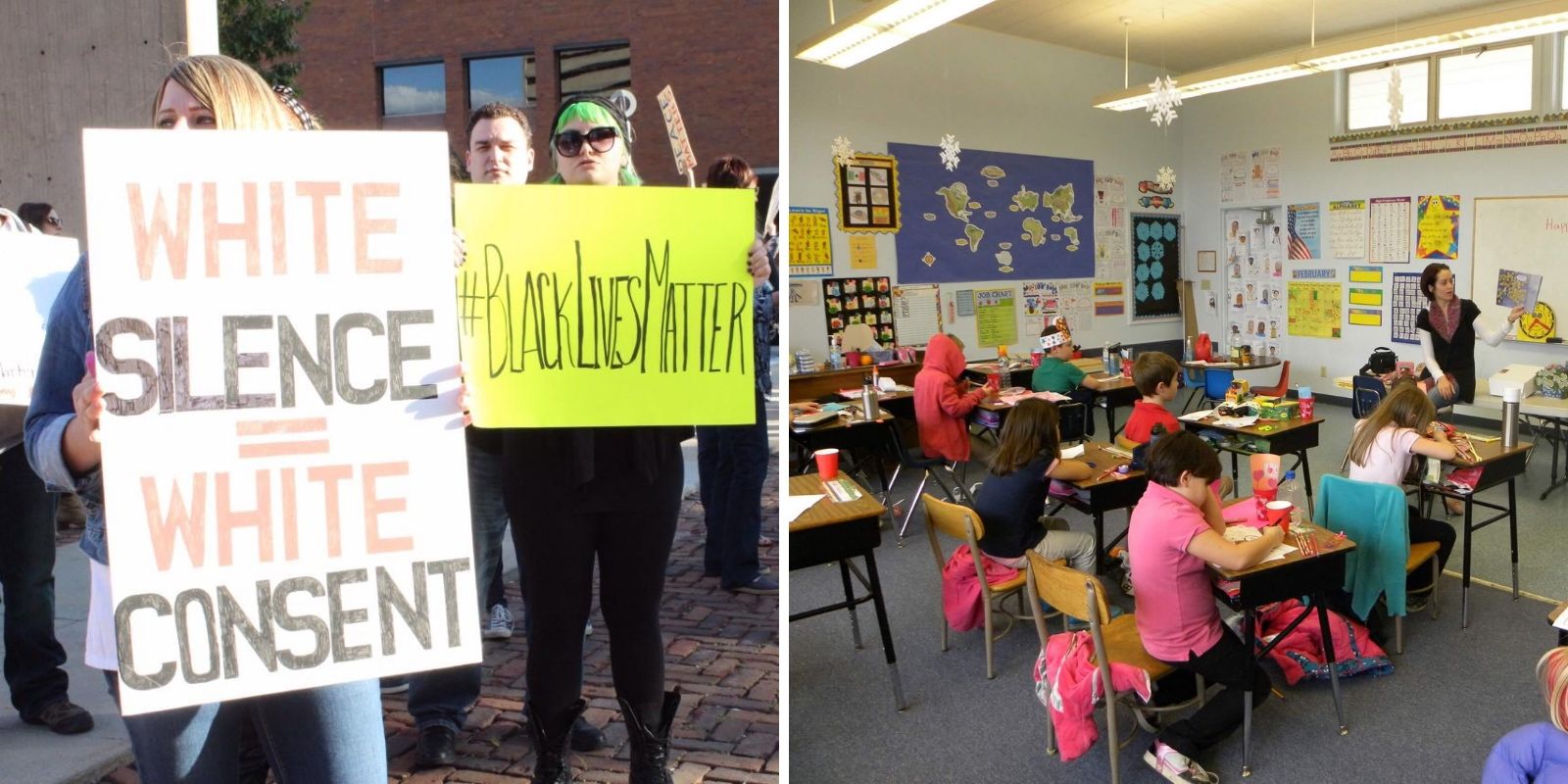 A teacher made a startling revelation as to what he believes about the problem of parents in education. Matt R. Kay, an author and founding teacher at Philadelphia’s Science Leadership Academy, worries about the impact of remote learning on students. But for Ray, the problem isn’t the lack of socialization or hands-on learning, it’s that parents will be privy to classroom conversations about critical race and gender theory that should otherwise be private.

Kay wrote that he’s concerned that “virtual class discussions will have many spectators,” including parents, and that teacher will “never quite be sure who is overhearing the discourse.” He asks “What does this do for our equity/inclusion work?”

Many educators retweeted, commented and liked the post. Many parents and concerned citizens view this thread as evidence of the need to pull kids from leftist educational indoctrination factories and embark fully upon homeschool. Kay remarks that kids depend on the privacy of the classroom, and that educators do, too, in order to teach ideas that many parents would find unpalatable.

Kay notes, specifically, that he is worried that conservative parents will come between teachers and students, that these parents will see the kind of nonsense that is being distributed and will take issue with it. He states that his concern is for the students, but it’s more likely that, while his intentions are student-based, his real concern is that these kinds of ideas will no longer get a hearing solely by the naïve ears of students, but by educated, critical thinkers who know the difference between history, for example, and critical theory.

Kay’s thread, which is now locked behind a protected Twitter account, gives clarity to those of us that have been concerned about the level of leftist ideology that is being peddled under the guise of education. And the fact that so many other educators like and retweeted it offers an inkling of an insight into where educational principles lie today. Kay’s tweet brought more than one indoctrinaire teacher out of the wood-work.

Educators in many schools want nothing more than to get students to look at history, culture, and contemporary society through the lens of race and racism. The problem with the emphasis on race and racism is that, like the phenomenon of first learning a new word and then seeing it everywhere, focusing on race and racism as the primary drivers in society and the only way in which culture is viewed means that we see it in everything, whether it’s actually there or not.

The problem with the emphasis on race and racism is that it is not having the effect of lessening racism or racial tension. The effect is in fact the opposite. The question, however, is if racism is actually increasing, or it is merely perceived to be increasing because we’re not even looking for anything else.

A recent analysis of the terms racist(s) and racism as printed in a few of America’s most widely read and influential daily papers, as reported by Zach Goldberg in Tablet Magazine, shows that during the same period when this kind of emphasis was increasing, so too were the perceptions of Americans that racism was on the rise, as were these words more prevalent in mainstream media usage.

Is it that the racism was increasing? Or merely that this was all we were guiding ourselves to see? Could it really be true that at a time when more black women are running for office, achieving positions of power in government, and when our country had its first black president, our culture was ramping up racism? Or is it more likely that we have been looking for it?

As the definition of racism morphed from that which is directly enshrined in law or outright direct hate to things like microaggressions and implicit unconscious biases, racism has emerged from every crevice of culture. Is it really there or are we looking for it so hard that we manifest it? As we increase racial bias awareness training, enhance children’s ability to spot racial bias in society at large, and teach them to define and recognize their own privilege, we are disenfranchising kids their own agency and freewill.

What does it mean to teach kids to see their own efforts as irrelevant in their success? Kids are learning to recognize that their skin colour has more relevance to their success or failure than their own hard work or perseverance. They are learning that society is too racist for black children too succeed, and so racist that white kids who do succeed do so on the basis of being a member of a privileged race.

Instead of racism decreasing, the enhanced focus on inequity leads to greater classifications of things that we did not previously believe to be inequitable as exactly that.

Those who are now educating youth were the guinea pigs in the social justice classroom labs of the 1990’s when these ideas began to get rolled out. They went on to college to study more critical theory, and emerged armed with enough jargon to pass these ideas on to the next generation of students, starting at younger and younger ages.

This simplified cuisine of critical race theory that’s being spoon-fed to kids strips them of the concept that they can determine their own future. Instead they are taught a kind of racial determinism. Recognizing and learning about America’s racist past is one thing, and it’s important, but entrenching it as a permanent legacy that will live on into the future is a disingenuous and destructive lie.

Ibram X. Kendi, who has been touted alongside Robin DiAngelo as a great anti-racist author, penned a piece in The Atlantic where he discovered exactly the same thing that Goldberg discovered in Tablet Magazine, but he interpreted it radically differently. He notes that the perception among Americans is that discrimination has been increasing, from about 2012 on into 2018. He blames the Tea Party movement, and Trump for these increases.

There is no doubt that racism exists, but the lesson being taught to school children by educators who fear that parents will see what they’ve been up to is that racism is the driving force in the American story. This lesson has not eradicated or reduced racism, but increased it.

We’ve heard from activists and even the Smithsonian that ideals of individuality and merit based advancement and success are racist. But if we don’t believe in these things, what reason would any kid have to work hard and to excel? Why would any kid seek to live up to their full potential if they believe that race will be a hinderance to either that success or to them gaining that success on their own merit?

If we allow ourselves to become a nation of racial determinists, where hard work is removed entirely from the reasons behind success, and we envision racist bogey-men in every corner, we will not get far, and our kids will be the ones who pay the price for our ignorance and misguidance.