A recent picture of an embrace between Justin Trudeau and French President Emanuel Macron has set the internet on fire. Along with the streets of Paris, internet chat-rooms are burning down with sensual speculation, guided by one simple question: Who of these two men is more attractive? 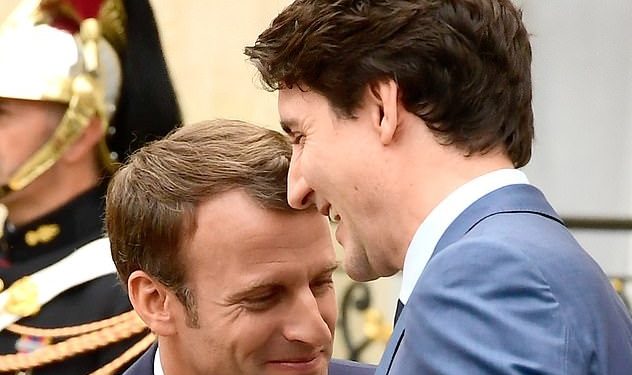 A recent picture of an embrace between Justin Trudeau and French President Emanuel Macron has set the internet on fire. Along with the streets of Paris, internet chat-rooms are burning down with sensual speculation, guided by one simple question:

Who of these two men is more attractive?

Beauty standards have changed wildly over the years. While it was once desirable to be fat and untanned—both signs of material wealth and wellness—the opposite is now true. Similarly, whereas the Greco-Roman concept of masculinity had been held in high esteem since the Victorian era, recent shifts in popular culture and opinion have subsumed the cliches of the “Alpha Male” with an effeminizing “Nerd Chic.” It is in this cultural context, and no other previous historic time-period, that one may find either man attractive.

So—keeping that in mind—Macron looks like a little boy. He looks like a teacher’s pet—the kind of guy who would marry his high school teacher. This is, of course, not meant to be taken literally—I’m sure his wife is a beautiful young woman, and not at least 20 years older than him. I’ll give Macron a 6/10 because he is a world leader and that is worth a solid 3 points.

As for Trudeau, what more can be said? The guy looks like a Renaissance depiction of a cherub. His eyelashes look like a bird’s eye view of the dark, luscious Douglas fir trees that populate Canada’s coniferous forests. His hair—it’s great. He just has great hair. It’s a good thing, because without that hairdo he’d look like an inappropriately sexy monk out of The Name of the Rose. I’ll give him a good 69/115, with points taken off for crippling Canada’s oil industry.

In conclusion, it’s a tie.

What do you think? Do you find any male world leader attractive? Leave a comment below!