“Ted is linking to misleading data." 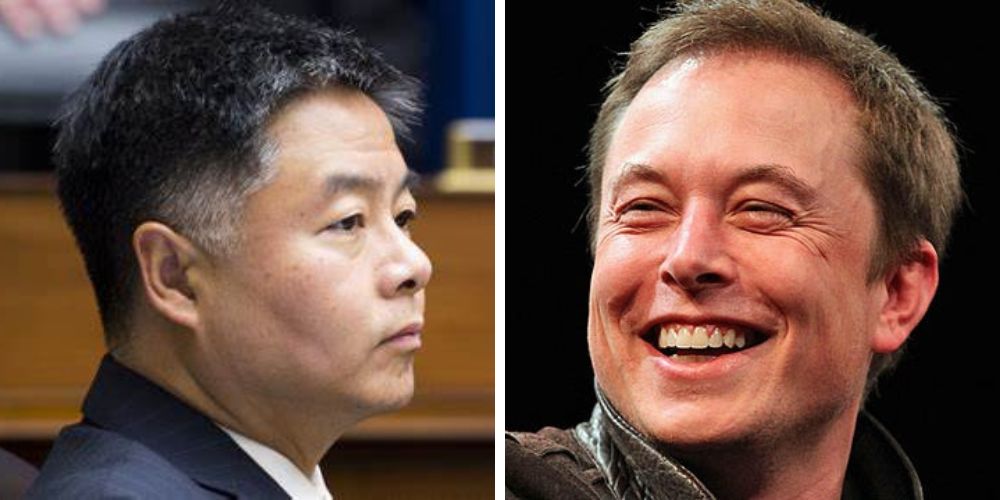 The latest round of the Twitter Files dropped earlier in the day and revealed that the Biden administration pressured the social media company to censor and suppress information on Covid, Covid vaccines, and the public reactions to the pandemic, which went against their preferred messaging.

In a now-deleted tweet Lieu tagged journalist David Zweig who posted the latest chapter and said, “The tweet you cite is in fact misleading. People of all ages at high risk from COVID generally benefit from vaccines. Prior natural immunity may last only a few months. COVID appears to be a leading cause of death for children.” 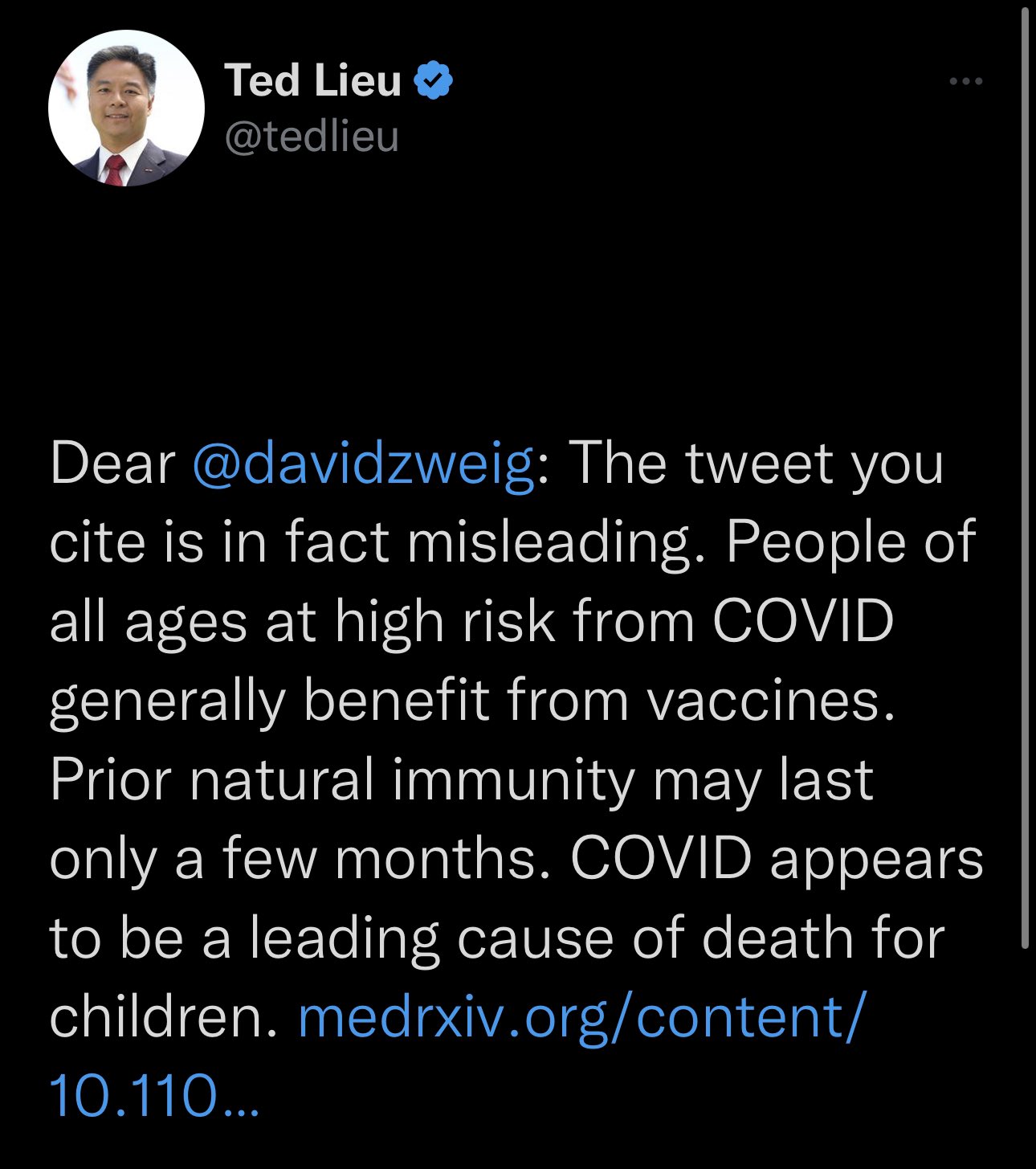 Musk replied to a comment in the thread challenging Lieu, “Ted is linking to misleading data,” and tagged “Community Notes.”

The latest release of the Twitter Files posted by Zweig illustrated how the federal government allegedly “rigged” the “COVID debate” by “censoring info that was true but inconvenient to U.S. govt. policy,” and “discrediting doctors and other experts who disagreed,” as well as “ordinary users.”

Officials in both the Trump and Biden administrations pressured the tech company to suppress certain COVID details in favor of their preferred narrative.

Zweig tweeted, “Internal files at Twitter that I viewed while on assignment for @thefp showed that both the Trump and Biden administrations directly pressed Twitter executives to moderate the platform’s pandemic content according to their wishes.”

The journalist noted, “It wasn’t just Twitter. The meetings with the Trump White House were also attended by Google, Facebook, Microsoft and others.”

"When the Biden admin took over, one of their first meeting requests with Twitter executives was on Covid. The focus was on 'anti-vaxxer accounts.' Especially Alex Berenson," Zweig wrote.

According to Zweig, "one of the first meeting requests from the Biden White House" that "COVID misinformation" be suppressed, specifically targeting Berenson, an early critic of the mRNA vaccines.
Berenson was kicked off the platform for his questions and later sued Twitter.

AI and machine learning tools such as “bots” were employed to do much of the work of "content moderation," according to Zweig, along with outsourced contractors in the Phillipines. These employees “were given decision trees to aid in the process, but tasking non experts to adjudicate tweets on complex topics like myocarditis and mask efficacy data was destined for a significant error rate.”
ADVERTISEMENT
ADVERTISEMENT
musklieu