Telling the truth on trans issues got me cancelled: one psychologist’s story

This is a warning to other psychologists who are seeking to balance compassion for trans people with the legitimate concerns of other members of society. 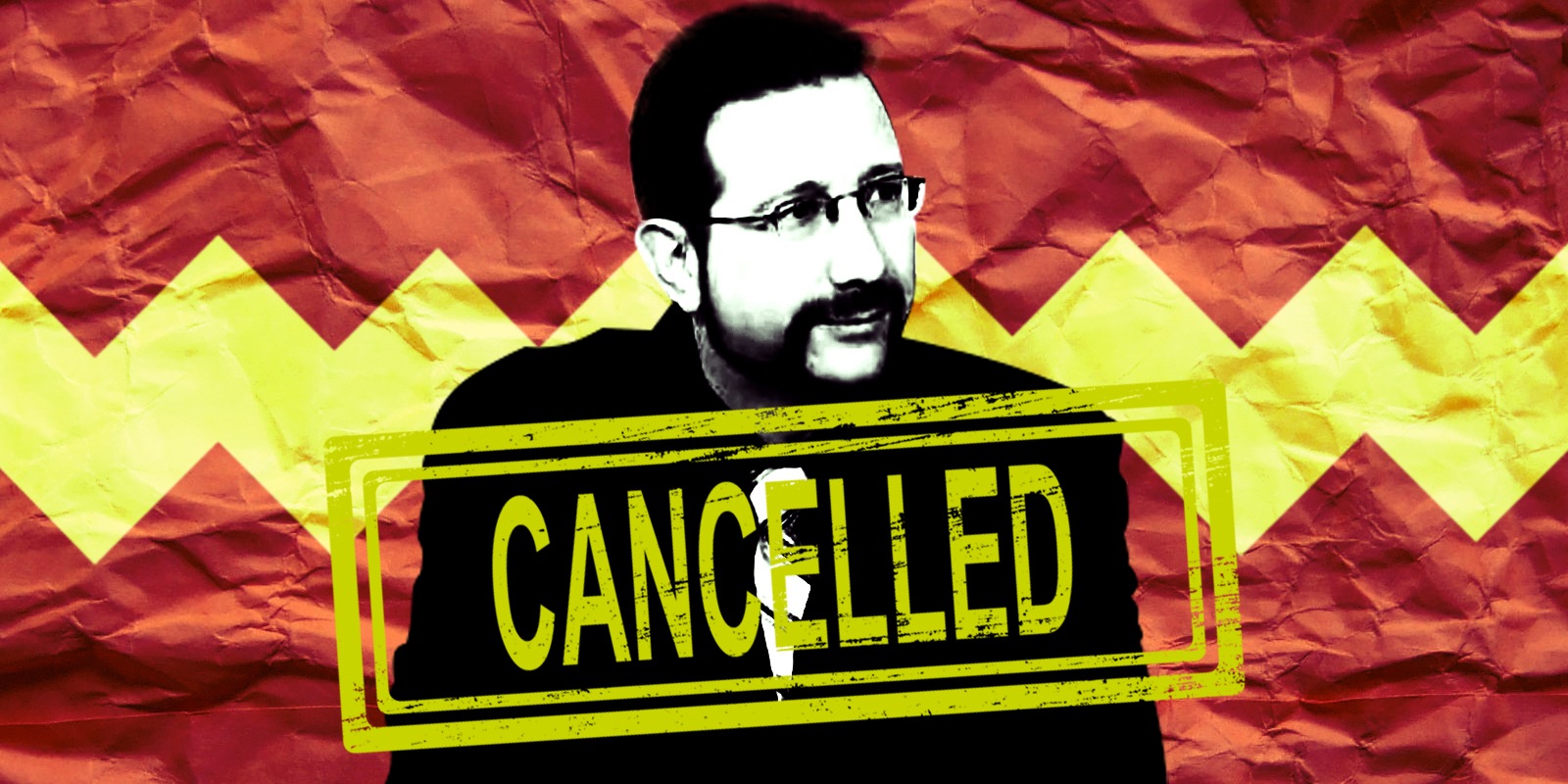 Issues connected to sex and sexuality have played a prominent role in my life—going back to 1972, when my mother and her business partner opened what I believe to be Canada’s first sex shop, Lovecraft, in Toronto. Thirty years later, I began teaching the Psychology of Human Sexuality at Brock University, and I have continued to teach a similar course each term at Ryerson University to this day. I have also taught Psychology of Gender and almost 20 other courses related to psychology, research methods and statistics nearly 200 times.

In my clinical practice as a psychologist, I have helped countless individuals dealing with LGBTQ-related matters. As a teacher, I always encourage students who identify as LGBTQ to participate actively in discussions they felt were relevant to them. This has helped create an environment in which students can challenge one another’s premises in a spirit of civility, open-mindedness and critical thinking.

My perspective on these issues is informed not only by comprehensive reviews of the available literature but also by extensive discussions with experts in the field, trans people and their families. My personal experiences are also relevant, as I belong to one of the first generations of Canadian for whom coming out as LGBTQ was, at least in some quarters, heartily accepted. My brother and sister are both gay. And many of my oldest daughter’s friends are trans, or identify as gender-queer or non-binary. They always have been welcome in our home. I have been vocal about affording LGBTQ people the same rights, protections and access to care as everyone else. And I have tried to conduct myself personally in a way that models these values.

But it’s important to remember that behaving in this way—being an “ally,” to use the popular term—is in no way inconsistent with reacting critically to political developments in the field that, to my mind, go beyond the bounds of science and responsible clinical practice. In particular, I have questioned why some mental-health professionals, educators and government officials have allowed the most ideologically extreme trans activists to dictate policy in areas of medicine, psychological counselling, academia and family law—in some cases running roughshod over the rights of not only women and children, but also other members of the LGBTQ community. As has been widely reported in the wake of the Jessica Yaniv trans-waxing controversy in B.C., this extremism now informs the usage policies of major social-media networks. I know this because Twitter banned me permanently this year for using “him/her” pronouns to refer to someone whose gender I did not know.

Of course, social-media companies are free to adopt whatever policies they wish. (And I had made myself a target by participating in sometimes heated online exchanges.) But it is far more difficult for me to excuse the spectacle of trained psychologists and their professional bodies applying the same censorious policies. This includes the Ontario Psychological Association (OPA), the self-described “voluntary professional organization representing psychology in Ontario.”

My problems with the OPA began in 2016, when I first defended University of Toronto professor Jordan Peterson on the OPA listserv, following his expressed opposition to compelled speech. Several colleagues engaged with me in a manner that scarcely differed from that of Twitter’s most intransigent and venomous trolls. These interactions, which I’ve discussed on my website, led to my being banned from the OPA listserv in early 2017. The Board of Directors and president (whom I will collectively refer to as “the BoD,” so as to avoid singling out any one person) claimed that my broaching of controversial issues might precipitate an exodus of “dozens” of members from the listserv, or even from the OPA itself.

I won’t deny that my words were blunt and sometimes scathing—typically when I was debating a colleague who was defending a faddish approach to gender-related phenomena that was completely at odds with the available evidence and clinical best practices. I often took a similarly sharp tone when challenged by anyone who lied, distorted what I said, impugned my motives, or maligned my ethics. I won’t deny that I gave as good as I got. But as many people reading this can attest, there sometimes is no other way to navigate a conversational milieu in which any deviation from the ideologically prescribed orthodoxy is seen as tantamount to thoughtcrime. You either fight back, or you go silent.

As psychological professionals, we know from our training and clinical experience that humans are complicated creatures, with overlapping identities, anxieties and fears. Yet when it comes to the issue of trans identity, all of this knowledge often gets wilfully jettisoned in favour of bleated mantras that originate on social media, not in peer-reviewed literature. My disbelief and scorn were roused when I saw psychological professionals reduce complicated questions to ideological litmus tests.

I posted messages containing links to the latest research, and articles that contradicted dubious claims. Some of these pieces—such as an exposé of the American Academy of Pediatrics’ misleading policy paper on helping young people cope with gender issues—were written by respected OPA members.

Needless to say, I did not dismiss the reality of gender dysphoria, or the real challenges and discrimination endured by those who are trans. But I also presented interviews with young adults who said they had regretted their transition—a “desister” constituency that many activists like to pretend does not exist. These individuals’ personal accounts align with research suggesting that social contagion and mental health issues, in some cases, have contributed to the dramatic increase in young people experiencing confusion, anxiety and distress around their gender and sexuality. One reason this area of inquiry is controversial is that it serves to cast a light on “gender therapists” who robotically fast-track young people toward hormonal or surgical interventions, even after just one or two appointments.

Some colleagues who dismissed my concerns noted that the Standards of Care (SOC) established by the World Professional Association for Transgender Health (WPATH) advises against reckless or premature transitioning. Unfortunately, not all self-described gender therapists are following the SOC. Moreover, WPATH’s current guidelines make no reference to “watchful waiting,” an approach that many experts in the field consider the most prudent when working with children struggling with their sense of gender. The SOC contain several contradictions that, in conjunction with its “gender-affirming” mandate, risk increasing the likelihood of hormone therapy or surgery being counselled for confused youth.

I agree with experts who assert that hormonal or even surgical interventions might be the best way to properly address gender dysphoria in some people. However, even the SOC authors concede that there is no way to determine which gender dysphoric or non-conforming children will continue to identify as trans in the long run. Estimates of this permanently non-desisting subpopulation range as low as six percent of all trans-identifying individuals. Even a conservative estimate suggests that more than half of people with gender dysphoria eventually will come to terms with their biological sex.

No matter which estimate you find convincing, it is certain that a rigidly ideology-based approach will risk encouraging vulnerable young people to undergo potentially unnecessary forms of transition that could leave them sterile and full of regret. Yet by my observation, the vast majority of OPA members prefer to ignore evidence that those pushing for radical treatments at increasingly younger ages are apt to downplay or even deny such concerns. To even raise such issues, I have learned, renders one vulnerable to accusations of transphobia.

One response I got from fellow psychologists when I raised these issues was some variation on “Do we really have the right to question the reported lived experiences of trans people?” It goes without saying that psychologists must center the perspectives of the people we treat. But if all we’re doing is validating every claim we hear, without applying our knowledge of human psychology, what value are we providing?

This question is germane to the case of Dr. Kenneth Zucker—one of the foremost international experts on transgenderism—who was terminated unjustly by Toronto’s Centre for Addiction and Mental Health in 2015. (He was eventually vindicated and received a financial settlement from CAMH.) Zucker’s critics were outraged that he did not mechanically “affirm” the claimed gender of his child patients. And this is now the standard of behaviour that many OPA members expect of each other: to be rubber stamps who tell every child who comes into their office that, yes, they are whatever they think they are. It’s not clear why anyone needs a university degree to do this.

In March, 2019, I learned that my OPA listserv posts were being blocked. After initially pleading ignorance, the BoD admitted to censoring my messages due to alleged violations of listserv guidelines. And on July 16, the BoD informed me that they had voted unanimously to exclude me from the OPA entirely. While this does not affect my ability to work as a psychologist in Ontario, it has closed down an important avenue that I had used to connect with peers, to network professionally and to refer certain people who contact me to other psychologists who might be better suited to work with them.

This piece is written as a warning to other psychologists and health care providers who are seeking to balance compassion for trans people with the legitimate concerns of other members of society. In recent years, the reputations, careers and lives of many people have been ruined when they stated basic facts about biology and the psychological development of children. I realize that telling my story will further alienate me from many of my colleagues and perhaps even trigger more vexatious complaints. However, my conscience compels me to speak out. If no one does so, ideology will continue to trump facts, ethics and best practices in this contentious area.