"It will ruin the opportunity for girls to earn scholarships. It will put a glass ceiling back over women that hasn't been there in some time. I think it's bad for women and for women's sports." 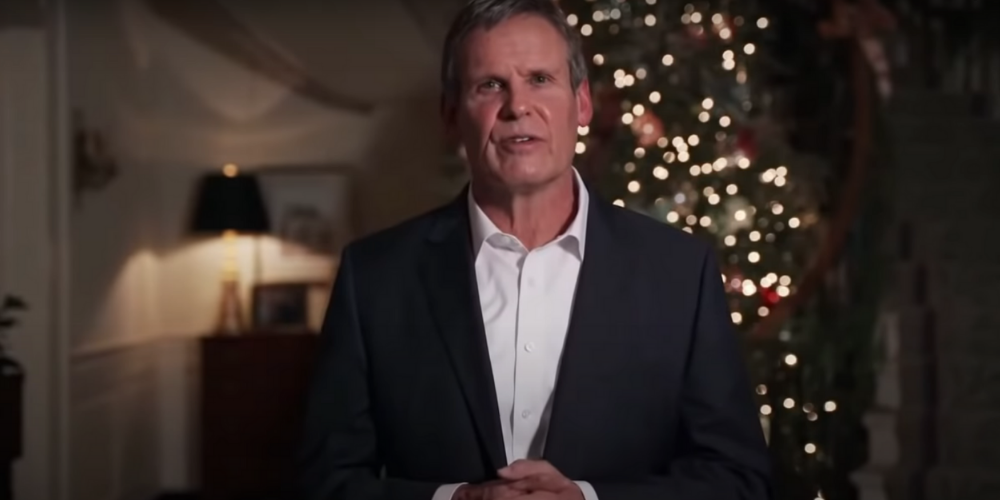 Republican Tennessee Gov. Bill Lee told reporters Wednesday that gender nonconforming biological male athletes who identify to as girls or women should not be allowed to play on middle school or high school sports teams or they will "destroy women's sports," NBC News reports.

"I do believe that transgenders participating in women’s sports will destroy women's sports," Lee said.

"It will ruin the opportunity for girls to earn scholarships. It will put a glass ceiling back over women that hasn't been there in some time. I think it's bad for women and for women's sports," he continued.

Tennessee Republicans put forward a proposal this week that would mandate that girls prove that their sex matches with their "original" birth certificate in order to play on public school sports teams, according to NBC news. Lee did not directly state that he would sign the legislation if it crossed his desk, but echoed the ideas behind the legislation clearly in his Wednesday statement.

"What a hurtful thing for a leader to say," Campbell tweeted, avoiding addressing the issues Lee posed. "There have been zero incidents of this being an issue."

Campbell is perhaps unaware of the instances in both college and high school athletics, such as a notable case in Connecticut where female high school athletes have brought suit against state claiming that allowing biological males to compete in girls events is a violation of their rights under Title IX.

"This is just hate legislation, and to double down with an insult to our LGBTQ community is unnecessary," she continued.

Opponents of the bill say that such a proposal would violate Title IX of federal education law for sexual discrimination.

"Every person should be treated with respect and dignity and should be able to live without fear, no matter who they are or whom they love," Biden's order reads.

"Children should be able to learn without worrying about whether they will be denied access to the restroom, the locker room, or school sports," it continues.