Five cases thus far have been identified in Quebec, as well as two dozen possible cases. 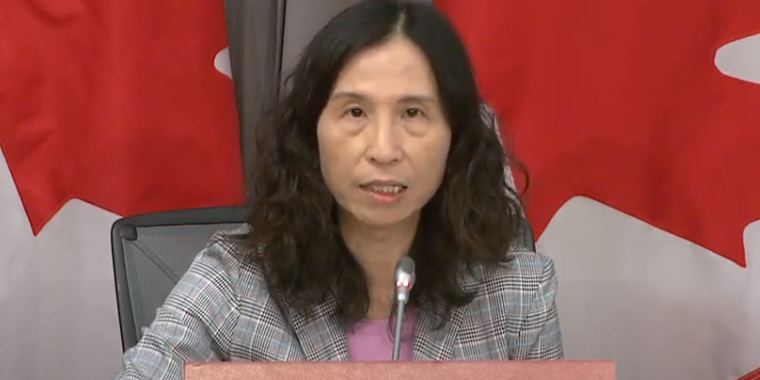 Canada's public health officials are warning that nearly every one within the country's borders is susceptible to the rare monkeypox disease because vaccination against smallpox ended in the 1970s.

Monkeypox is a disease that is closely related to smallpox, which the World Health Organization declared eradicated in the 1980s.

Five cases thus far have been identified in Quebec, as well as two dozen possible cases.

Health officials say that the virus spreads through direct contact with an infected person's spit or other bodily fluids, as well as contact with sores. It is not considered very contagious in social settings. It is typically milder than smallpox, though it causes similar symptoms, including lesions across the body.

Officials say that the smallpox vaccine is effective in helping to prevent monkeypox, though most are not protected as Canada stopped immunizing against smallpox in 1972.

"I would say, generally, the entire population is susceptible to monkeypox," said Dr. Howard Njoo on Friday, according to CTV News.

Tam would not disclose how many smallpox vaccines Canada has on-hand, citing security reasons.

Public Services and Procurement Canada said last month that it would purchase 500,000 doses of the Imvamune smallpox vaccine from 2023 to 2028.

A Danish vaccine made by Bavarian Nordic has also been approved by Health Canada.

It is still unknown as to where most cases of the virus have originated.

"Not many of these individuals are connected to travel to Africa where the disease is normally seen, so this is unusual. It's unusual for the world to see this many cases reported in different countries outside of Africa," Tam said on Friday.

"There's probably been some hidden chains of transmission that could have occurred for quite a number of weeks, given the sort of global situation that we're seeing right now," she said.