WATCH: Gov. Abbott shows how Texas is becoming the first state to build its own border wall

Gov. Greg Abbott gave an exclusive interview on Monday at his state's border with Mexico. The video of the interview shows some of the materials that will be used in the border wall Texas is now finishing since the Biden administration halted its construction. 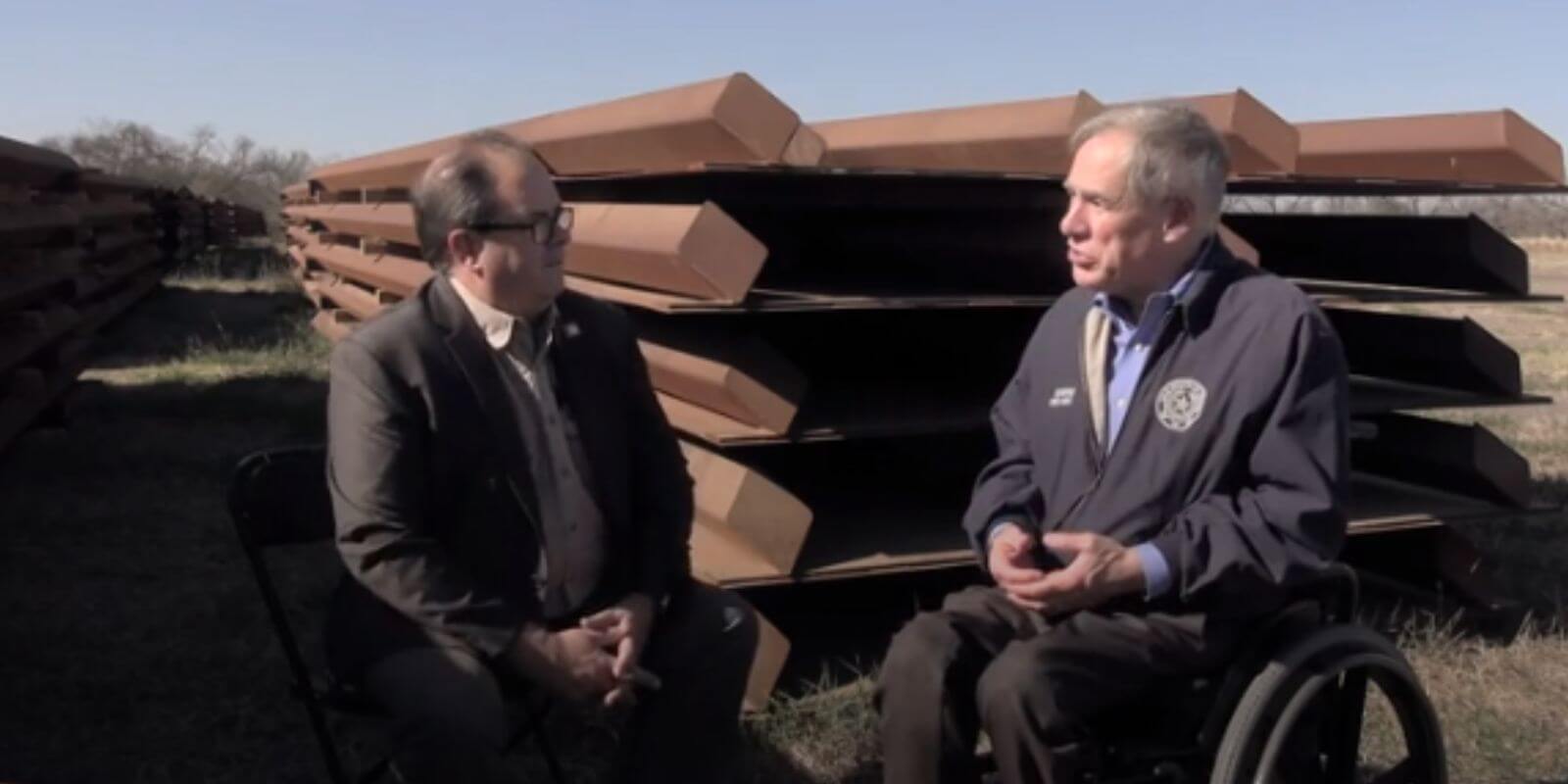 Gov. Greg Abbott (R-TX) gave an exclusive interview on Monday at his state's border with Mexico. The video of the interview shows some of the materials that will be used in the border wall Texas is now finishing since the Biden administration halted its construction.

Gov. Abbott had previously announced on Jun 10 2021 that the state of Texas planned to continue the Trump administration's work on the border wall, since the Biden Administration had abandoned the project. Six days later, the Texas government earmarked the funds needed for things to happen.

"Texas is the first state ever to build a border wall," Governor Abbott told the press.

Gov. Abbott noted on the lack of a need to change the wall's design, saying, "A lot of the border wall is being built by border wall material that there was a contract for."

"In addition, a lot of people saw on TV a lot of these border wall components like this that were just laying on the ground, that taxpayers had paid for," added Gov. Abbott, continuing by noting that "Biden chose not to build the wall."

However, things haven't been all easy going for Gov. Abbott. He mentioned how the federal government is actively opposing Texas's efforts:

"We found a way, by going through the surplus program of the federal government where Texas would be able to obtain these border wall panels and we obtained as much as we could, until Biden found out about it."

"He put a stop to Texas being able to get it. There may be some other ways that we will be able to get more." These panels are covering a huge area in the background of the video.

Abbott went on, talking about how people owning property on the border have been happy to generously contribute to moving the project forward:

“Texas is not having to use eminent domain," noted the governor. "People who own property on the border are so angry against the Biden administration, so frustrated by the chaos and the crime created on their own property, they are giving us an easement to build the border wall."

Due to people's grassroots-level support for the project, "Texas is able to build the wall at a faster pace and a lower cost than even what President Trump could do."

"The bottom line is the border wall panels that Biden was allowing to lay on the ground will be up and protecting and securing the Great State of Texas."