The crisis at the southern border shows no signs of letting up, prompting law enforcement to come up with creative solutions. Border apprehensions are up nearly 500 percent from last year. 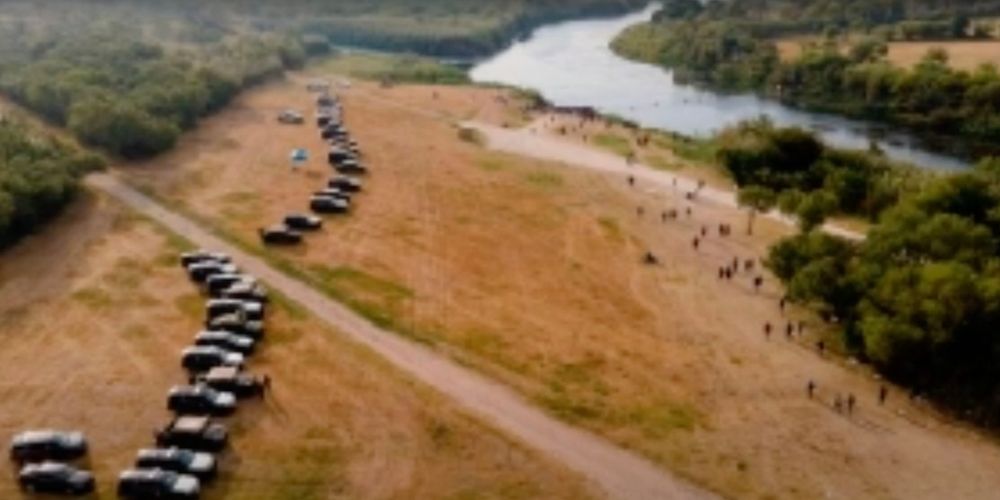 The crisis at the southern border shows no signs of letting up, prompting law enforcement to come up with creative solutions. At a Tuesday press conference, Texas Governor Greg Abbott discussed the crisis, which has boiled over in the town of Del Rio.

"One day," Gov. Abbott began, "countless people were coming across the border, then the very same day the Texas Department of Public Safety put up all these DPS vehicles, and suddenly, in an instant, people stopped crossing the border in this location." The vehicles, he continued, go on for miles, and have essentially created a "steel barrier" through which migrants could not cross.

Over the past week, there has been a surge in Haitian migrants attempting to cross the border into the US. Images appearing to show border patrol agents corralling migrants with whips were circulated throughout the media.

The contention that agents were using lashes was quickly debunked as people realized that they were actually split horse reigns.

Abbott criticized the Biden administration's handling of the crisis and their insistence on blaming "root causes." According to Fox News, the Texas governor has "attempted to take matters into his own hands," with plans to create a border wall and initiate Operation Lonestar.

Abbott, alongside Arizona Governor Doug Ducey, lead a coalition of 26 Republican Governors who demanded an end to the migrant crisis in a joint letter to the White House.

"The months-long surge in illegal crossings has instigated an international humanitarian crisis, spurred a spike in international criminal activity, and opened the floodgates to human traffickers and drug smugglers endangering public health and safety in our states," the governors wrote. "A crisis that began at our southern border now extends beyond every state and requires immediate action before the situation worsens."

"The negative impacts of an unenforced border policy on the American people can no longer be ignored."

In addition, almost 10,500 pounds of fentanyl was seized this fiscal year compared to the previous three years combined. Only 2 milligrams is needed to kill a person — enough to kill seven times the US population.

Abbott also sent a separate request to Biden to issue a federal emergency declaration over the situation on the border.

"Families, including infants and children, need food, water, and medical supplies that the local government cannot supply," the governor wrote. "Thousands of families are immobilized in 100-degree heat as their numbers continue to swell as they wait to be processed by the approximately 64 federal agents in the area."

Overwhelmed agents work six-day work-weeks at more than 10 hours a day dealing with over 14,000 primarily Haitian migrants camped under the international bridge – with reports of tens of thousands more migrants on the way.