The ‘anti-diet’ movement is anti-scientific madness

No, being overweight is not “beautiful,” “woke” or “cool.” It’s unhealthy and dangerous. 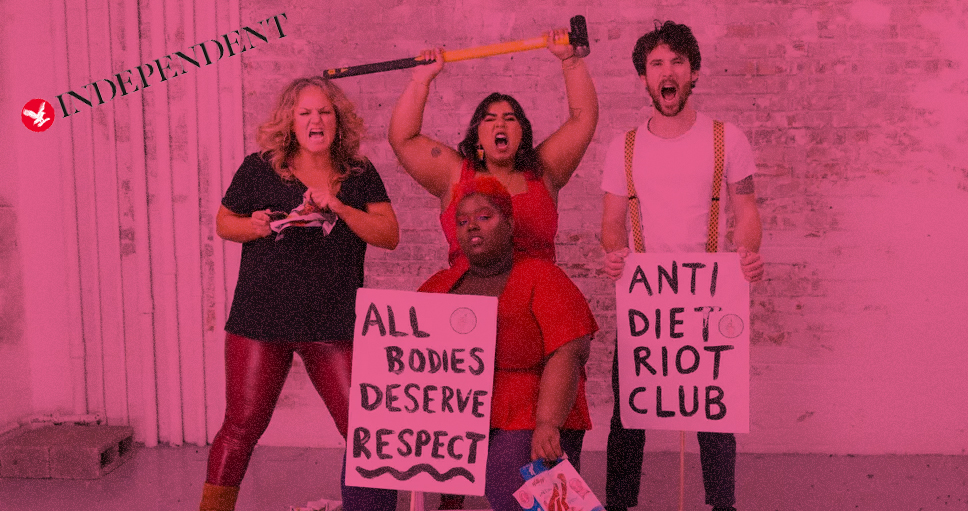 Much of the political dysfunction surrounding the social justice movement is the result of passionate campaigners who rightly identify a problem but then swing to the opposite extreme.

This is the case with ultra-feminists who respond to sexism by hating men, as well as anti-racists who attempt to fight the sad and real history of racism by carping on about “microaggressions.” Perhaps most glaringly, the tendency of activists to vacillate between extremes is on display in the “body positivity” movement, which has, in a visceral reaction to the real problem of cruelty toward overweight people, thrown itself headfirst into science-denial and the glorification of unhealthiness.

Nowhere is this more evident than in the “anti-diet” movement rising to prominence in some woke, left-wing circles.

Take, for instance, the “anti-diet” social club glowingly profiled by The Independent, one of the U.K.’s largest liberal-leaning newspapers. The paper reported (quite positively) on the organization and its founding members, in light of the group planning a “festival” to raise awareness against dieting.

The Independent quoted the club’s founder, Becky Young, as saying: “Diets are still out there, our society is inherently fat phobic and we are all suffering because of it. Diet culture tells you that when you achieve your dream of losing weight you’ll be happy and successful. It sells you a false dream.”

Young continued, saying that society is guilty of “stigmatising fat people” and the “fat experience.” Her organization has amassed 75,000 followers and counting on Instagram, where it boasts to be a “Rebel community fighting diet culture” and promoting “Fat/sex/body activism.” The page’s posts show women, some just slightly overweight and others clearly obese, boasting about their unhealthiness and flaunting health norms, such several posts that explicitly encourage people to “lose hate, not weight.”

Of course, these activists are clearly coming from a good place: No one, especially women, should be shamed or insulted for their body and their weight. And, in particular, sometimes certain gimmick “diets” can be unhealthy or even dangerous. But obesity is still unhealthy, and these activists have crossed the line from “body positivity” to promoting unhealthiness and flouting basic health science.

Obesity literally kills millions every year. It is not “badass” or “fierce” to get diabetes or develop heart disease—it’s deadly.

These particular women are British activists, and the obesity problem is not quite as bad (yet!) in the U.K. as in my home country, the United States. But the American experience shows the perils of glorifying, or at least normalizing, obesity. According to the U.S.’s Centers for Disease Control, “Obesity puts individuals at risk for many of the leading causes of death, including heart disease, stroke, some types of cancer, respiratory diseases, diabetes and kidney disease. Obesity costs the U.S. about $147 billion in medical expenses each year.”

So no, being overweight is not “beautiful,” “woke” or “cool.” It’s unhealthy and dangerous. Shaming people for their bodies is wrong, but equally misguided is glorifying a medical condition that’s literally killing people every day.

Of course, some will dismiss these “anti-diet” campaigners as fringe figures, a convenient strawman for those of us who enjoy mocking the excesses of the social justice movement. And it is true that such an embrace of obesity is not exactly a mainstream position, even on the woke left.

But such sentiment is growing. From the internet mob that descended on fitness guru Jillian Michaels for merely declining to glorify pop singer Lizzo’s obesity to the 300-pound “plus-sized” model put on the cover of Cosmopolitan magazine in 2018, our culture is increasingly glorifying obesity.

This anti-science madness is dangerous, and it must be stopped.

Brad Polumbo is Deputy Opinion Contributors Editor for the Washington Examiner. You can follow him on Twitter @Brad_Polumbo.