The academic world is in the grips of yet another scandal. This time it’s come in the form of an admissions scandal of truly epic proportions. 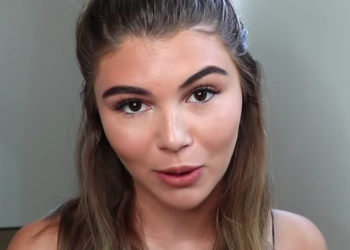 The academic world is in the grips of yet another scandal. This time it’s come in the form of an admissions scandal of truly epic proportions. At least 40 wealthy parents—including actresses Felicity Huffman (of Desperate Housewives fame) and Lori Loughlin (Full House)—paid William (Rick) Singer, head of a phony charity called The Key Worldwide Foundation, to get their kids into elite universities via the “side door.”

Singer’s methods included faking SAT scores (by paying off invigilators at authorized test-taking locations); fabricating histories of athleticism (complete with Photo-Shopped images of your kid scoring the winning goal); faking learning disabilities to get extra time on tests and assignments (usually with the aid of a therapist who was also on the take); and paying off coaches at places like Yale as much as $400,000 to play along.

A society that cultivates the virtue of competitiveness, honesty, and fair play produces genuine competence and excellence. By contrast, a society such as ours, which cultivates competitiveness without balancing virtues like honesty and fair play, produces well-educated sociopaths, boring lifelong valedictorians, and the College Cheating Scandal. If we wish to move past this, we’re going to have to rethink our approach to the problem of competition.

“I’m going to fucking kill you next year.”—That’s what Boston Bruins forward Milan Lucic told Montréal Canadiens forward Dale Weise, at the end of the game, during the beautiful and richly symbolic post-game handshake ritual. “Don’t be a sore loser, don’t be a sore winner.”—That’s what my mom always said. That’s what she taught us. And to the extent that I’ve heeded this advice, it’s served me well; when I’ve failed to heed it, I’ve almost always regretted it later on. Only in adulthood did I realize that what she was teaching me was in fact a rather sophisticated solution to the problem of competition.

Well-functioning stable societies are invariably good at the Civilized Strategy. In Outliers (2008), Malcolm Gladwell maintains that one of the keys to Roseto’s extraordinary success as a community was the way in which it dealt with inequality. Society’s winners were, on the one hand, regularly reminded of their obligations to those less fortunate and strongly encouraged to refrain from showing off. Society’s losers were, on the other hand, treated with a great deal of dignity. The wealthy in Roseto were, writes Gladwell, discouraged “from flaunting their success and helped the unsuccessful obscure their failures.”

Milan Lucic’s gracelessness is reprehensible. But it’s really just a symptom of a much larger cultural problem. We’re raising kids with remarkably mixed messages these days. First we tell them, usually in kindergarten, that we’re all special, that competition is bad, and that everyone should get a medal. Later on, usually in high school, we tell them they have to be the best of the best, that they better get into a good school and be prepared to compete in a global marketplace. WTF? No wonder they’re confused! Am I supposed to be a ruthless predator or a selfless saint?

Neither of these strategies is particularly realistic or conducive to the kind of civil society we wish to live in. The Kindergarten Strategy rarely works in practice. And when it does it invariably leads to dead, boring, stultified societies. Eastern Europe at the end of the Cold War Era is a case in point, as is Cuba under Castro. The Ruthless Strategy can work in the short-term, but it has proven just as unsustainable over the long-term. Unfettered competition invariably leads to barbarism.

Just as there are plenty of good reasons to refrain from cheating and fight fair, there are plenty of good reasons to be graceful in victory and graceful in defeat. Ruthlessness is, for the most part, remarkably stupid and shortsighted. As every intelligent eight-year-old knows, getting invited to play the next game is the primary objective of every game. Winning is of secondary importance.