Sesame Street said that these new characters are part of their new "ABCs of Racial Literacy," under the banner Coming Together, and addresses Sesame Street's "ongoing commitment to racial justice." 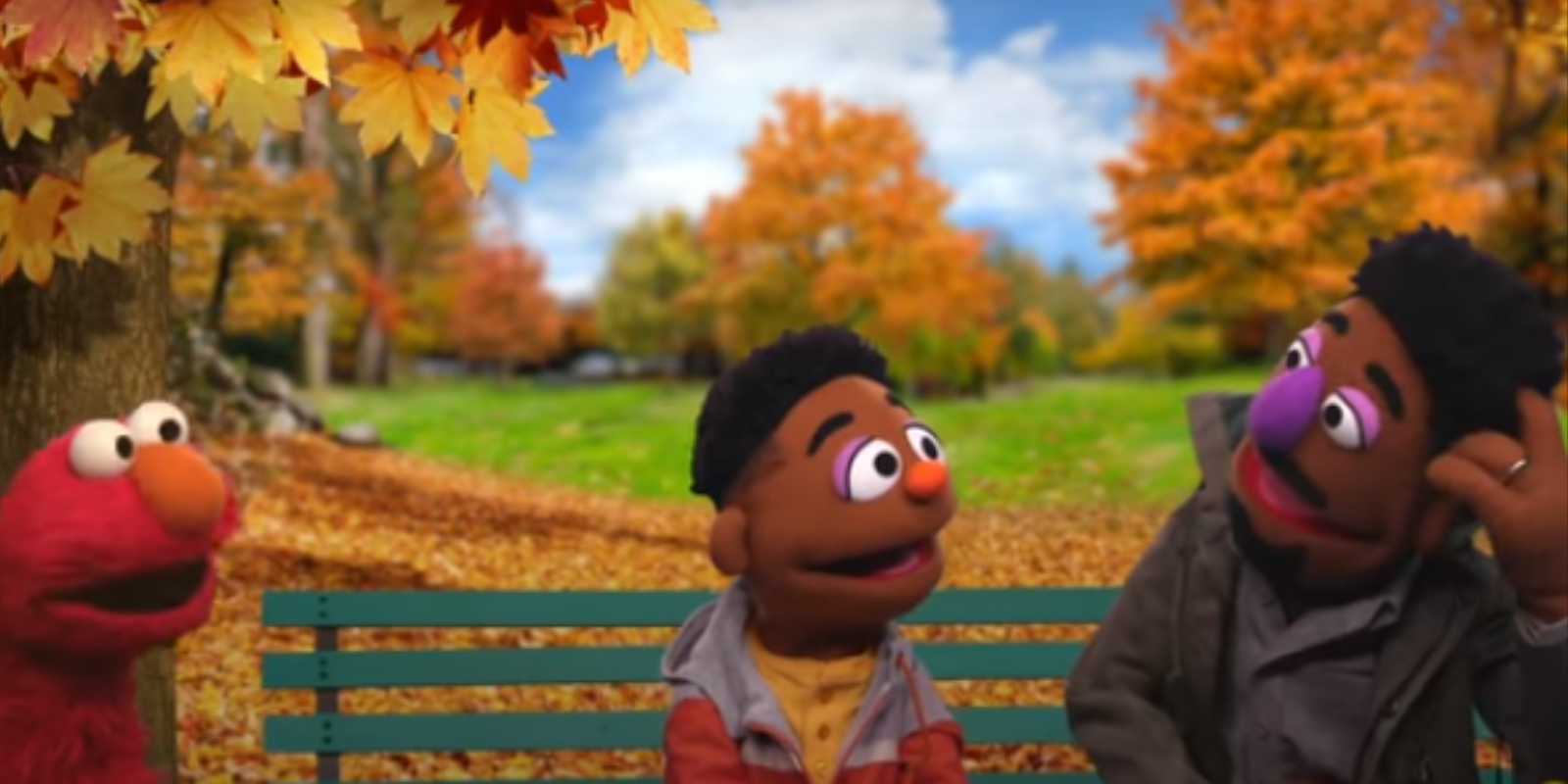 "Sesame Street" has released a new trailer introducing two new characters, a black father and son, who will have been brought on the show specifically to talk about issues of race.

In the video, the two new characters talk to Elmo about identity, and congratulate him for pointing out that the leaves on the ground are the same color as the new characters' skin.

They get into further discussion of skin color, and the father says "the color of our skin is an important part of who we are."

"Things on the outside," the father says, "like our skin color, our hair texture, our noses, our mouths, eyes, make us who we are. Many people call this race. But even though we look different we're all part of the human race."

"When people of all colors come together we stand strong," the father says.

Sesame Street said that these new characters are part of their new "ABCs of Racial Literacy," under the banner Coming Together, and addresses Sesame Street's "ongoing commitment to racial justice."

This program is "Designed to provide families with the tools they need to build racial literacy, to have open conversations with young children, to engage allies and advocates to become upstanders against racism, and more, Coming Together includes a racial justice educational framework, ongoing research, and a rolling release of new content."

Sesame Street, in the days of its inception in the 1960's, broke major ground by featuring people of all races as neighbors and friends, but they've never had a black Muppet before, or indeed, any Muppet that has an identifiable race.

Sesame Street recently had a bit of controversy on their hands, when one of the on-screen characters talked about her mother's substance abuse problem.

Sesame Street's own website has a page dedicated to racial justice, which reads: "All kids need a strong individual and group identity, but racism hurts the healthy development of both. Racism hurts our entire society."

"Whether you and the children in your care are directly affected by racism or you’re allies of those who are, engaging honestly and directly with little ones is the beginning of building racial literacy (the skills needed to talk thoughtfully about race and to identify and respond to racism)."

"Here are resources to develop children's understanding, curiosity, resilience, and empathy—and to prepare for the task of building a better world by standing up, standing tall, and standing together."

The page has various resources for children and their parents on the topics of race and racial justice.