The culture wars come for the writers

“Where I get nervous is when people get denounced for saying things that make people feel uncomfortable or denounced for not having the right to express something because they are not from the background which should be expressing it.” 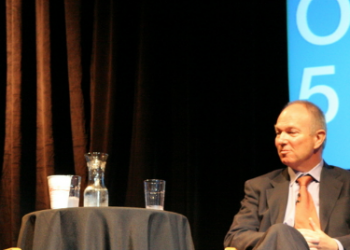 Moderator Suzanne Nossel framed the core question of the night by asking who gets to tell a story. Who are the gatekeepers? She posited that “call out culture is in the eye of the beholder” then asked her guests to speak on the issue of identity politics and how it’s affecting the writing community.

Ian Buruma, author and former editor of the New York Review of Books, replied “Where I get nervous is when people get denounced for saying things that make people feel uncomfortable or denounced for not having the right to express something because they are not from the background which should be expressing it.”

He was concerned with the self censorship that results from the mob mentality of today’s social media. Writers and artists are meant to take risks and create something new, not be chained down as a representative for their identity group.

He was challenged by LGBTQ+ writer Meredith Talusan who expressed a need to “disambiguate” the issues around representation and bias in the institutions which decide who gets published.

Buruma was recently forced out of his job as editor for publishing an essay by Jian Ghomeshi, a Canadian radio host who was acquitted of sexual assault allegations in a court of law but remains socially unpersoned many years later. That became the subject of debate at the end of the discussion.

On the issue of being labeled “problematic,” Buruma revealed that he has been told he can’t be published in magazines he’s previously written for because he now makes younger editors uncomfortable. He found that very disturbing.

The New York Times critic-at-large, Wesley Morris, showed astonishment at Buruma’s decision to publish the controversial essay. He thought it would have been more interesting to showcase a man who was willing to self-flagellate and beg for forgiveness. Buruma didn’t agree. He thought that was rather trite.

Buruma said the essay “raised a question about crime and punishment. If you’re living in a society where the rule of law governs society,” he wanted to know why people like Ghomeshi, who are deemed innocent by our justice system, are not allowed to return to public life again. He noted “there’s another form of punishment that is relatively new and driven by social media.”

Social mobbing has created a category of “non-people” who are eliminated from society. They are “no longer supposed to exist.”

Buruma knew the essay would be controversial but despaired that creating uncomfortable conversations could now force a person out of a career. Author Francine Prose had expressed a similar sentiment earlier in the event saying an idea had wrongly “crept into the culture that the point of writing is to make people feel safe and comfortable and secure.” She felt that kind of thinking was creating a dangerous echo chamber.

Similarly, Ayad Akhtar, a playwright and novelist who recently endured backlash for a play called “Disgraced,” mused that he wouldn’t have a career if his work had to be run past a “sensitivity reader.” I had to look that phrase up and it seems to be an apology prevention team that tries to help people avoid offending anyone.

That’s an impossible task. The modern outrage industry fueled by social media has turned our culture into the opening credits of a Monty Python movie where the people who recently sacked the last guy just got sacked.

One thing that stood out while watching the event is that the issue of wrongspeak remains the hallmark of the left. To the social justice minded members of the panel there was clearly only one right way of thinking: some people matter and some people don’t. The other side was not as intolerant.

It is a strange and disturbing world when tolerance has become offensive and the intolerant are masquerading as moral icons.

Those who are presuming to know who should be allowed to speak which words seem to forget that one day someone else will take the reigns. In the world of Twitter, words are now considered a form of violence and heroes die fast. Woke today, gone tomorrow.

While the PEN discussion brought together some interesting perspectives, it didn’t offer any solutions. And the one question that didn’t get answered was “who are the gatekeepers?”