The Democrats just can't stop blaming 'Russia' for their own failures

It's not enough to make up lies and expect the American public to believe them. It's for sure worked for Democrats in the past, but the time has come for the truth to be known. 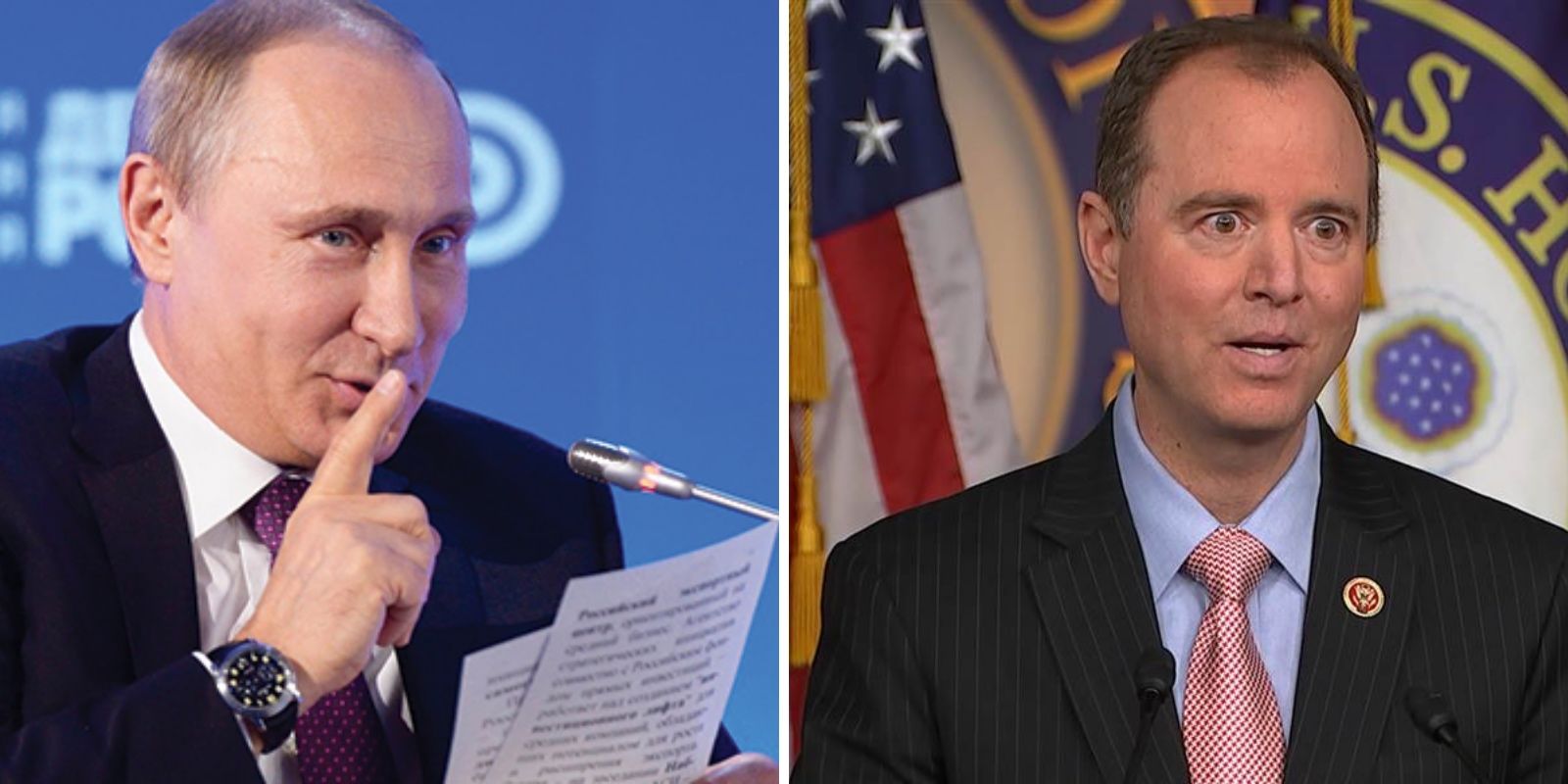 The Pulitzer Prize was given in 2018 to both The New York Times and the Washington Post for their coverage of allegations of Russian collusion against President Trump.

Their investigation, as well as that of the House Intelligence Committee, led to impeachment hearings. But it has since been proven that everything that pointed at Trump was a fiction. The real hoax was that Trump had colluded with Russia at all.

That theory of Trump's Russian collusion was thoroughly debunked, due in large part to the efforts of another outlet, that did not win a Pulitzer despite excelling at real journalism,The Federalist.

This theory of Trump colluding with Russia has been shown to be complete nonsense, but that hasn't stopped The New York Times from digging their heels in even deeper on the idea that it is the Republicans, and not the Democrats, who are working an angle with Russia.

It was the Hillary Clinton team that incited the initial calls to Trump and Russian collusion, and it is the Joe Biden, now who is alleged to have been part of pay-to-play schemes designed to enhance his son Hunter's business status.

In 2018, The New York Times' Michelle Goldberg demanded that the Senate Republicans investigate Russian interference in the 2016 election. She claimed they were saying they were investigating, while really just running cover for Trump. She compared them to OJ Simpson's lawyers in that murder trial.

Basically? The whole Trump Russia collusion narrative was a smear campaign concocted by and paid for by the Hillary Clinton campaign.

In 2018, Goldberg wrote that the Republican theory "goes something like this: Hillary Clinton's campaign hired Fusion GPS to gather anti-Trump misinformation from Russia. Fusion GPS, working with the retired British spy Christopher Steele, then delivered the Russian smears to the F.B.I., which was determined to thwart Trump. So if anyone was guilty of collusion with Russia in the 2016 election, it was Clinton and her allies."

Despite the Republican theory being factually correct, and the entire Democrat reason for impeachment having been a sham, Goldberg has seen fit to double down on her supposition that it's Republican, Russian collusion that is to blame for the veritable treasure-trove of emails and documents showing outright corruption and influence peddling among the Biden clan. The Republicans brought up these claims during impeachment, but then, as now, Democrats have ignored it and said that it's not true.

There's no evidence to say that the allegations against the Biden's aren't true. And the Biden/Harris campaign has issued no disavowal of the claims other than to say they are a "smear." Biden won't even address it at all, preferring to discuss milkshakes than potential FBI probes into his family's interference in foreign affairs to further his son's interests.

Yet Goldberg has taken the exact same tack as she did in 2018, blaming Republicans for Democrats wrongdoing. She slanders Rudy Giuliani, once called America's mayor, as a Russian asset, and then claims that:

"The provenance of the alleged hard drive is murky, and the F.B.I. is reportedly investigating whether it's linked to a foreign disinformation campaign." Director of National Intelligence John Ratcliffe has said unequivocally that it is not.

"Giuliani claims his lawyer got it from a Delaware computer repair shop owner, John Paul Mac Isaac, who says someone he thinks was Hunter Biden dropped off three laptops and never picked them up. Mac Isaac gave a halting interview to several journalists last week; The Daily Beast published the audio, so you can hear for yourself as his story shifts over the course of an hour."

Goldberg would be helped in her attempts to debunk the emails and the laptop from whence they came if the Biden camp would say anything about it at all, but they haven't, and the laptop has been verified.

Yet notable journalists and elected leaders, like Chair of the House Intelligence Committee's Adam Schiff, continue to say, without proof, that the laptop is part of a Russian plot. Schiff was a primary source of bad information on Russian collusion that led to impeachment hearings. He was wrong then, and he's wrong now.

There is a small mountain of material to dig through with regard to the Biden families involvement in leveraging then VP Joe Biden's position in the Obama administration for financial gain. But instead of investigating it, or calling for a clear inquiry, as they did so fully in 2018, they are attempting to sweep it under the rug and ignore it. Just as the allegations against Trump had to be dealt with—and were to the point of impeachment hearings—these allegations, and the formidable proof that backs them up, must be accounted for.

It's not enough to make up lies and expect the American public to believe them. It's for sure worked for Democrats in the past, but the time has come for the truth to be known. It was an investigation that lifted suspicions from Trump being party to Russian collusion, and it is truth, now, that would lift the admonishments from Joe Biden and his family.

The only reason that Democrats and their supporters in the press are ignoring it, glossing it over, and pretending it's all false, is because they are afraid that the truth will show Biden's corruption. If they weren't afraid, they'd interrogate these claims until the truth came out.

That's what real journalists would do.