The names of nine of the US soldiers tragically killed by a suicide bomber at the Kabul airport on Thursday have now been released to the public. 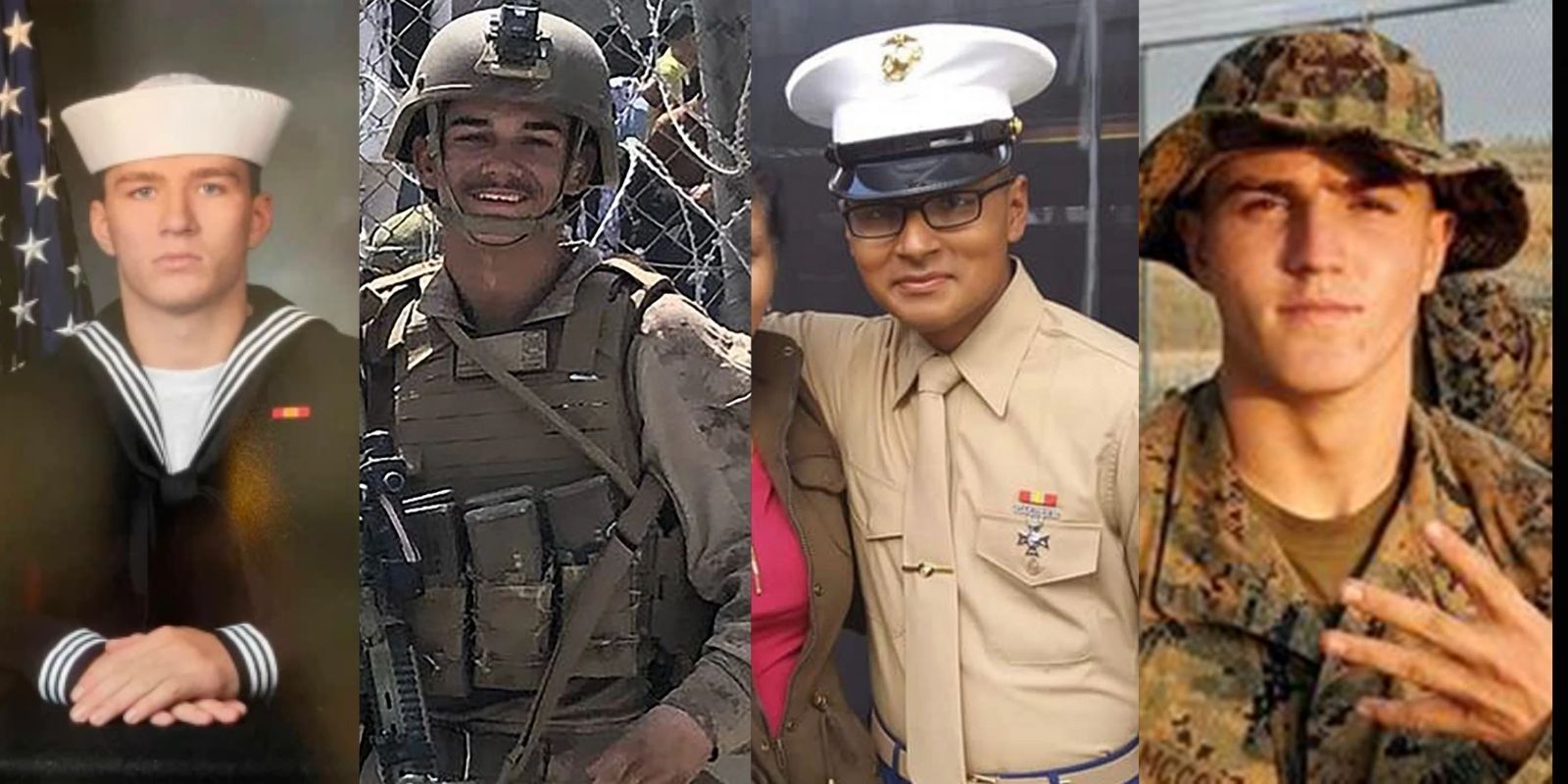 The names of nine of the US soldiers tragically killed by a suicide bomber at the Kabul airport on Thursday have now been released to the public.

The US military, as a matter of policy, doesn't release details on fallen soldiers until 24 hours after their families have first been notified.

According to the New York Post, Maj. Jim Stenger, a spokesperson for the US Marine Corps, stated by email:

"We continue to mourn the loss of these Marines and pray for their families. Our focus now is taking care of the families of those who were killed and caring for our injured."

The following information has now been made available to the public regarding the identities of the soldiers in question. One from the Navy, one from the Army, and the seven others being from the Marine Corps:

Initially, the reports that came in from the suicide bombing stated that three soldiers had been wounded, but, lamentably, the death toll started climbed throughout Thursday as the situation developed. It currently stands at at least the thirteen US soldiers already mentioned, and close to 200 Afghan dead.

Marilyn Soviak, Maxton's older sister, showed a photo of the two together as children to the Post, saying, "He was a f**king medic. there to help people. and now he is gone and my family will never be the same. there is a large Maxton sized hole that will never be filled."

"He was just a kid. we are sending kids over there to die. kids with families that now have holes just like ours."

"They sent my son over there as a paper pusher and then had the Taliban outside providing security," Steve Nikoui, Kareem's father, said, going a bit further in his criticism:

"I blame my own military leaders… Biden turned his back on him. That’s it."