The left only loves science when it suits their cause

We saw the left censor talk of science regarding gender identity. Then they shifted to allegiance to science during the pandemic. Raise your hand if you got whiplash watching this bait and switch. 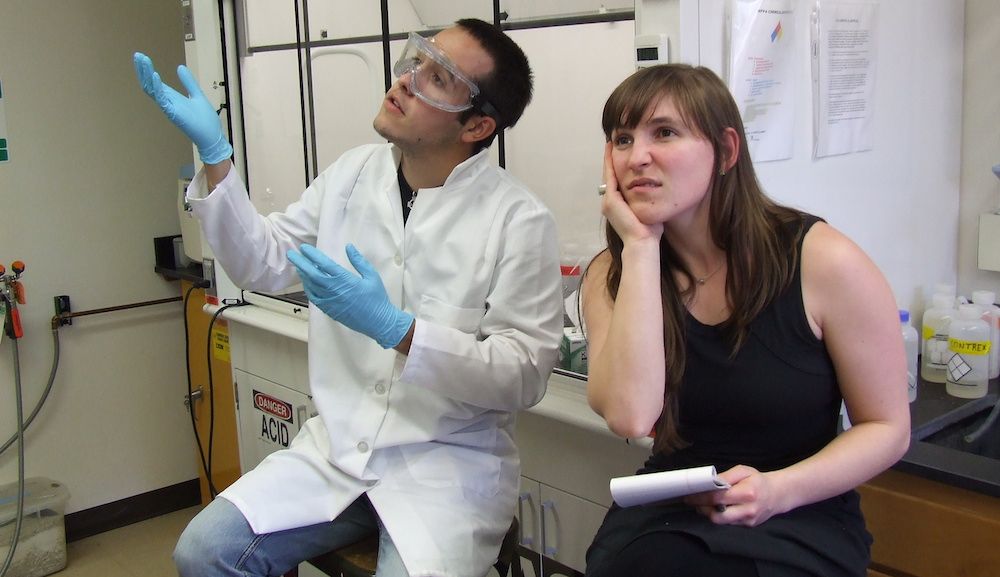 Where social media was once the space for artists to expose their talents and for political acts to be exposed, today it has become a minefield of wokerati. In the run-up to a global pandemic, we witnessed how social media has pushed for authoritarianism in demanding curbs to freedom of dissent concerning matters of science where gender identity has been medicalized. Then during the pandemic, we saw this same left suddenly shift only to insist that medical science, even in its early days researching COVID-19, be hailed and rigidly supported.

Raise your hand if you got whiplash watching this bait and switch.

Despite the fact that the science on this coronavirus is far from complete, there are certain scientific facts that have informed public policy, much of it based on the successes of social distancing from the 1918 Spanish flu pandemic: namely social distancing. A cursory glance at how Philadelphia and St. Louis approached the Spanish flu demonstrates a vastly different mortality rates between both cities because of how St. Louis employed social distancing measures within two days of its first case. Conversely, Philadelphia took 16 days to implement social distancing measures which had tragic results: Philadelphia’s mortality rate was more than double that of St. Louis. Lessons were learned a century ago that seem to not have trickled down through the generations.

Still, science has formed a large part of the social and political discourses throughout the twentieth century to the present and science has improved human longevity over the past 100 years with remarkable success. If it wasn’t the dangers of nuclear fission, science was debating the pros and cons of protease inhibitors in the followup care to HIV+ patients. Still as Ebola and SARS, far away from the reality of most of our lives struck thousands, anti-science views came into preponderance in western, mostly anglophone countries since the turn of this century as identity politics sought to usurp scientific discourse and empirical evidence with feelings.

So, the one thing that changed in the initial weeks of the COVID-19 pandemic was an absolute silence in mainstream media, a virtual island retreat vacation from the hokum of identity politics that had been covered in hyperbolic numbers by the mainstream media for the past decade. It’s almost as if for a brief moment in time earlier this year that most media understood, finally, the difference between pandering to upper-middle class readers with penchants for reading Pink News while trolling those they dislike on Twitter and those individuals who urgently needed healthcare information while caring for their loved ones.

That vacation, I’m afraid to break it to you, dear reader, is now over.

As evidenced by hundreds of death threats and other rather rapey harassment sent to JK Rowling the anti-science mob is back.

Ta-dah! Alas the rampant misogyny from the lips of alleged peace-loving leftists.

All this because of Rowling’s response to an earlier bout of harassment for her support of women’s rights wherein she quite eloquently exposes her reasons for supporting women’s rights.

Aside from this we are facing squarely the after party of where a global pandemic meets fairy dust. Here’s the spoiler: it doesn’t end well.

Daniel Radcliffe quickly spoke out in disagreement with Rowling stating, “Transgender women are women,” adding “Any statement to the contrary erases the identity and dignity of transgender people and goes against all advice given by professional health care associations who have far more expertise on this subject matter than either Jo (Rowling) or I.”

This is a completely anti-science statement for Radcliffe to make given that neither healthcare associations nor doctors make the claim that changing one’s sex is possible. Yet, Radcliffe self-isolated during the COVID-19 pandemic and read parts of JK Rowling’s Harry Potter to fans across the globe. So what is it? Is a global pandemic a feeling or a reality, or was Radcliffe performing lockdown as part of the larger 5G conspiracy that has been floating about the netherworld in recent months? Radcliffe even apologizes for Rowling in one media report. Welcome to the 19th century where women are spoken for!

Other stars jumped in the mobbing such as Eddie Redmayne who wrote, “I disagree with Jo's comments. Trans women are women, trans men are men and non-binary identities are valid.” Perhaps Mr. Redmayne ought to consider, therefore, the ire set upon him by trans activists when he took the role of a transgender-identified male, Lili Elbe, in The Danish Girl (2016) disappointing another host of fans who believe that to have the role you must be the person (apparently) in real life.

But wait, what is this you say? Eddie Redmayne  has been raising money for Partners In Health (PIH), a nonprofit organization fighting COVID-19 in some of the most vulnerable countries around the world. It’s quite odd that when it comes to highlighting their own virtues these actors knows quite well where to put their money, and when it comes to trashing a writer who not coincidentally happens to be female, they know precisely how to cash in on the mobbing.

Here’s Ruppert Grint stating more anti-science nonsense, the Ave Maria of gender ideology, “Trans women are women,” and here he is with a face mask. Me thinks that Grint knows his science when it suits his best interests. And here is Emma Watson decrying Rowling’s “transphobia.” Oh but wait, here she is again virtue signalling for the #IStayHomeFor them campaign. Either Grint or Watson are feigning scientific knowledge about COVID-19 or they are feigning that sex can be changed. It really is that simple.

As one commenter wrote beneath Andrew Doyle’s discussion with Douglas Murray on woke culture, “When victim hood is considered currency there's bound to be counterfeits.” There is no more perfect example of the counterfeit culture of wokerati science when in the same sentence you can expound upon the magical, almost Hogwarts-worthy fiction of men becoming women while you wear a face mask telling your fans to stay home. It’s time we hold up the counterfeits to the light and move forward with discussing in a civil manner the facts that separate science from fiction.