"Charlie, I've said it before, the Left plays to win and the Republicans just play, and you hear right there. It's like, oh... Let's see what happens and see where this goes. Are you kidding me?" 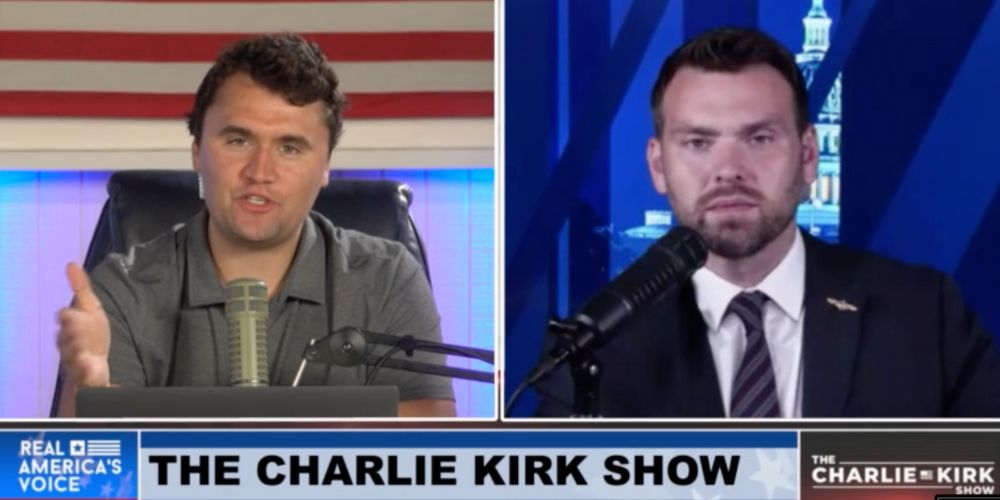 While appearing on CBS News Tuesday morning, Senator Tim Scott (R-South Carolina) presented a differing viewpoint surrounding the weaponization of Biden's DOJ against the former President and said that the American public needs to allow the FBI's investigation "play out."

"And there's been lots of questions before this raid about whether or not the FBI is doing their job apolitical. And we don't know the answer to that question. Yeah, this is gonna raise more questions in my opinion. We need to let this play out and see exactly what happens," said Scott.

When Charlie Kirk asked Posobiec his thoughts on Senator Scott's comments, Posobiec said, "Are you kidding me?"

"Charlie, I've said it before, the Left plays to win and the Republicans just play, and you hear right there. It's like, oh, let's just play. Let's just play it out. Let's see what happens and see where this goes. Are you kidding me?" said Posobiec.

"Chris Wray was just in the judiciary committee lying to your face, Senator. He knew that this was coming and he lied to your face. And aren't you even personally offended by this?" Posobiec asked rhetorically.

"Are we a country that's run by the people, or are we run now by the national security state?" Posobiec asked. "Because to me, and I'm just going to say it, that sounds like Tim Scott is worried about something – 'oh I don't want to go against these guys, they're going to raid me in an election year.'"

"You got to stand up right now and say, 'I want the power that was gifted to me by our forefathers.' That's power. The national security state, they don't exist in our federal constitution," the Human Events Daily host told Kirk.

Posobiec explained that the Biden administration has created a fourth branch of government, a branch that specifically targets individuals that politically lean conservative.

"We have three branches of government. That' supposed to be it. Not this fourth branch that says, 'Oh, we're going to give Hillary Clinton a pass here in 2016 so she can run but we're not going to give Trump a pass in 2020," Posobiec said. "We are going to give Hunter Biden a pass, but then we also are going to go after Trump in a preemptive coup in 2024 before he's even announced [that he's running]."

On Monday morning, Trump's Mar-a-Lago residence was raided by more than 30 FBI agents.

In a statement following the raid, Trump said, "It is prosecutorial misconduct, the weaponization of the Justice System, and an attack by Radical Left Democrats who desperately don’t want me to run for President in 2024, especially based on recent polls, and who will likewise do anything to stop Republicans and Conservatives in the upcoming Midterm Elections."

"Such an assault could only take place in broken, Third-World Countries. Sadly, America has now become one of those Countries, corrupt at a level not seen before. They even broke into my safe! What is the difference between this and Watergate, where operatives broke into the Democrat National Committee? Here, in reverse, Democrats broke into the home of the 45th President of the United States," he said.

In Tuesday's White House press conference, Press Secretary Karine Jean-Pierre said that the White House was "not briefed" about the raid beforehand.