The Liberals are dogmatists, not experts when it comes to climate change

McKenna’s campaign of climate panic is sadly par for the course for her throughout her term as the Environment and Climate Minister. 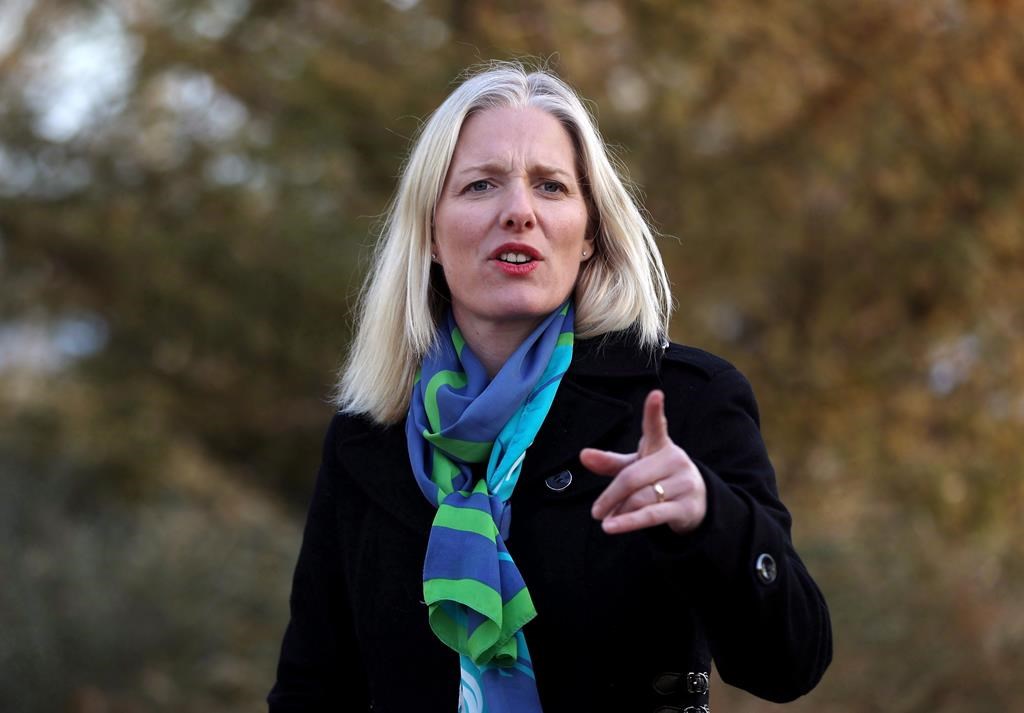 Catherine McKenna, the Minister for the Environment and Climate Change, held an event at St. George Catholic Church in February 2017 dedicated to caring for “our common home,” otherwise known as the environment.

The Green Churches Network hosted the event, whose mission it is to involve the Catholic church in the environmental movement. Minister McKenna was associated with the group from November 2016 to May 2017.

Several guests representing the church spoke in support of environmental activism, with McKenna’s statements reflecting a rather unusual approach to tackling climate change.

She discussed Alberta’s economic downturn, but in typical-McKenna fashion deflected the issue back to climate change, without considering the ramifications on its resource industry.

Claiming to understand the struggles of Albertans yet exacerbating the said troubles through policy and divisive vitriol is not helpful.

McKenna seems to acknowledge other’s perspectives but is quick to dismiss their views in the same breath.

It would appear her hypocrisy knows no bounds either.

“We cannot merely phase out the oil sands,” she states, only to then endorse the Liberal government’s closing of the coal industry while constantly pushing back target dates.

If I recall, Minister McKenna implied her opponents were climate change deniers for even questioning the viability of the carbon tax. Even the CTV host called her out for her divisive rhetoric.

The economic ramifications of a $50/tonne carbon tax, let alone a carbon tax in the range of $135 to $5,500 per ton per UN estimates, shows her plan is out of touch with the typical Canadian family. The costs incurred by them would be far too high, especially at the pumps and when it came to heating their homes.

Suffice to say, six in ten Canadians believe we face a crisis on pipeline capacity, yet little has been done to reflect the will of the majority.

Purchasing the Trans Mountain pipeline using $4.5 billion in taxpayer funds, to create no measurable gains in the industry, only further drives the point. It would be appropriate to say most seek to reconcile environmental concerns with our economic realities.

A “Green New Deal” or rhetoric espousing radical views is not the answer. But, in typical Liberal fashion, an elitist lens is used to identify and draft solutions to problems that affect us all. Ultimately, the middle-class would bear the brunt end of those costs.

In Alberta alone, the typical family would fork out $1111 in federal carbon taxes by 2022.

Naturally, we’d look to the big energy companies to incur more of the costs, casting blame for not doing enough to combat climate change.

For the record, though, that couldn’t be further from the truth.

Energy giants have significantly reduced their GHG emissions to the tune of 28% per barrel of oil over the past two decades, employing carbon capture technologies that reduce the harm incurred by the environment.

Shell and Suncor have invested hundreds of millions of dollars in its efforts to facilitate the transition for the industry to reflect today’s claim to responsible resource development.

For example, Shell’s carbon capture facilities store four million tonnes of CO2 emissions across Canada, equivalent to the output of one million cars.

Suncor, on the other hand, spent $1.4 billion to replace its coke-fired boilers with cogeneration units.

And while environmentalists will quickly deflect to our increased overall GHG emissions since 2000, which is due to increased global demand that will continue until at least 2040, private enterprise has taken some much-needed measures in developing its resources more responsibly.

And it’s high time we recognized that.

Climate change as a means to espouse social justice

Following a rather ineffective attempt to lure Albertans into her climate trap, she delves into its effects on Inuit Canadians only to reverberate her sympathies as white guilt.

Maintaining the hunter-gather traditions of the Inuit is hard enough as it is, citing starvation, illiteracy and disease as the main contributors for embracing a mixed economy.

McKenna states, “The connection they have [to the land, reflects] who they are as a people.”

And while true, that statement lacks insight into the evolution of Government-Inuit Relations, misleads on climate action, and attempts to monopolize the views of all Inuit Canadians.

A Canadian reduction in carbon emissions can’t stop the warming of the north. Only the world’s largest polluters, like China and India, could make meaningful contributions.

Is Catherine McKenna of the belief that the Inuit are just hunters? She acts as if they have not adjusted to the times that, in part and as needed they must rely solely on hunting in the Arctic or risk losing their identity altogether.

It is as if McKenna sees the Inuit as a museum exhibit for the government to maintain and gawk at in a place of cultural stasis. As if someone cannot be both Inuit and an accountant.

Ditto to the Liberal “consultation efforts” with First Nations and Metis groups on TMX. Ultimately, they proved misleading, as only those against the project were adequately consulted.

Later on in the speech, McKenna proposes that “We have to think about [climate change] the way First Nations think about it,” just further driving home the fact that McKenna thinks all Indigenous people hold the same values and are to be used as props.

Claiming or insinuating any group is a political monolith in an attempt to monopolize morality irks many, myself included.

Of course, it would be great to protect the environment of the north, but the way McKenna frames issues is insulting to the intelligence of different groups.

What happened to their promise of improving relations between the government and Canada’s Indigenous peoples?

What happened to their promise of a new “nation-to-nation” relationship that fosters healthy debate on reconciliation and bringing all Canadians together?

Through the same patronizing lens, McKenna claims that the effects of climate change are worse for women without substantiation. Instead, she uses anecdotal evidence in place of statistics, reports, or anything else credible.

She states, “Something that I sometimes tweet out, that gets a very visceral reaction, is the disproportionate impact of climate change on women. Not so many women here, although it would extend to Indigenous people when you look at what’s happening with the droughts in many countries.”

While dehydration and limited access to education for girls remain an issue, even in the 21st century, her remarks paint a picture as if men are slamming down bottles of Dasani as the women trek through nonarable lands looking for water.

Let’s examine the case of Bangladesh. Sea levels are projected to rise 1.5m along its coastline, leaving it at three to fifteen times the risk in 2100 of extreme seasonal fluctuations in sea levels.

Questions remain over how this impacts the way of life of many Bangladeshis, especially for the rural locals.

Notably, Bangladesh also faced a humanitarian crisis along the border with Myanmar, following the mass exodus of over 750,000 Rohingya Muslims fleeing religious persecution.

As well, it’s poverty reduction strategy has had no tangible impacts in the western half of the country, with one-in-four living impoverished, according to the World Bank.

McKenna fails to grasp that the problems of the third-world are far more profound and complex than just climate change, but it’s politically advantageous for her to believe it is.

To McKenna, climate change is a platform to espouse social justice advocacy—the way she talks about it makes it overt. Climate change appears to matter based on the groups it affects, not the actual universal challenges it poses globally.

This ideological slant is why McKenna and her party’s leader, Justin Trudeau, never seem to know what the actual effect of their carbon tax is on reducing emissions.

It isn’t meant to combat climate change. It’s about making sacrifices in the name of social justice.

Cathrine McKenna’s climate predictions are equally meaningless to the actions she proposes as a possible solution. The vitriol she espouses is not calculated or accurate. It’s used to scare Canadians into granting them a social licence that explicitly attacks our energy industry and its outputs.

According to an Abacus poll, 42 percent of Canadians believe climate change is now an emergency, while another 21 percent think it will be in a few years from now.

McKenna claims that “we used to spend 400 million dollars ten years ago on extreme weather events. [Now] we are up to one billion dollars per year.”

“20 years down the road [it will be] 40 billion dollars…If you’re worried about debt, ya know the government running up too much debt, think about that debt.”

Her 40 billion dollar prediction lacks substantiation, coming across as fantastical in light of no corroborating evidence.

If we are to assume federal funding matches the severity of the problem, McKenna is claiming that in 20 years, the issue of extreme weather events will be 40 times as great as it was back in 2017.

McKenna’s campaign of climate panic is sadly par for the course for her throughout her term as the Environment and Climate Minister.

Canadians deserve better than a paternalistic climate activist. Her oddly prejudicial views of people she claims to work for does not serve the best interests of Canada.