The media needs to settle down, Scheer’s statement was not a “dog-whistle”

Surely, if all of this was done to court the racist vote, Scheer has blown his chances by now hasn’t he? 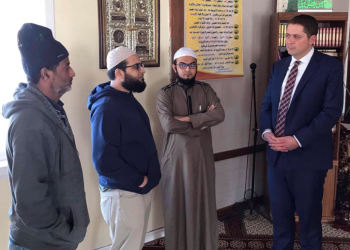 This weekend’s tragic and terrible shooting in New Zealand has sparked much conversation here in Canada concerning the topic’s of white supremacy, anti-Muslim sentiment, and racism.

Many politicians, leaders, and public figures around the world have rushed to condemn the horrific act of terror, as is wholly appropriate given the targeted, evil nature of the deed.

However, some statements were deemed to be lacking in the severity of their criticism of the ideology driving the attack. One such statement was the initial one released by Conservative Party Leader Andrew Scheer late Friday night.

Now one might wonder, what exactly is wrong with a statement such as this? Seems to be a fairly strongly worded condemnation of a heinous attack.

Ah, but you’re missing the point, dear reader. If you read between the lines, you can clearly see Scheer’s intent. It’s not what he said, it’s what he didn’t say.

You see, to many in the chattering class, including former Harper spokesman Andrew MacDougall, this statement was filled with malicious intent. Scheer purposely left out the word “Muslim” because he needs those crucial votes from racist Canadians in the next election.

If Scheer were to include a direct reference to the Muslim community, well, that would just be too much for the racists to bear, thus losing their all important vote, so the logic goes.

It wasn’t just MacDougall who raised a stink about this. Longtime National Post columnist Andrew Coyne penned a whole piece questioning Scheer’s motives in failing to deliver a properly worded statement the first go around.

Over on CTV, it was the same story. Politcal commentator Sally Housser called the statement a potential “dog-whistle” to racists, claiming Scheer’s initial failure to specifically call out the direct attack on the Muslim community an “electorally beneficial” tactic.

Of course, all of this seems to be overwrought given the fact that Scheer came out with a lengthy and more fulsome statement the following day, specifically condemning the violence against the Muslim community, following that up with a visit with an Imam today.

Surely, if all of this was done to court the racist vote, Scheer has blown his chances by now hasn’t he?

Of course, the more obvious answer is that Scheer is not a racist nor is he pandering to racists for votes.

Granted, he has not done himself any favours by failing to call out the more insidious parts of the Yellow Vest Movement here in Canada.

Let’s be clear, there are certainly racist Canadians. This is plain to see in the online reaction to the New Zealand shooting on pages like Yellow Vest Canada and Canadians First.

The increase in white supremacist attacks globally, thanks in large part to the power of the internet and social media, is a daunting problem which needs to be addressed by leaders on all sides of the political spectrum.

However, to say that the leader of the party currently favoured to win the next election feels the need to curry support from a tiny section of Canadian voters, with all the political risk that entails, seems like a bit of a stretch to me.

The goal of this shooter was to cause terror and incite a race war, according to his lengthy manifesto. Above all, he was looking to cause division, incite hatred and promote chaos.

The only way to combat such evil is to stand united in the face of it. The New Zealand shooting should not be turned into a political club to wield against one’s opponents, as Environment Minister Catherine McKenna proceeded to do in a rather despicable fashion.

I know it’s cheesy, but a little love goes a long way. We should all strive to show a bit more to our neighbors, particularly our Muslim ones, in this sad time.