The radical trans agenda is starting to take its toll

In the case of the radical transgender agenda, compassion has been weaponized to stop us from employing our good sense. 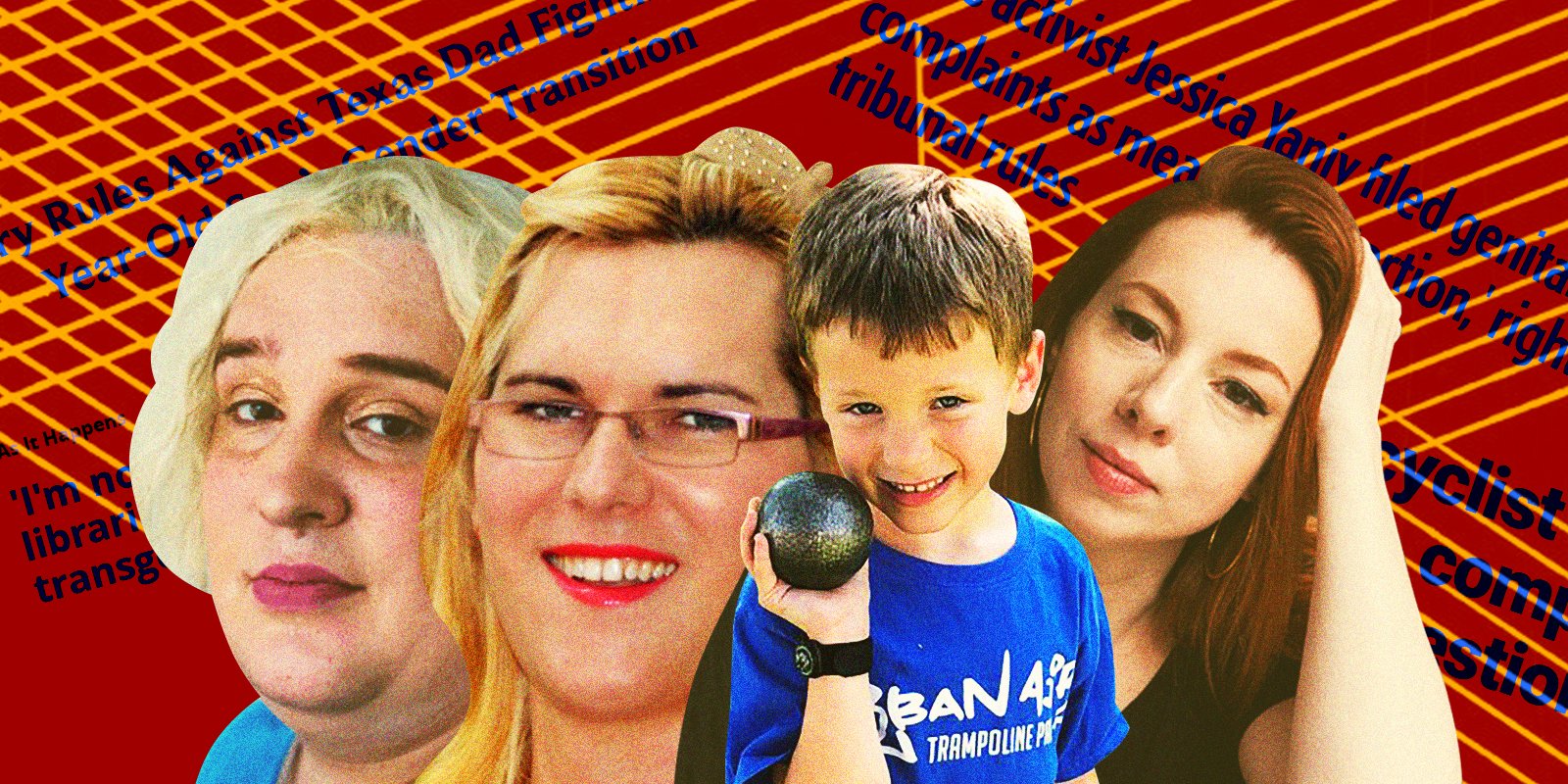 Radical transgender ideology has emerged into mainstream culture so fast that many people are getting whiplash from how quick we’ve gone from a society that comprehends the differences between male and female biology to one where those things are open for interpretation. Worse, its real-life effects are starting to be felt. Families have been torn apart; lives have been irreparably harmed.

In Texas, a father has been denied custody of his son because he refuses to uphold the mother’s delusion that the child is a girl. Jeffrey Younger tried to stop his ex from transitioning their 7-year-old, but in Texas, where custody cases can be decided by jury, judge and jury found in favour of the mother, Dr. Anne Georgulas. She has been given full custody and decision-making power for the boy, despite testaments that the child is going along with the mother’s wishes against his will. The implications are that the young boy may be given puberty blockers which may cause chemical castration.

The Toronto Public Library has come under rhetorical fire from trans activists and writers (yes, writers) for not denying noted feminist Meghan Murphy from giving a talk in one of their public rooms that had been rented by a local group of women for the occasion. The ask is that free speech be denied so that trans ideological claims can be upheld. This is a circumstance where writers are speaking out against speech so that trans individuals don’t have to feel bad.

Transgender cyclist Rachel McKinnon won another women’s cycling competition, taking the gold medal yet again. Women athletes who have trained their whole lives to excel in their sport are now losing to biological men with clear advantages in terms of body mass, bone density, and a lifetime of testosterone. It’s to the point where one wonders what the purpose of women’s sports is at all.

In a highly publicized case before the BC Human Rights Tribunal, covered in-depth by The Post Millennial, Jessica Yaniv brought suit against female estheticians who did not wish to give her an intimate waxing. Her suit was not successful in requiring these women to wax her testicles. But before the decision was reached, the suit destroyed women-owned small businesses, and the lives of the mostly immigrant women who depended on this income.

All of these very recent examples illustrate just how radical trans ideology is taking its toll on western society. The concept has been on the fringes of culture for decades and was taking shape within leftist circles. By the time it hit the mainstream, it was a fully formed dogma. The ideas had been shaped, as was the way the discussion would be carried out, and the dogma enforced. The enshrining of the concept of transphobia was instrumental in linking anti-trans ideology with hate speech. This is what has effectively silenced so many. Culture was in no way prepared for this onslaught, and the ground trans ideology has gained in such a short period of time shows that. It has taken root in the loci of control in education and popular culture.

New Zealand’s Massey University has cancelled the scheduled Feminism 2020 conference. The event was organized by Speak Up for Women, who have been outspoken in their lack of support for inclusion of trans-identified men in women’s sports and gender self ID. Trans advocates lashed out about the event. Women who refuse to kowtow to trans interests are being silenced in the English speaking world around the globe.

Educators are being indoctrinated in gender ideology with “gender snowmen.”

As we’ve recently discovered, detranstioners and desisters are starting to emerge and tell their stories. The original Sunday school students of the radical trans church have grown up only to discover that they have been physically and psychologically damaged by the notion that they can wish their preferred biology into reality with zero consequences. Imagine realizing at 22 that you will never be a mother because you and the medical community consented to a lie that resulted in you having a voluntary hysterectomy at age 18.

Netflix’s cartoon She-Ra and the Princess of Power has introduced a non-binary character so that kids who aspire to participate in the non-binary trend can see how easy it is to proclaim their gender-free specialness. The character is called Double Trouble, and will be “able to magically transform themselves into any person they see.” Seems like quite a superpower, but transitioning gender is not magic, instead, it involves a series of painful surgeries and daily hormone injections.

The well-researched Gender Resource Guide, put together to show parents that there is another road to take when a child demands that they are trans, was roundly ridiculed because gender critical feminist authors paired with conservative organizations, who in this limited regard have the same goal—to uphold the sanctity of children’s bodies from medical experimentation. Gender-critical feminists were excluded from the left’s conversation about gender and biological sex, but when they seek a platform elsewhere, they are critiqued for that as well. Trans activists would rather these women be silenced.

Menstrual products are being rebranded to have nothing to do with being female, as Always and other companies change their panicking to include women who have periods but don’t refer to themselves as women. This seems like a non-issue, but when linked to all of the other avenues in which women are being effectively erased from their own biological reality, it is a stunning gain for radical trans ideology.

Language is taking a hit as well, with trans-identified men demanding that their children, which they conceived prior to transition, call them mother. In New York State, compelling a child to call someone mother other than their mother is grounds for a custody hearing. In the UK, a pregnant woman who is legally classed as a man wanted to be called father on their child’s birth certificate. While the High Court denied this, they had to rule that mother is not just a noun but a verb, and that one who mothers is a mother.

The Supreme Court of the United States heard oral arguments on October 8th regarding three, linked cases, that together, will give the court the means to rule on the fraught issues of gender identity and sexual orientation. The case of Harris Funeral Homes v. Equal Employment Opportunity Commission regards an individual who was released from employment due to their presenting at work as the opposite sex. At issue for the Court is the determination of exactly what is meant by the word sex, and the sex-based protections afforded under the Constitution. Their decision will be made public in 2020 and this case will have far-reaching consequences.

All of the above incidents are not outliers. They are part of a uncivil pattern that we, as a civil society, will have to face head-on sooner than later. The time is now to push back against the indoctrination that is harming children and has led to so much damage in the lives of young adults. It’s only going to get worse in the short term and the lawsuits are only just beginning. As trans activists push for broader acceptance of dangerous and harmful self-obsession with gender, parents must stand up for their children, and their rights as parents. Educators must push back against compelled speech that demands they use cross-gender pronouns and uphold children’s delusions.

The medical community must not give into big pharmaceutical companies that would rather people become lifelong patients, hooked on drugs simply to maintain their cross-sex fantasy. Doctors must refuse to butcher the reproductive systems of children’s healthy bodies. And we must not give up the idea that women and men are actual realities.

It goes without saying that all trans people are deserving of respect and equality under the law. You will not find one reasonable person who would disagree with that. But we must all stop being held hostage by our own impulse to be compassionate to those who experience life differently, and realize that in the case of the radical trans agenda, compassion has been weaponized to stop us from employing our good sense.